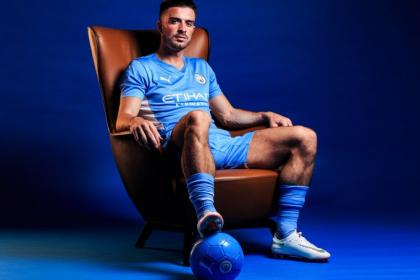 Jack Grealish will not have consolidated yet in Manchester City, despite the 110 million euros it cost, but it does not mean that he is not a crack. He still has to prove it on the field but, without a doubt, he has made it very clear off it.

The Brit is featured on tabloid media covers for his noisy and not at all discreet holiday parties, which have had all the seasonings: in Ibiza he was seen with a voluptuous influencer and now, in Las Vegas, his theme with champagne is quite an event.

The footballer was at a pool party in a hotel in Las Vegas with eight friends, drinking four jeroboam-sized bottles (equivalent to two magnums) of Rock Angel Rosé, valued at 3,567 euros each, according to The Sun newspaper.

“Grealish is so attractive that a group of attractive young women in bikinis were wandering around hoping to meet their idol. They soon made their way to the suites,” an eyewitness explained, referring to the Encore’s duplex suite in Las Vegas. , which costs about 6,000 euros per night.

And it is that the VIP plan that the player bought in Las Vegas, which cost him no less than 92,993 euros, according to the source, included 116 bottles of champagne in a booth, the same one that he would have used in the Zouk club, apparently accompanied by a very attractive young brunette. That is to say, as The Sun explains, that the player ended up with his girlfriend Sasha Atkins a long time ago, with which he lives without concern the publication of the photos of his parties.

Obviously he is having a great time on vacation, aware that on his return to City he will have to do much more than what he has offered so far to justify the millionaire investment in his signing. Although there will be time for that. For now, what happens in Vegas stays in… the tabloids.