“It’s always nice to be in the National Team” 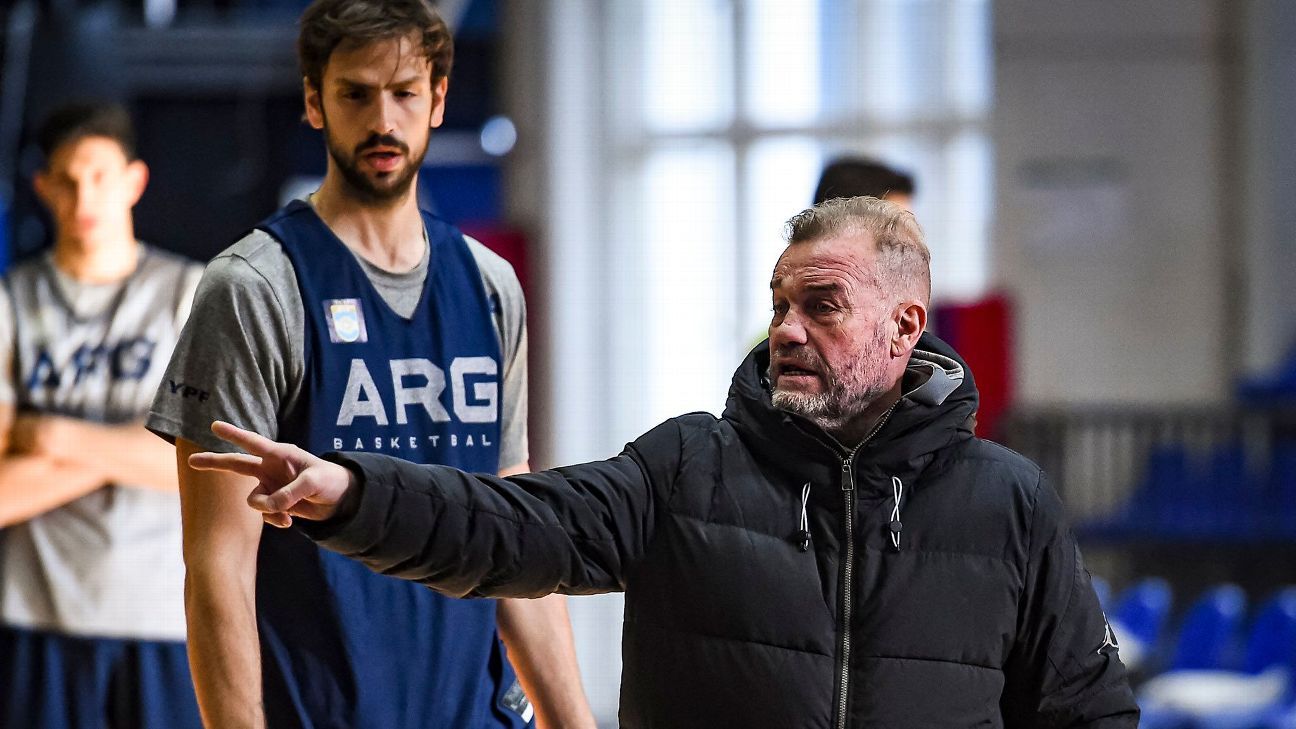 Marcos Delía is a fixture in the Argentine basketball team. From the 2013 FIBA ​​Americas Championship to the 2019 World Cup he did not miss any of the 11 tournaments in that period and he recorded a streak of 48 consecutive matches played. After participating in the Tokyo Olympics, he was barely absent in the first qualifying window for the 2023 World Cup due to his incipient fatherhood, but he returned for the following matches. “It’s important to me. It’s always nice to be in the National Team. I like to have a new challenge. Being part of a process that started recently and being there from the beginning requires an extra effort to understand the coach’s ideas and to know what do we want to play We are in a beautiful moment, getting to know each other above all with the coach. I have a lot of desire and expectations,” Delía said.

Argentina will face two games as a visitor in the third qualifying window towards the World Cup: against Venezuela on June 30 and against Panama on July 3. With all the leagues of the different countries completed -Delía played the last two seasons in Trieste in Italy-, the preparation time for this opportunity is longer. This is how Marcos lives it: “In the windows that are during the season it is difficult to get an imprint of the game because we arrived from a trip, we have 3 days to prepare and we are already playing. Instead, now we have more training sessions, we can practice what we want and we’re feeling good. It’s a long process and qualifying for the World Cup is difficult. The World Cup is also difficult, so now we have a year until that big tournament and I think we’re going to get there in the best way”.

read more  A BOLA - Football Leaks: PJ inspector assumes that she signed a report without reading it (Justice)

The 2.06-meter pivot, from Saladillo, explained that the priority is to strengthen his own development and give the idea of ​​coach Néstor García a run: “We’re more focused on ourselves, trying to find an identity. We already played against both teams and we know them. Closer to the matches we will study them more in depth. The two away games are going to be difficult. Beyond the fact that we are already classified for the next phase, the important thing is to achieve our highest level”.

Delía detailed what are the determining factors in Che García’s proposal at the head of the national team: “Fundamentally, we play with patience, as a team, sharing the ball and looking for the extra pass. It is the identity that Argentina always had. We have players who individually can create play for others and also create their own shots. It is important that everyone touches the ball and feels comfortable. Also, play with intensity in defense.”

Throughout her journey with the Argentine national team, Delía always had Luis Scola as her teacher, guide and companion. The great captain marked him for his way of working and his behavior both on and off the pitch. Since Scola’s retirement, Delía has become the most experienced player in the team and tries to offer the legacy to the younger ones, especially the internal players. “You work by example. I try to pass on to them everything I learned from the veterans when I was one of the youngest. The responsibility in each training session, the way of handling oneself and the respect on a day-to-day basis. On the court, each one with its characteristics it finds its way, but always starting from the previous one to find good paths”.

From his calm and clear way of speaking, which contrasts with the ferocity with which he moves on the court, Delía knows that at 30 years old he is already a benchmark for the Argentine basketball team and assumes that role of leader.