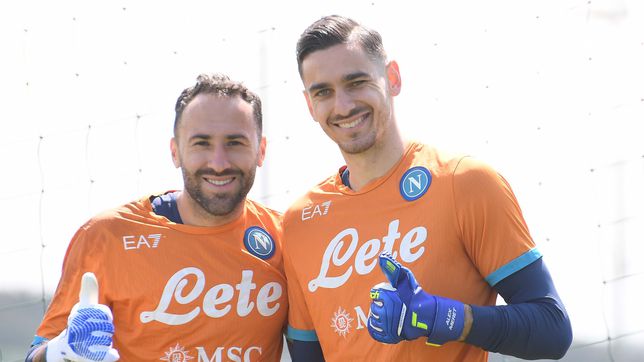 David Ospina’s contract is one week away from ending with Napoli. The situation between the club and the player is becoming more and more tense and for now there is no green light for the renewal. Luciano Spalletti, DT of the team, wants to have him for next season, but the board is firm with what he proposed to the Colombian goalkeeper.

Now, Salvatore Soviero, Italian exporter, criticized on Radio Marte the way in which the Colombian goalkeeper has handled his situation, for him it should not be so demanding in the operation and he put a value on the market.

“Ask for 3 million net, or 6 gross, to stay in Naples. For me he is not a 6 million euro goalkeeper. The team drew a line. That money, as I see it, is not worth it. Napoli has shrunk and, today, the whole world has shrunk. David thought that he had played who knows what championship with Napoli… They tried it with Real Madrid, but even Real struggled to satisfy him. For me, Ospina is not worth even 2 million euros a season”, highlighted Soviero.

Alex Meret is very attentive to the situation of David Ospina, the young Italian goalkeeper does not want to share the title and if he stays, the safest thing is to leave the club. Real Madrid is looking for a second goalkeeper and the Colombian is one of the great options.

The future of the 33-year-old goalkeeper will be defined in the coming weeks. From the Selection they also seek to define it soon. Néstor Lorenzo hopes that he will arrive in Madrid. “Hopefully Ospina can go to Real Madrid or continue in Napoli, which was very good,” said the new Colombian coach.