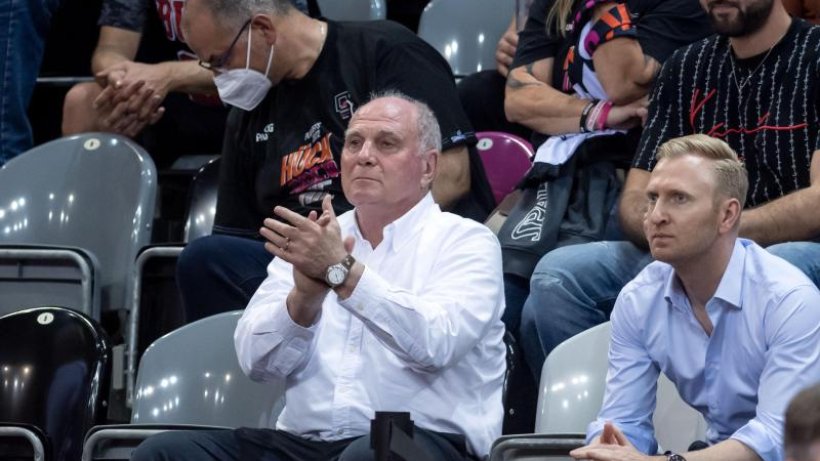 Bonn. Honorary President Uli Hoeneß is looking forward to the repeat of the final against Alba Berlin after the basketball team from FC Bayern Munich defeated Telekom Baskets Bonn in the semifinals.

The first of a maximum of five games for the German championship will take place in the capital this Friday. “I’m happy that we’re in the final at all,” said Hoeneß (70), relieved after Bayern Munich’s 87:74 in the crucial fifth game of the semi-final series away in Bonn. “Berlin against Bayern Munich is always something special,” said Hoeneß afterwards about the final pairing: “I hope that our team can now carry the momentum from the semifinals into the final.”

A year ago, the Berliners beat Bayern in four finals in the national basketball classic. The Munich team most recently became champions in 2018 and 2019, Alba in 2020 and 2021.

As a spectator in the Telekom Dome, Hoeneß certified that the defeated Bonners “played outstandingly throughout the semifinals”. In the decisive game, however, his Bayern “played very well with a small dent in the second and third quarters. In the fourth quarter they played the victory home very confidently,” said Hoeneß.