Half a century of Title IX, the giant step in women’s sports: “Not only did the USA change, but the whole world” 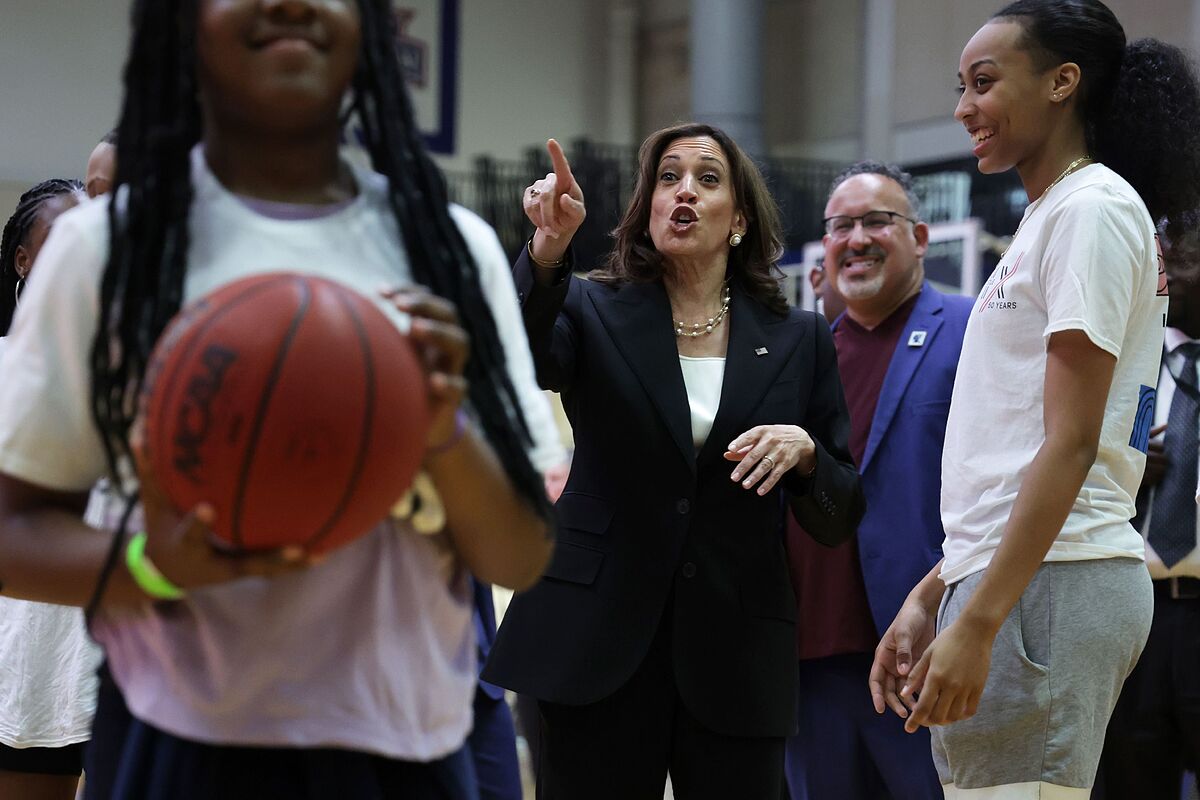 Women’s participation on US Olympic teams has increased 310% over the last 50 years.

On June 23, 1972, Richard Nixon he signed the famous Title IX, the law that required equal opportunities for US educational programs with federal funding, including sports, without discrimination based on race or sex. Since then, girls’ participation in high school sports has increased more than 1,000%, according to the National Center for Education Statistics. Also, participation in college sports soared more than 500%, according to the Women’s Sports Foundation (WSF).

The vice president joined the acts of commemoration Kamala Harris, who on Thursday went to the American University of Washington to participate in a basketball game. “The impact of Title IX in the US is profound,” assured Sarah HirshlandExecutive Director of the United States Olympic and Paralympic Committee (USOPC). Female participation in the US Olympic teams has increased by 310% in 50 years, while in the Winter Games it grew by 300%.

“In this time we have witnessed a remarkable progression, with women representing a greater percentage of our Olympic delegations and of the global baggage of the medal table,” adds Hirshland. “It’s a great thing for Team USA and for women’s sports in general.”

The number of women’s events at the Games doubled between 1972 and 1992 (43-86), according to the USOPC, and the Winter Games went from 12 to 23 events in the same period. “That changed the landscape for women, not only in the United States, but throughout the world, which was aware of what was happening here,” she stressed. Katherine Switzermarathon pioneer, during an interview prior to the recent New York Road Runners, a 10-kilometer test.

read more  Ter Stegen and a stop to remember: "He has saved us" | LaLiga Santander 2021

Switzer was the first woman to run the Boston Marathon after defying ban and competing under her initials in 1967. She also pushed for a women’s marathon to be included in the Games before its debut in 1984. “There was a generation of girls growing up and he realized he had a right to take his opportunity,” Switzer said. “Then they were able to set their sights on the Games.”

Women represented almost half of the athletes in Tokyo 2020 (48.7%), which represents an increase compared to the 45% of the Rio Games, according to the WFTU, which predicts a “strong probability” of equal participation in 2024 However, there is still work to be done to achieve a true level playing field. Gains have been disproportionately noted, with students from marginalized backgrounds gaining less.

“Sport as a wick”

A WFTU report last month revealed that girls in predominantly white high schools have 82% of the sports opportunities of boys. This figure drops to 67% in centers with a black majority. “We must work to help and support our disabled athletes and give more opportunities, obviously, to our BIPOC (black, indigenous and people of color) community”, added the general director of the WFTU, Danette Leighton.

This month, the WFTU partnered with the National Women’s Law Center (NWLC) and the Billie Jean King Leadership Initiative to launch “Demand IX,” a campaign to strengthen Title IX protections.

It should be remembered that initially, the objective of the law was limited to equalizing academic disparities. “Title IX initially had nothing to do with sports, but it quickly acted as a fuse,” explains Laura Mogulescuofficial in the New York Historical Society.

read more  Euro 2020: return to the highlights of the weekend and Sadio Mané, man of heart!

Its start coincided with decisive movements in women’s sport, including tennis, when nine of its best players, led by Billie Jean King, started their professional circuit after seeing that the prize money was going disproportionately to men. “The ‘Battle of the Sexes’ took place in 1973 and a couple of months later King testifies in Congress in support of the Women’s Educational Equity Act, which helps fund programs that implement Title IX in schools,” Mogulescu maintains in reference to King’s victory against Bobby Riggsex number 1 of the rnking, in that famous party of exhibicin.

Deena Kastor, winner of the bronze in Athens 2004 and former national marathon record holder, Title IX meant for her “not knowing the lost opportunities”. “When she was 11 years old, she was sitting in the living room of my parents’ house watching Joan Benoit Samuelson I won the first Olympic medal in the women’s marathon (1984),” she recalled. “I don’t think I knew what it meant at the time, when I was a child. But I could feel the importance of it.”