“Great fear of punishment and death”: LGBTIQ+: Humiliated in Qatar 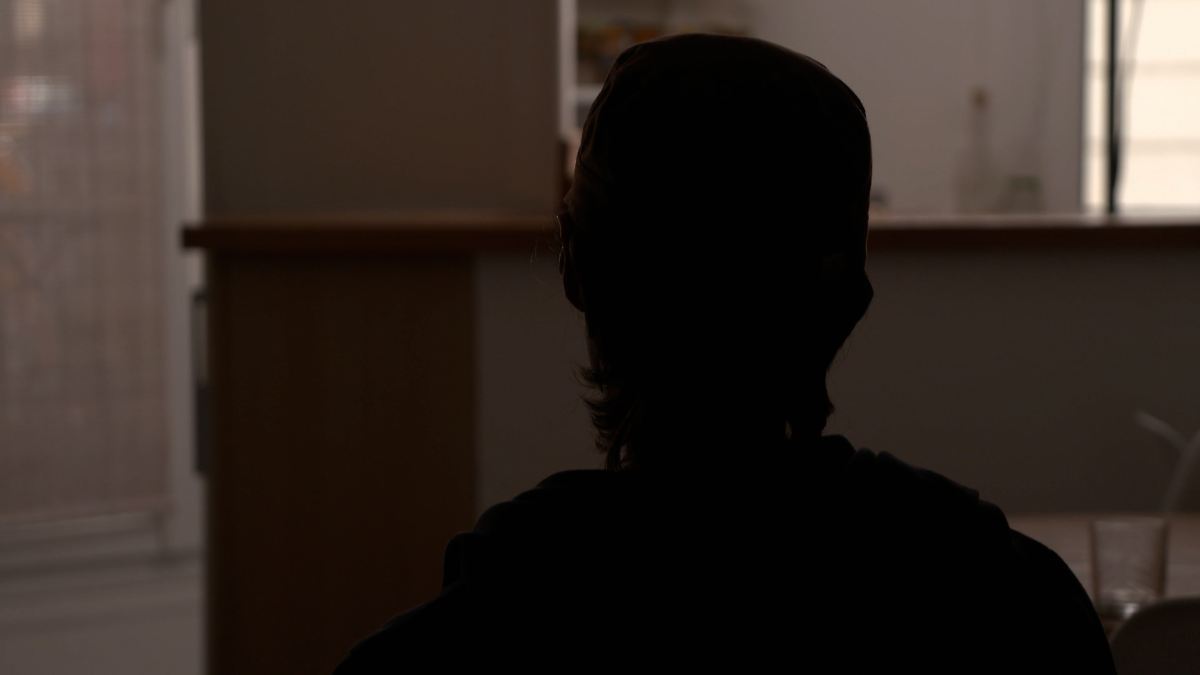 The soccer World Cup in Qatar is overshadowed by serious violations of human rights and thousands of dead guest workers. One demographic that is also experiencing great suffering is the LGBTIQ+ community. Our reporters Jonas Gerdes and Timo Latsch succeeded for the first time in interviewing homosexual Qataris on camera about the difficult situation in their home country. For fear of criminal prosecution and the government’s far-reaching monitoring options, the locals sometimes only communicate about their sexuality using code words; the preliminary talks with the reporters took place via encrypted messenger services. They appear at secret locations in Europe and Asia for the interview.

Nasser Mohammed is gay. And happy. But Nasser Mohammed comes from the desert emirate of Qatar. His old life and his sexual orientation, they didn’t go together. He had to choose. For his life. Or for his homeland. He had to break with the country, with his family, to be who he is and who he wants to be. A normal man who loves men and lives a happy life. In the USA. In San Francisco.

“Red card instead of rainbow – homosexuals in Qatar”

RTL shows the report “Red card instead of rainbow – homosexuals in Qatar” in a night journal special on the night of June 23 at 0:20 a.m. as part of the “Diversity Week”. RTL Aktuell will show the first excerpts of the report by Jonas Gerdes and Timo Latsch on Wednesday, June 22 from 6:45 p.m. On Thursday, June 23, ntv will show the report from 3:40 p.m. Afterwards it will also be shown on ntv.de and RTL+.

Nasser Mohammed is the first Qatari in the world to come out publicly on the BBC just a few weeks ago. It was a coming out with consequences, with a huge echo, as the 35-year-old reveals in the report “Red card instead of rainbow – homosexuals in Qatar” (first broadcast Thursday, 0:20 a.m.). A coming-out that radiates to his homeland.

There is fear and anger in the gay community in Qatar. Because in the emirate the soccer World Cup will be held this year. As a winter tournament where everyone is welcome. Should be. That’s the message from the host country and from FIFA, who are looking forward to this giant event in the desert, which has swallowed up over 200 billion euros, with the greatest euphoria. Gianni Infantino, the powerful world association boss who now lives in Qatar, once again promises the “best World Cup ever”. Just for whom?

They hide to function

It’s like so often: A large sports association awards a tournament in a country that has absolutely nothing to do with the values ​​of the western world “and that doesn’t take the Universal Declaration of Human Rights very seriously”. The arguments are always similar. In football and FIFA, the missionary spirit of the award is sought. It is then said that football belongs to everyone. And human rights? They would only be improved in dialogue! They would only be improved by the publicity that such a tournament brings with it.

That’s the logic with which football argues. The football that comes to mind and ultimately doesn’t care what really happens to the people living there. They suddenly have to function, they only have to deliver at this one moment (this has also been the case for guest workers for years) and then they are forgotten again. Some can’t work, can’t deliver. You are scared. They have to, they have to hide their insides. Like the members of the LGBTIQ+ community. A young Katari, whose real name cannot be given for fear of existential, if not life-threatening, penalties, sits somewhere in Europe. Country and place remain secret. The fear is so great. What he says is shocking.

“We are very afraid of punishment and death,” says the 32-year-old, who still lives with his parents in Qatar and traveled to Europe for the interview. “We learned again and again in our youth that being gay is an aberration, not something natural. It’s against God, against Allah. And society and the government fight us in very different ways.” The police, he reports, can show up at any time and take you to an undisclosed location. The police can use mental and physical torture if they want. They would confiscate personal belongings and search the cell phone. He says: “The officers intimidate you, they bully you. They can hold you against your will for some time.”

Homosexuals are not tolerated in their own population. And not welcome as guests. This was shown by joint research by the Nordic broadcasters NRK (Norway), DR (Denmark) and SVT (Sweden) published last month. The three TV channels conducted an experiment in which two journalists pretended to be a newly married gay couple from Sweden and asked for a room at the World Cup hotels.

Of the 69 listed hotels, 59 responded. Three rejected the request. “Thank you for your question, but according to our hotel policy we cannot accommodate you,” read one of the replies. Another 20 hotels told the alleged couple that they are not allowed to show their sexuality and also warned that “if you put on makeup and dress homosexually” you would violate state policy. “Neatly dressed” and without sexual activity, nothing would be a problem.

Qatari authorities confiscated rainbow-colored toys last December. The reason given at the time was that they violated Islamic values. Almost a month earlier, the Qatari television station beIN Sports, which also broadcasts the World Cup games, was accused of inciting homophobia.

Whipping or even the death penalty possible

Nasser Al-Khater, executive director of the World Cup Organizing Committee, said: “When we travel we respect other cultures and we expect the same from fans: showing affection in public is forbidden, whether by members of the LGBTIQ+ community, or by heterosexuals. ” The functionary does not see any hypocrisy about the repressive action against his own population. Homosexuality is a punishable offense in the desert emirate. Article 285 of the Criminal Code states: “Anyone who sleeps with a man over the age of 16 without coercion, coercion or cunning shall be punished with imprisonment for up to seven years.” Islamic law even allows flogging and the death penalty.

It has nothing to do with Western values, with an open society in which everyone can live as they wish. And not with the values ​​that FIFA boss Infantino publicly represents. An interview request from RTL/ntv on this subject went unanswered. At a show event in Qatar, when asked about the situation, he said: “Everyone is welcome at the World Cup in Qatar. Everyone is safe at the World Cup in Qatar. That’s our line. That’s what we’re working for. And that’s how it will be it coming.” In the LGBTIQ+ community, this good faith is not very common. The Qatari government has also so far left an RTL/ntv request unanswered.

The topic has long since come to the fore in the European perception of the countless problems surrounding the World Cup award to Qatar. Reactions to the revelations were clear. The Welsh association announced a partial boycott immediately after qualifying for the desert tournament. “They will not travel to the tournament, it is their absolute right,” said federation chief Noel Mooney of an unspecified number of national team staff. They are unwilling to travel to Wales’ first World Cup since 1958 because of Qatar’s attitude towards homosexuals. The official Welsh LGBTIQ+ fan organization is also refusing to travel to the emirate for understandable reasons.

FIFA does not respond to this. She sticks to her path, to her dialogue arguments. Infantino says: “Football is the most important thing. Football is popular all over the world, so we have to open up the world. It’s important to go everywhere.”

Which, as the 2018 World Cup in Russia shows, is not a sensible argument. “It was great that the Russian people, celebrating together with fans from all over the world, were able to learn that Russia is not surrounded by enemies, but that there is a ‘we’ that also extends beyond Russian borders,” said Peter Franck, Russia expert at Amnesty International in Germany after the tournament and hoped the experience would be lasting.

The expert was pleased that the media were also able to take a critical look at the country. Less than four years later, Russian President Vladimir Putin launched a war. When preparations for the attack on Ukraine in the summer of 2021 were already underway and the European Championship was in St. Petersburg, Infantino visited the autocrat again. He later thanked “the President of the Russian Federation and the Football Union of Russia for not only continuing to support the fundamentals of football for success, but also for using the power of football to promote diversity on and off the field”.

A trans woman, whose name is Faisal here, says how monochromatic the colorful diversity for homosexuals in Qatar is, when she was brought up as a boy. “So I’m not causing unwanted attention. The way I present myself at home now is not the real me. It feels like I’m acting and not being myself.” This hide-and-seek game leaves deep scars.

“It’s not a very good mental health environment to be told at a very young age that what you’re doing brings shame and what you’re doing is wrong when you’re doing nothing but yourself be. So you have to pretend you’re someone else. And when you do that, you’re either unhappy or it’s not very successful. It doesn’t take very long before you’re trying to be who you really are again are you.” Just Faisal, a woman.

“The worst thing is when I travel and then come back to Qatar and have to go through customs. It’s the scariest experience I’ve ever had,” she says. “They force me to open my suitcase and go through all my personal belongings. They ask me why I own women’s clothes and make-up. Even though I would tell you that owning women’s clothes is not illegal and not comparable to drug smuggling, customs officials would insist that a man wearing women’s clothing is breaking the law in Qatar.”

The World Cup is coming up. A football festival. But is it allowed to celebrate? Everyone has to decide that for themselves. Nasser Mohammed sees it this way: “It’s like you’re invited to a party, to a house where children are constantly being abused. Anyone can come and bring their children. Everyone can do whatever they want, even dance on the tables . Only the children who live in the house are down in the basement and are not allowed to do anything, otherwise they will be punished. Now that you know that the children are being abused: Do you want to come to the party?”