Four titles and too many records: How Steph Curry made himself immortal 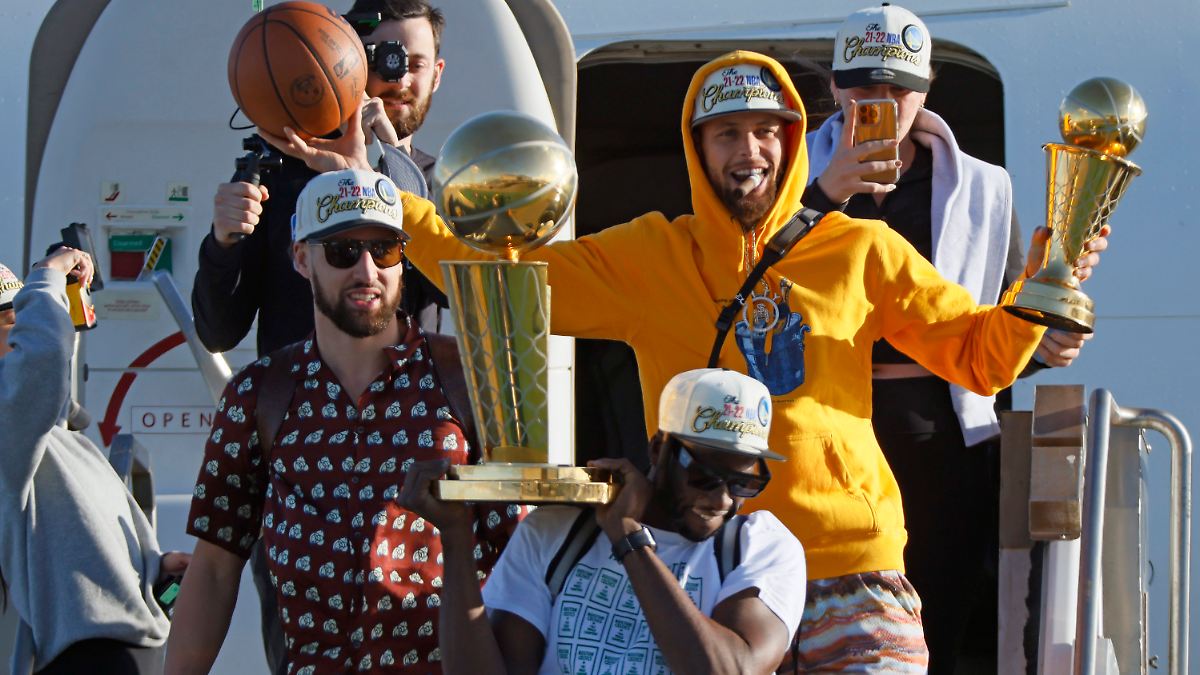 The NBA Finals Most Valuable Player made his mark on the finals—as he has on basketball as a whole for the past decade. After the fourth championship in eight years, it should be clear: Steph Curry is one of the best and most dominant players of all time.

Stephen Curry burst into tears. With the game clock ticking down to zero, Golden States All-Star Guard hugged his father Dell at the baseline and let his emotions run wild. A few seconds later it was official: Curry and the Warriors were NBA champions – for the fourth time in eight years. “It was an overwhelming moment,” said the 34-year-old later in the press conference. “This title feels very different from the others. The long road back here after three tough years. All the burdens we were carrying. The individual and collective dedication, our stubbornness despite nobody believing in us. We just kept working, just focused on ourselves. And that’s why this title is very special.”

What didn’t the Warriors go through? After five finals in a row and three championships between 2015 and 2019, the former super team broke up. Kevin Durant went to Brooklyn, Klay Thompson suffered multiple devastating injuries and missed more than two full seasons. Curry broke his hand and missed the entire 2019/20 season. The Warriors crashed, finished last in the league. Curry and a decimated Warriors squad also missed the playoffs last season.

In the “Bay Area” they remained stubborn, still believing in their “title core” consisting of Curry, Thompson and Draymond Green. The trio has been playing together for ten years. Only one professional in the league has been in the service of the same team that originally drafted him for longer – but hasn’t played a sporting role there for years. It’s different in Golden State, where the “Big Three” stick together, lead, thrive. “We built something here for ten, eleven years,” says Curry. “That’s a lot of value, especially at this level because we know how to win.”

Although critics gave them no chance of winning the title, everything has come together perfectly for the Warriors in recent months. A harmonious mix of veterans and youngsters found the right formula at both ends of the stage. The “Dubs” surprised with the third-best record in the NBA, swept away Denver, Memphis and Dallas in the playoffs, and suddenly made it to the NBA Finals for the sixth time in eight years. The last time Michael Jordan’s Chicago Bulls did that was more than 20 years ago (1991-93 and 1996-98).

Curry delivered five brilliant games there and was the best shooter on the floor five times in six finals. Despite 34, 29 and 31 points on his part, the Warriors still had their backs to the wall in game four. Away at the rabid Boston Garden, behind at the break and in serious danger of falling behind almost irretrievably, teams in a 3-1 hole have lost 95.2 percent of all series in NBA playoff history, in the NBA Finals even 97.2 percent – Curry was there. And how! With 24 of his 43 points in the second half, the point guard not only single-handedly regained home advantage and control of the series. With his sensational show, he also broke the collective will of the Celtics, who did not win a game after that.

Although they tried their best to isolate, attack and physically wear down Curry, Boston’s “goblins” bit their teeth at the six-foot guard. At the back end, Curry is no longer a weak point, even against larger and more imposing opponents. Years of hard work in the weight room have left him in the fittest shape of his career. In attack, he has long since mutated into a one-man system, an individual basketball remedy for everything that is thrown at Golden State.

It also works without the outstanding second option

If you don’t pay attention for a moment, it rains threesomes from areas and distances that no defense in the world can patrol. If he is covered too tightly, he sneaks out through the back door. When pressured by two or even three defenders, he reads every rotation with what is now frightening perfection, serving up easy points and shots to his teammates. As soon as Curry took a seat on the bench, the Warriors attack imploded. With him on the court, the San Francisco team was 15 points per 100 attacks better than without him in the Finals – more than the statistical difference between the league’s best and worst attacks.

In contrast to the first three titles, when Curry could rely on a metronome-like Thompson and the best pure scorer in NBA history, Kevin Durant, this year he lacked options that he could always rely on in the past. Thompson recently had more injuries and surgeries than All-Star appearances. Former number 1 pick Andrew Wiggins came as an extra in a swap deal two years ago and was long considered overpriced. And the always explosive Green did not hit a barn door in the entire series of finals, only got his first three in the last game and more than ten points.

It’s a good thing that Curry has long been much more than just the best shooter of all time. It’s one thing to smash every three-pointer and throwing record this league has ever known. Not only helping to shape an entire era, but also putting your stamp on it is something special. Especially given its size and position. Kids today want to play like curry. He played a key role in the worldwide obsession with the long ball. Some even flirt that he “ruined the game.” Although he overwhelms with precision and skill, rather than the physical excellence always accustomed to the legends of the League, Curry’s individual superiority and potency should not be underestimated.

“What he does with his opponents is pure dominance,” says Green, who has witnessed the Curry phenomenon up close for ten years. “The whole NBA now plays a basketball that Steph Curry created with an ideology. How can anyone say that’s not dominant? No other guard in history has shaped the basketball of an entire era.” Going further, Curry is recognized as one of the all-time greats – positions notwithstanding.

Only six players have played more games with 30 points or more in the NBA Finals than Curry (14). Only Michael Jordan (33.7 PPG) has a higher point average than Curry (32.5) in crucial games. His 34 points, seven rebounds and seven assists in game six were the knockout in a streak Boston never got to grips with the Warriors’ perpetual motion machine. An average of 31.2 points per evening, 31 hits from beyond the three-point line and an elite rate of 43.6 percent from the outside cemented his status as an NBA legend in the long term.

“He’s one of a kind, nobody will ever be like him again. His influence will last for generations,” says Thompson, his congenial partner on the backcourt. For Andre Iguodala, himself also part of the Warriors core since the first championship, Curry “has established himself as the best point guard of all time. We will all miss him when he eventually stops playing, and likewise his influence, not just on the Warriors and the NBA, but the whole world.”

Perhaps the best way to describe what this fourth championship means for Curry’s role and legacy among the All-Time Greats is as Warriors head coach Steve Kerr, who has now won nine titles as a player and coach: “I am still as in awe as the first day next to him. What he does with his size is so contrary to all the traditional legends we know. I couldn’t be more excited for anyone. This is the ultimate culmination of an incredible career.” 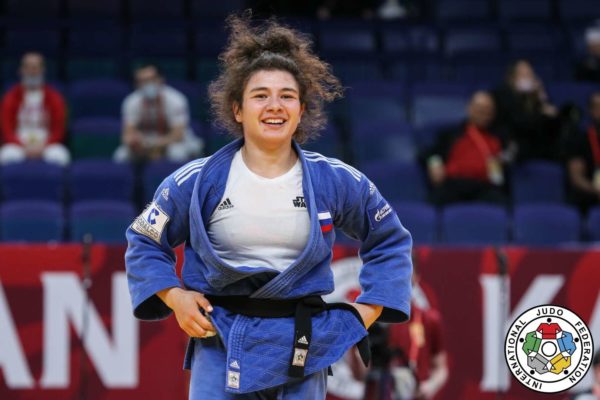