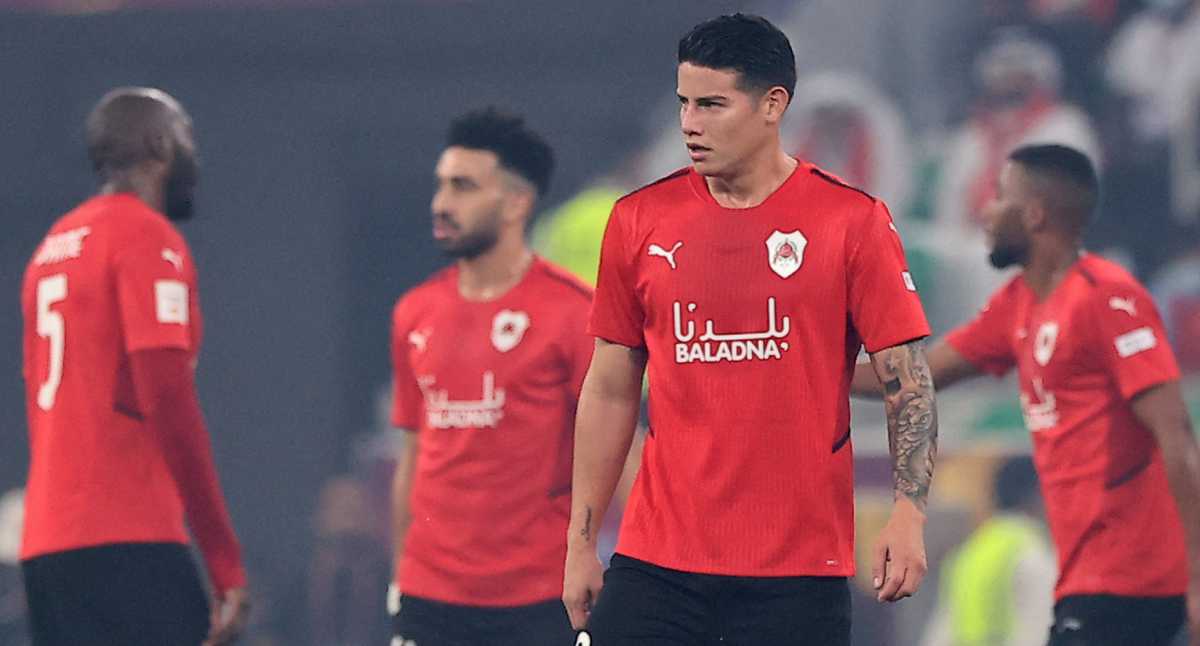 James Rodríguez’s vacations have lasted longer than normal while waiting to define what will happen to his future and the options that his agent Jorge Mendes may put on the table, in charge of walking his name through Europe with the slogan of fulfilling the player’s desire to return to the big leagues.

But one thing is his desire to play again in the old continent and another is the ease of getting offers. Although Mendes has contacts in the Premier League, in Spain, in Portugal and even in Turkey, at the moment the line of simple interest in a formal offer has not been exceeded.

As much as James wants to leave Al-Rayyan, the contract he signed until 2024 forces him to look for a team that wants to invest in the termination or, on the contrary, sit down with the owners of the Qatari club and agree on a friendly exit in the following days, before opening the summer market that will officially start on July 1.

The constant in recent weeks is that the name of the Colombian is closer to America than to Europe, emerging candidates to sign him as Boca Juniors and David Beckham’s Inter Miami.

What was not in the plans is that an offer would come from Brazil, from a team hitherto unknown in the player’s environment. According to journalist Felipe Sierra, Botafogo is negotiating directly with Al-Rayyan in an attempt to anticipate offers that James and his agent may bring in the near future.

“They have offered 5.3 million dollars; knowing that the desire of the ’10′ is to return to Europe”, indicates the version of the communicator that has already ‘echoed’ in Brazilian media. Sierra adds that “the negotiation for the Colombian is promoted by the team of billionaire John Textor, also owner of Lyon and Crystal Palace.”

Whatever decision James makes, it must be tied to the goal of having the necessary minutes to return to his best version. Néstor Lorenzo, new coach of the Colombian National Team, recently referred to the issue of ’10’ and assured that he will be in the Tricolor’s plans as long as he demonstrates arguments in his club to be summoned.

But for a high-performance athlete, playing ‘picaditos’ with his friends is not enough. For this reason, James has decided to hire the assistance of a professional to reactivate his body and prepare for an eventual preseason in the team that decides to hire him.

Physiotherapist Carlos Palomeque recently shared a series of videos showing the hard work he does with the Colombian national team player. Although the central part of the training includes work with weights for legs, arms and abdomen, also includes a segment that tests mental dexterity and reflexes, in the best style of Formula 1 drivers.

Palomeque’s work is well recognized among Colombian athletes who seek him out when it comes to optimizing their physical abilities or recovering from injuries. Yerry Mina, Darwin Andrade and even the Olympic medalist Caterine Ibargüen are part of the list of figures with whom the physiotherapist has worked.

James’ goal with this rigorous training is to be ready for the opening of the summer market in Europe in July. That moment will mark the final stretch of the vacation period for the Colombian who hopes to have good options on the table, even though he is pending to resolve the validity of the contract with the Qatari team that hopes to receive some financial remuneration from the team that decides to sign him.