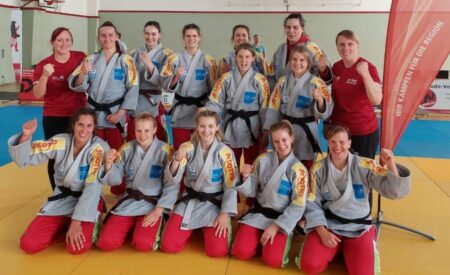 Spremberg (MB). In the record heat of Berlin, the women from KSC ASAHI Spremberg won twice on the 5th day of fighting in the 2nd Bundesliga. With almost 40 degrees in the hall, the Spremberg girls around captain Sarah Gregor sent VfL Stade back home with a smooth 7:0. Nathaly Ghandour made a great debut with an early win. The second encounter against second-placed Berliner KG promised a little more excitement, but they were able to win here too. With that, Spremberg’s women’s judo stormed into second place in the table. The successful Spremberger team included.
More posts from Spremberg and the surrounding area can be found here!