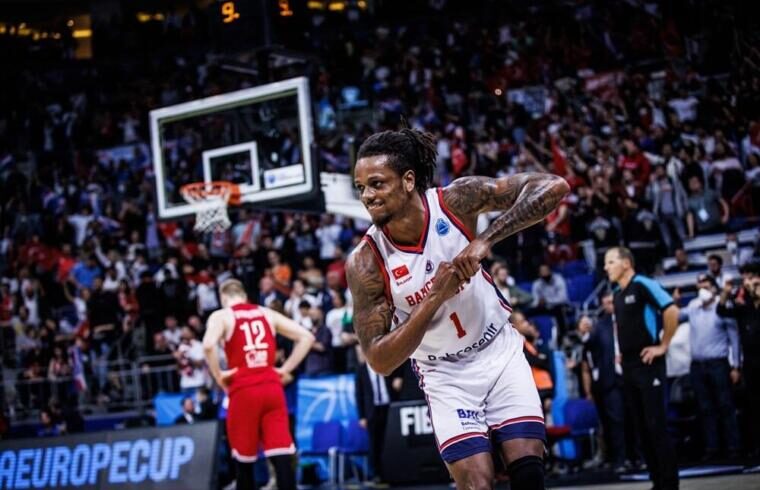 Dangerousness in the open field and from beyond the arc, athleticism and quick feet in defense in one on one. Jamal Jones is the new face, the first, of Dinamo Sassari. A player who reflects the ideas and what is sought after by the couple Bucchi-Pasquini for the 2022-2023 season. A player called to a further step of growth and who in Sassari could find the right environment to do so.

From the G League to Europe

Jones is a small wing class 1993 of Searcy, in the state of Arkansas, the city where he took his first basketball steps. The university career, divided between three different institutions – Ole Miss, abandoned for disciplinary reasons, Lee (in Texas) and finally Texas A&M – led the player towards the draft of the then D-League, the development league of the NBA, in which was chosen by Delaware 87ers, team affiliated with the Philadelphia 76ers. It took some time for Europe to become the player’s number one goal. However, the adventure in Finland, the first played entirely overseas in 2016, has changed something. Twenty-two points on average, first scorer of the tournament: numbers were worth a call from Verona, in Serie A2, where the higher level still allowed the player to demonstrate that he has other types of offers. The signature with the Paok in 2018 it was the confirmation before an injury forced him to finish the season early. The following year, still in Hellenic soil with the Ionikoswas the decisive one because the continuity in the first part of the season attracted the attention of the Bahcesehir, Turkish club with great ambitions. A company in which the winger remained for almost three years, facing the double European commitment, first in Eurocup and then in Fiba Europe Cupproving to be both a player to go to in the important moments of the match and capable of respecting the role within a group with different talents.

Factors decisive results in the choice made by Dinamo Sassari as stated by GM Pasquini, who had been following the player for some time. In the three years in Turkey, but above all in the second part of the last season played with the youngest club in Istanbul, Jones has shown that he has improved from several points of view, as well as being the kind of player that Sassari needed. A different profile than that of Jason Burnell and that could well be coupled with the type of game that Dinamo will express, not too different from what was seen even with coach Bucchi on the bench in the previous months. Jones has first of all important numbers from beyond the arch (always above the 50% from three between playoffs and the last three races of the Europe Cup, 36,8% throughout the season). Feet on the ground can really hurt: Reggio Emilia he knows something, given that in the second leg of the Fiba Europe Cup final it was the American who woke up the Ulker Arena with two heavy triples at the start of the match. More confidence with the shot and more attacking than what we have seen in recent years with the former Cantù in biancoblù, Jones compared to Burnell is less passer-by and has less instinct for dirty work and for bouncing. A fundamental on which, however potentialities exist seen the verticality of the player, who loves to go on the open field and above the iron when the defenses or the counter-attack allow it. In his own half, Jones can be one important key. Quick feet and physicality go well together, and could allow you to have more chances defensive choices and less hassle on you change. Improvements in readings on the weak side have been noticeable in recent years, but they remain perhaps the player’s weak link along with continuity from the line and some mental misses. In Sardinia, however, the will seems to be that of the leap in quality as the main actor.

Dinamo can turn into that again springboard much desired by several players. But above all the place to test oneself both in an increasingly competitive Italian championship, at least for the playoff fight, and in the first European competition by Fiba, that Champions League where the president Sardara would like to have a different performance. Jones is no longer very young but he has gained the right experience to try to become a protagonist within a well-tested and mainly expert system. A challenge that also represents one of the last opportunities to make his mark in European basketball that matters to him.