Rookie Diego Castillo continues to put on a show with the Pittsburgh Pirates and this Wednesday, although his team ended up being defeated by the Cubs, he got on the mound to prescribe the first strikeout of his Major League career.

After the second game of the series between the Cubs and the Pirates had a score with a wide margin in favor of the visitors, the local manager decided to rest his bullpen and sent the Venezuelan to the mound to face a shootout that included Nelson Velázquez, Yan Gómez and Jonathan Villar.

Diego Castillo managed to retire his first two batters with no problem, however he did not have the same luck with the rest of the shootout, as the Cubs ended up making four runs in the inning.

Despite that, Castillo remained on the mound to face pitcher David Robertson, who after leading him to a 3-2 count managed to swing him with a pitch that barely reached 51 mph, enough to make his first Major League strikeout. Leagues and the last out of the episode.

As if that were not enough, the Venezuelan not only reached that milestone on the mound, but also showed his power in the game by uncovering his fifth HR of the season against Keegan Thompson, a solo shot that came out at a speed of 103.5 mph and that he ran a distance of 391 feet all the way across left field at PNC Park.

By the way, he also hit his 5th home run of the season 🔥#MLB 🇻🇪 #LetsGoBucs pic.twitter.com/Hg8bvFALhQ

For interviews and all things Yankees, follow our podcast:
Bombers’ Week

If you have not yet subscribed to our blog, you can do so here:
Subscribe to the blog by email 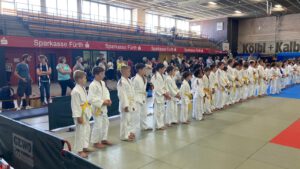