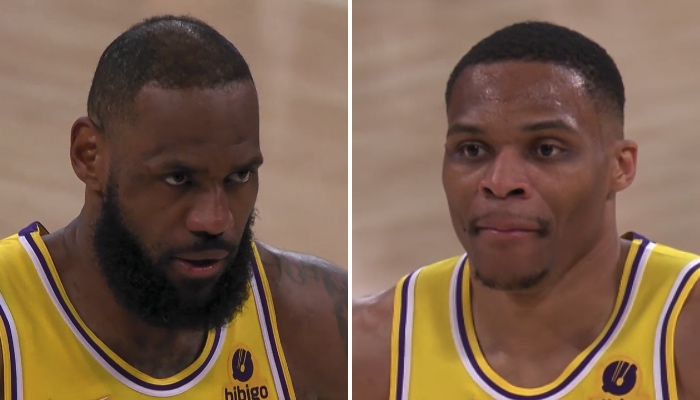 Always eager to win the title, the Lakers will try to recruit this summer, with however rather limited means. An important moment for the front office, which still dreams of attracting heavyweights for this summer, or the seasons to come. We are talking about a superstar, which may surprise a good part of the supporters.

Dropped by the competition this season, the Lakers have things to be forgiven for next year, with a workforce that should experience a slight facelift. We know that Darvin Ham arrived as a coach, and he brings with him many changes, at least if we compare to Frank Vogel. His priority? The defense, including for Russell Westbrook, who will have to do violence on the floor.

Can this roster succeed? In the state, we can think not. Rob Pelinka must therefore find solutions in the coming weeks, and it starts with the draft. It is rumored that the Angelinos will buy a second round, just to recruit a prospect, and perhaps experience a scenario similar to Austin Reaves. It will not be easy, but the means are once again limited.

The Lakers dream big in the market!

However, that does not prevent the front office from taking an interest in the case of a few big players. After all, it is possible to have a surprise this summer, with aggressive Angelinos to improve this roster. Results ? According to Kevin O’Connor, who works for The Ringer, the Lakers have an interest in… Bradley Beal. The Wizards star could leave the ship soon, enough to arouse interest.

A name that comes up often with the Lakers, Bradley Beal, is someone they want on their roster. However, I don’t know if the interest is mutual. I would say that for Beal, Miami is a bigger threat to Washington. I don’t think Boston should be ruled out with its relationship with Jayson Tatum as well, but the Lakers are trying things with Russ.

An arrival of Beal? It would be a huge plus for the Lakers, even if the Washington guard also needs the ball. Would its contribution be really effective? Maybe, but it’s not necessarily the best possible fit in Los Angeles. It is quite clear that the front office wants to strike a blow, even if nothing is done at the moment.

Remember that Beal will be able to leave the Wizards soon, at least if he decides. The player is still quite mysterious, while he has indeed made a decision about his future. But for the time being, he refuses to communicate it, preferring to respect his current contract. Suffice to say that we will have to be mentally strong at the Wizards, who are impatiently awaiting the answer.

Bradley Beal at the Lakers? It would certainly be a huge blow to the market, but unlikely given the limited means of the Angelinos. However, beware of a surprise, especially if the player decides to push for a come to the West: an exciting soap opera for this summer.