date, rules, where to see it on TV and streaming 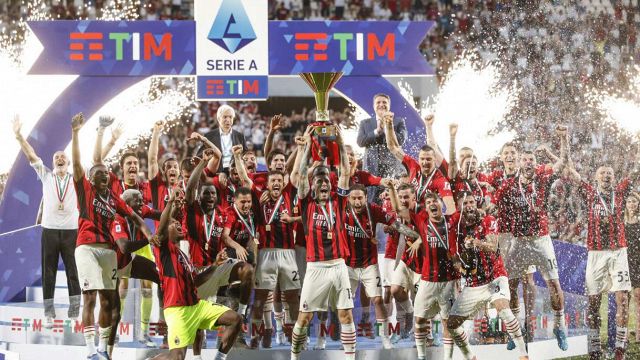 The Scudetto of the Milanwhich seems to have just taken place yesterday that overtaking determined for the assignment of the title of Champion of Italy in the 2021/2022 season.

A fine vintage, but which immediately introduces us to the new one: Friday 24 June, at 12 noon, The new calendar will be defined in a draw that will reveal how the next championship will be structured which, as happened last season, will present some exceptional features. The asymmetrical calendar will design a first round with its own characteristics that will not be parallel and specular with respect to the second round.

Therefore, for the matches that will populate the 2022/2023 calendar, we will have to wait until Friday, but we already know the dates on which the new one will be structured. A league: the championship will start on August 13, earlier than usual since in December there are the World Cupand therefore we will play the A league when the market is still formally open until September 1st.

So they will be 4 days which will still see very active negotiations and operations: an anomalous situation for the history of the Italian championship that does not find overlaps. First official stop, then, between 19 and 27 September for the Nations Leaguethen five shifts in October and a long break from 13 November to 4 January 2023 for i World Cup in Qatar which will have a large part of their development during the month of December.

The joints with the World Cup

It is not excluded that in that interval, the Serie A League you do not invent an additional entertainment solution, considered extremely extraneous of Italy at the World Cup given the lack of qualification.

the tuto in an unprecedented joint for the clubs, between ordinary and midweek championship rounds, Coppa Italia, Champions, Europa League e Conference League. Between April and May with the last day to be held on June 4, decisive matches will be concentrated in this key that will decide the fate of the clubs.

Not to be dismissed, then, the controversial playoff rule which has already aroused controversy over its application for the eventual assignment of the title of Champion of Italy and in the event of relegations. The rule of direct clashes remains for the qualifiers to the Cups.

Where to see the draw on TV and streaming

The draw of the next Serie A championship calendar will be broadcast live on TV and streaming from DAZNas well as from the official channel YouTube of the Football League.

Obviously Virgilio Sport it will give you all the information in real time about the event, in which the team managers will take part.

According to what has been announced, the first day of the Serie A calendar should start on August 13, 2022. In August, therefore, the championship will start effectively.

The Serie A championship, between the scheduled interruptions for the Nations League and the World Cup, will close on 4 June 2023.