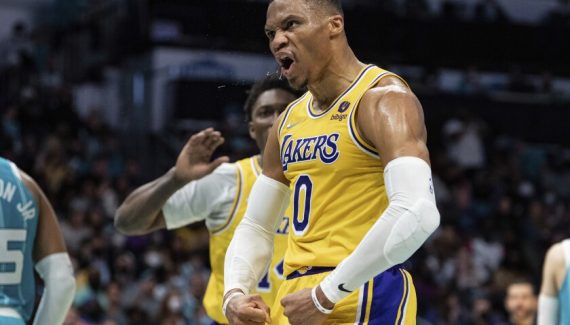 The Russell Westbrook experience completely failed in his freshman year alongside LeBron James and Anthony Davis. But if the point guard does activate his $47 million player option to stay in Los Angeles, he is almost impossible to transfer, and the Lakers are therefore preparing to try to bounce back with him.

New coach of the club, Darvin Ham is well aware of this, and he has put the leader at the heart of his game plan.

“With the style of play that we’re going to have, all of these guys – not just Russ but also LeBron, AD – are going to be able to share the load.”promises the technician. “And one thing that I mentioned to Russ is how I’m built myself, and the success that I’ve seen – especially in the last nine years and four seasons with Coach Bud at Milwaukee, also Atlanta, but especially Milwaukee – one thing that we’ve always preached and will continue to preach to be the foundation of our teams is defensive mindset, and being able to defend at a high level. »

For the former assistant to Mike Budenholzer, the Lakers must above all regain defensive solidity. This is what made the strength of Frank Vogel’s troops during his first two seasons, with the 3rd then the 1st NBA defense in 2019/20 and 2020/21, before the arrival of Russell Westbrook.

“I challenged him (defensively) and he accepted that challenge. It’s part of the word “sacrifice” that I use”

With the addition of the point guard and the departure of certain defensive executives (Kentavious Caldwell-Pope, Alex Caruso…) this sector of play has thus collapsed, falling to 21st place in the league this season…

For Darvin Ham, Russell Westbrook will thus have to severely raise the tone at this level next season.

The goal ? Avoid that the attack (22nd this season) remains so predictable.

“Being able to diversify his plan of attack, so that he doesn’t just push the ball down the pitch against three defenders every time. He shouldn’t have to go to the phone booth to put on his cape (like Clark Kent becoming Superman). Everyone has to be involved in what we do, on both sides of the pitch, and that will make things easier, it will lighten the burden for everyone and it will allow us to grow stronger as the season progresses.”concludes Darvin Ham as to his plan for the next season.