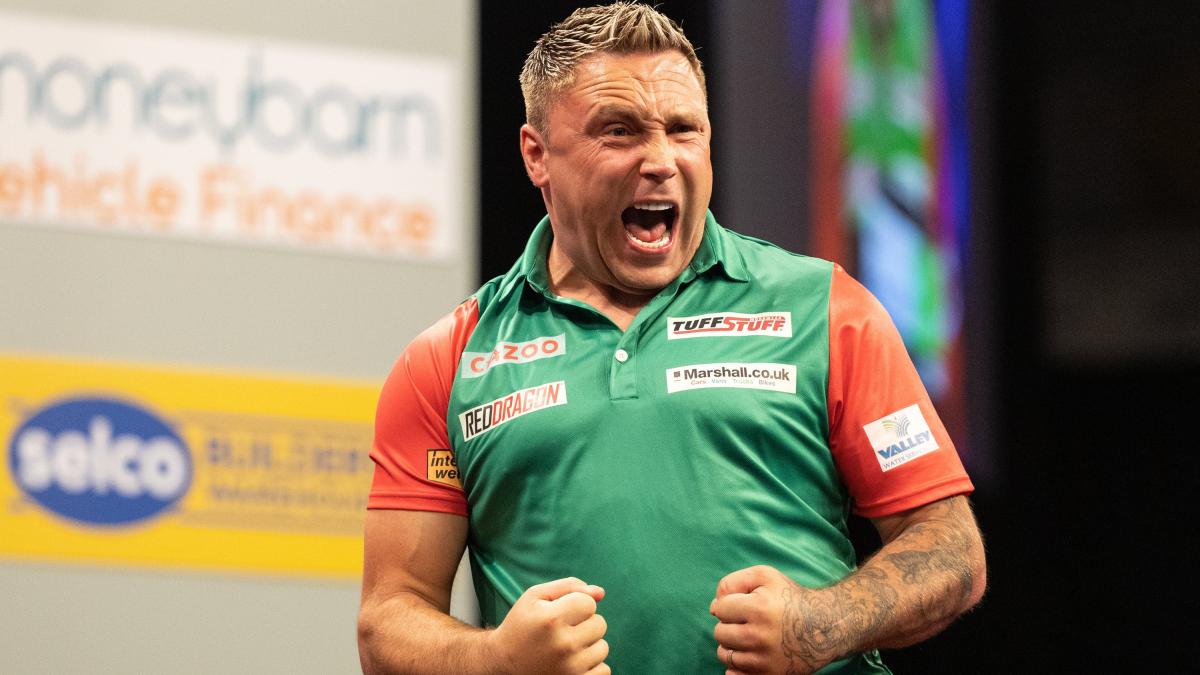 In less than seven minutes, Gerwyn Price swept his German opponent off the stage

For Gabriel Clemens and Martin Schindler, the quarter-finals of the World Team Championship are over. The German duo has no chance against Wales. Especially Gerwyn Price plays big. In his singles he has been on course for a record for a long time.

Martin Schindler closed his eyes. The German had to nod appreciatively. His opponent, Welshman Gerwyn Price, had just taken out 170 points, the highest possible finish in darts, with an ease rarely seen from him in recent months. Ironically, one might say, he found it again in the quarter-finals of the Team World Cup against Germany.

The Welsh seemed to be vulnerable in the end. Price, the former rugby player, is in the first doldrums of his career following his meteoric rise in darts. He lost the world championship title as well as his status as number one in the world to Peter Wright. He has been struggling with his form since breaking a bone in his throwing hand at the beginning of March.

And his good friend and team partner Jonny Clayton also suffered a severe setback when he failed relatively clearly in the play-offs of the prestigious Premier League on Monday as the first round winner. Together, the two Welshmen only managed to defeat Austria in the round of 16 in the decider of the crucial doubles. Clayton then spoke of having to “wake up”.

At Price, the announcement seemed to have arrived. Already in the first leg he silenced the loud fans in the Frankfurt ice rink. He checked 120 points to make it 1-0, only to immediately add a maximum afterwards. In ten darts, Price extended his lead. At that time he was playing almost 122 points on average, and the world record for the highest average ever played on TV seemed possible. Peter Wright holds that with 123.5 points.

Schindler played within the scope of his possibilities, but was never able to endanger the outstandingly enthusiastic Price. The 170 finish, the so-called “Big Fish”, was the preliminary decision. Schindler didn’t get another leg on the tableau, but Price used his first match dart to win, for which he needed just under seven minutes. In the end, an average of almost 118 points was recorded, a personal best for the “Iceman”.

“It was the best thing I’ve played in a long time. I really wanted to have my emotions under control in front of the German audience. So I held back. But I played brilliantly,” said a satisfied Price, who recalled his mixed Premier League season that ended in the preliminary round.

Gabriel Clemens, who played the second singles against Clayton as the German number one, also couldn’t get a foot in the Welsh door. The Saarlander lost the throw advantage in the first leg and then missed two opportunities to re-break on double 12. Clayton, number eight in the world, finished the game confidently and secured progress with a 4-2 win.

For Germany, a mixed conclusion remains from the home event. Clemens and Schindler solved the compulsory tasks against Spain and Denmark, but as in the previous year it was not enough for a big shot against a top nation. At that time, Clemens and Max Hopp failed because of England.

After the weak performances so far, Wales’ performance has made it the absolute top favorite for the title. In the semifinals on Sunday evening, the Dutch are now waiting, who after a hand operation are at the start without their top star Michael van Gerwen. The second guard, consisting of Danny Noppert and Dirk van Duijvenbode, has played so well so far that the first votes after MVG’s permanent absence.

“Do yourself a favor and book a holiday when the World Cup takes place next year. You are not needed,” wrote Mark Webster, former BDO world champion and pundit on English television, to van Gerwen. The Dutchman replied with beach smileys. Noppert and van Duijvenbode easily defeated Northern Ireland 2-0 in their game on Sunday afternoon. “They’re hungry, but so are we,” Clayton predicted.

The quarterfinals at a glance 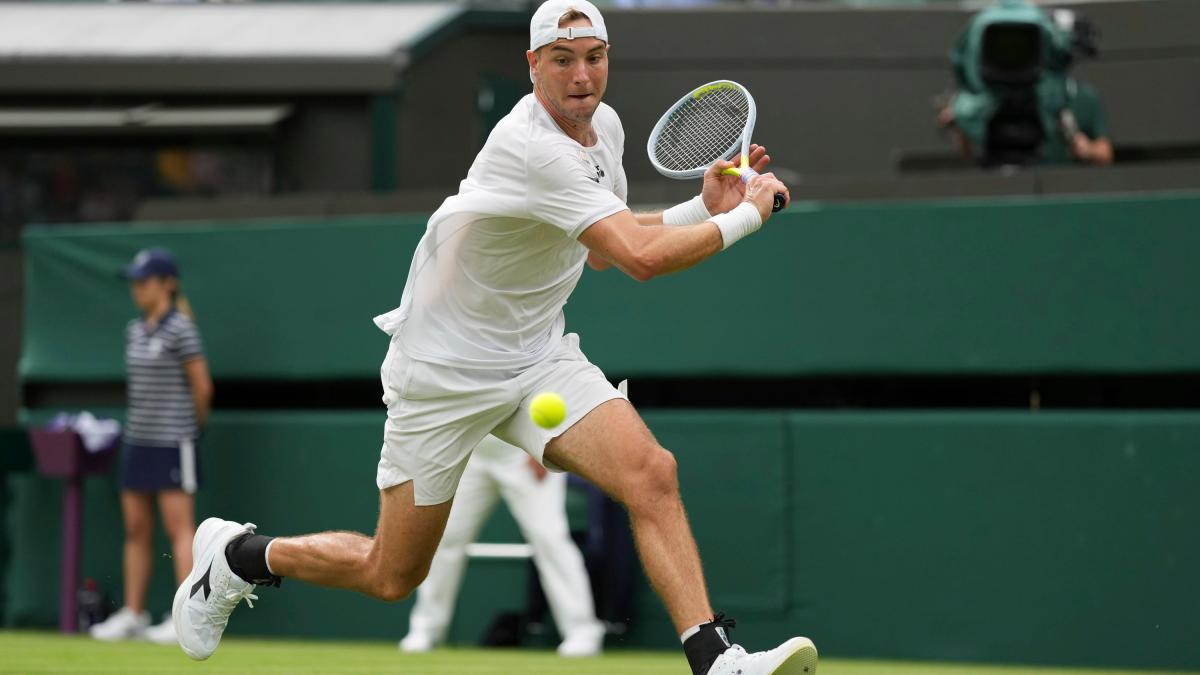