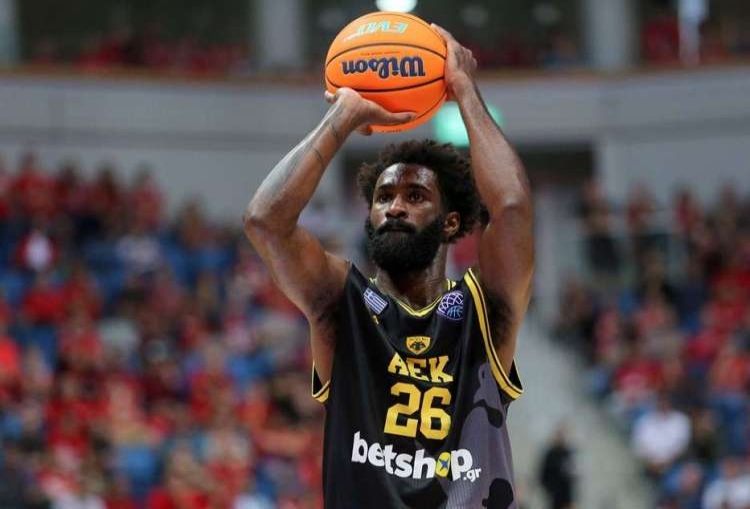 The activity of most of the Cuban basketball players around the world has already ended and recently Howard Sant Ross was runner-up in Greece and the Ciego de Ávila Buffaloes won their tenth crown on the Island.

Panathinaikos BC from Sant Ross succumbed in the Greek final against Olympiacos, which was the best team in qualifying, by a 3-0 sweep. In the first match, the greens lost 61-74, after a disastrous first quarter from which they could never recover.

The Cuban was not on his best night and only contributed two points and the same number of assists. According to the official website of the Greek league, in the second match Panathinaikos came out with a different approach and managed to impose their rhythm in the first half, reaching the break with a difference of 14 points (46-32).

However, the clubs were not up to the task in the third period and saw their advantage disappear, ending up defeated 72-78, in a challenge in which Sant Ross left with six cards, four rebounds, one assist and one scam .

Finally, in the third game, in which Howard had four rebounds and four assists with three points, Olympiacos passed the broom 93-74 and won the title six years after his last success.

Meanwhile, at the end of the superior league of Basketball in Cuba, the Búfalos de Ciego de Ávila also took out the broom to sweep Sancti Spíritus 3-0 and take their tenth crown to the showcases.

In the first match, held at Sala Yayabo, the Avilanians won 71-62 with relative ease, without losing the essence of the rotations that characterized them during the championship.

“We went out to do a job on Trojan, since a good part of their game is affected if that player doesn’t produce. They went out to see what we were giving them and that’s how the minutes passed”, the coach of the Búfalos, Jorge García Quintero, told Trabajadores.

In the second confrontation, the tranquility almost took its toll on the Avilanians, who took their second victory by only one point 73-72, after a controversial arbitration decision that annulled a basket by the Sancti Spiritus at the last second.

In this way, the Avilanians arrived at their headquarters, the Giraldo Córdova Cardín room, with the need for a success to materialize the objective that they set for themselves from the beginning of the campaign.

The best team in the regular season did the job and swept a worthy rival, defeating them 78-88, taking advantage of the maturity of their men, as well as a better aim from long distance.

In the three games, the Buffalo player Yasser Rodríguez added 51 cards, which earned him the title of Final MVP.

Highlight moment: The most outstanding moment was played by the Ciego de Ávila team, lifting its tenth crown in the history of the Superior Basketball League

Best Single Performance: The best from the individual point of view was the experienced Yasser Rodríguez, who remained very stable contributing to the cause of the Buffaloes.

The surprise: Cuban Jasiel Rivero’s Valencia Basket will play the Euro League next season, so the Cuban will be able to play the most important competition on the European continent at club level.