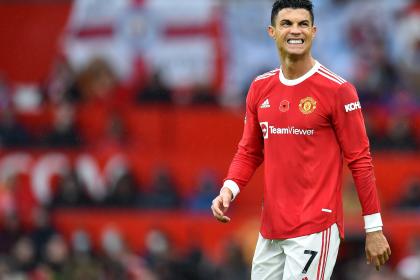 Absolutely unexpected. Just as he likes Cristiano Ronaldo. This would be his departure from Manchester United to a destination that no one saw coming.

The reasons for the Portuguese to leave the club of his heart, the one that gave him an international showcase and promoted his very successful career, is clear: he does not see that a squad is being assembled at the level of Liverpool, Manchester City or Chelsea… even Tottenham, to fight for the trophies, which is what ultimately matters to him to finish his career. It is not that he is contemplating retirement, far from it, but at 37 years old he is not fooling himself and understands that history could take a turn at any moment.

That is why he feels that time is against him and would have ordered his agent, Jorge Mendes, to explore the market. According to The Athletic, the first door that was knocked on was that of Chelsea, revitalized by its new owners and without Lukaku’s shadow (he returned to Inter Milan). It’s not so easy to think of ‘high treason’ in the Premier League itself, but at this point there are other, less emotional reasons to contemplate any offer.

However, from Italy the former player Angelo Di Livio dropped a bomb on the Retesport channel: Rome would be looking for the signing of Cristiano Ronaldo.

“I know from various sources that Roma are trying to sign Cristiano Ronaldo and July 7 could be the date of the announcement. It is an indiscretion, but it circulates insistently in the world of football. By chance I spoke with a friend who works on television and who found out about the negotiations for Cristiano from an important club manager at a dinner a few days ago, ”he assured.

Fabio Petruzzi, another former player, spoke about the issue along the same lines: “I know on good authority, from a highly accredited person, that Roma are trying to get Cristiano Ronaldo by all means. Details will have to be ironed out, for image rights, but I know he will leave United, ”he said.

What does the date have to do with it? Well, it is the traditional number of the scorer in Manchester United, Real Madrid, Juventus, the Portugal National Team and, if the versions are true, Rome of Italy.

Is a reunion with José Mourinho a good idea? In light of the results, there would be no reason not to be: both won three titles at the ‘merengue’ club: (a League, a Copa del Rey and a Spanish Super Cup. It is true that there was tension at the end of the stage of the DT in Madrid, but time passed, they are compatriots, there are no quarrels anymore. In fact, when Cristiano left Juventus his first suitor was Rome, already with Mourinho on the bench, so it is not a new interest. And a detail not minor: the agent of both is Jorge Mendes, who could make the pieces fit in the end.