Cologne renews with the EHF, the NBA Finals, Sport TV and the badminton World Tour 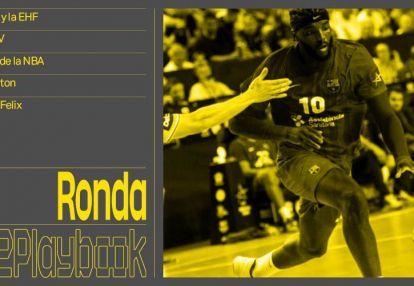 On a Monday marked by the new injection of Damm to the World Padel Tour and by the imminent purchase of Palermo FC by the City Football Group, the day in the sports industry has left other news at the international level:

Cologne, host of the Final Four of the Handball Champions until 2026

The German city, which has hosted the final phase since 2010, has renewed its relationship with the EHF for the next four seasons. Also, the European Handball Federation has excluded Russian and Belarusian clubs from its competitions in 2022-2023.

The Portuguese pay television network will broadcast a record number of games next season, which represents an upward bet by the audiovisual company with respect to the North American basketball competition.

The audience of the NBA finals grows 22% year-on-year

The finals of the North American basketball league grew by 22%, reaching an average of 12.4 million viewers. The final between the Golden State Warriors and the Boston Celtics has been the most watched in the last three years, according to Nielsen data. Despite this, it still remains below the data prior to the pandemic.

The badminton World Tour is extended with four new events

The Badminton World Federation (BWF) will have 31 World Tour events from 2023, including Super 500 events in Australia, Canada, Finland and Japan. To this we must add the Malaysian Open, which will become the fourth Super 1000 tournament on the circuit.

Saysh, the footwear brand of the American athlete, has closed a financing round of 8 million dollars (7.6 million euros). The operation has been led by the Iris fund, the Athleta brand and other firms such as Redpoint Ventures and Springbank Collective with the aim of expanding its product offering and launching several new sneakers.