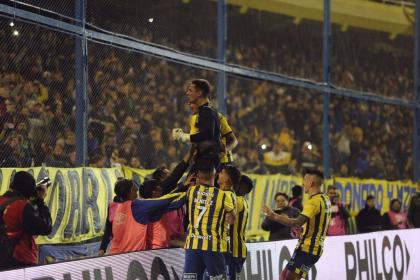 Decisive hours in Rosario Central. A club with big problems in the technical direction, in the directors that have left the club in crisis. After the departure of Leandro Somoza on the bench, a new problem appears in Rosario with the need to soon find a new helmsman in which there are two versions by the leaders. Some who want to have Carlos Tévez, and others who opt for Pablo Sánchez.

One who knows what it is to direct, and the other like Carlos Tévez who barely retired from professionalism as a player, and has not had the same career on the bench as Pablo Sánchez has had. Sánchez played eight years at Rosario Central, not continuously. He played 231 games and scored 28 points. Furthermore, as manager he managed nine games with a poor performance of two wins, two draws and five losses for a very low percentage of 29.63.

Rosario Central has just lost Leandro Somoza, a former Boca Juniors player who came off the bench and the need is to find a replacement. The directors are considering two names, Vice President Ricardo Carloni wants to have Carlos Tévez, while another part opts for an old acquaintance, but with a bad memory, Pablo Sánchez of numbers to forget when he directed the Rosario.

Carlos Tévez is the most desired on the bench of the ‘scoundrel’, since there is much optimism about a relationship that could be closed at the weekend. Tévez was present at Rosario Central’s match against Vélez Sarsfield. After his retirement, the ‘Apache’ did not hesitate to say that he does want to join the technical direction, and Rosario is to the liking of the new strategist who will take his first steps on the bench.

Somoza’s departure occurred because he felt that they did not give him the signings that he requested. With a complex financial situation, Carlos Tévez will try to sign one or another player to arm himself in the best way for the tournament that began a few weeks ago.