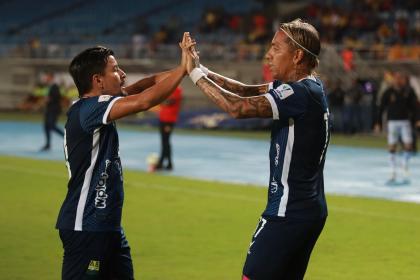 The most coveted strikers in the Betplay League are Luis Carlos Ruiz, the new signing of Millonarios, and Dayro Moreno, surely a reinforcement of Deportivo Cali. They have two things in common: they are the most effective scorers in the tournament, with 13 and 11 goals respectively, and both are over 35 years old.

The reality is that the concern for the renewal of club payrolls, which has a direct impact on the national team, has been growing because there are no profiles that solve this great headache for Colombian soccer.

Journalist Carlos Antonio Vélez addressed the issue, among others: “How sad this thing is about the Colombian strikers. All older, Luis Fernando Muriel, Dayro Moreno, Miguel Ángel Borja. I’m going to put Villa in, he’s not a great scorer, but he inflated in Argentina, surely to sell it,” he said on Antena 2.

“I say what regrets because these players are full of problems, Muriel is 31 years old, he was never an undisputed starter, now they shout him for all the teams, but he does not mark the important teams and he has a complaint for gender violence. Villa, the most promoted,” he added.

Colombia always had problems finding the goal, but in recent years that problem has skyrocketed. How to remedy it when these new profiles are not seen in youth teams? A lot of work for the grassroots football of clubs and Colombian teams.