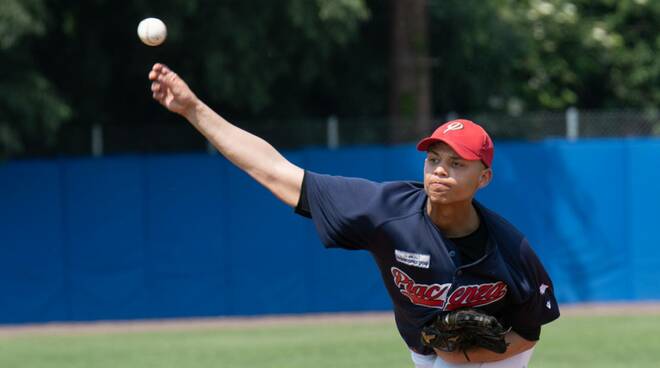 BITTER DERBY FOR PIACENZA. CODOGNO WINS TWICE AT DE BENEDETTI – The derby says badly to Piacenza who surrendered twice to Codogno on the home diamond (6-0 and 4-3). If in the first leg everything was turned in favor of the red and white, yesterday the fate did not want to wink at the red and white who with this double stop make a small slide in the standings on the eve of the clash with the leaders Avigliana.

The first game sees the guests excel and it could not have gone otherwise in light of the state of grace in which Codogno appeared. Starting with the pitcher Gabbari, able to stay on the mountain for all nine rounds without allowing any Piacenza batter to touch first base. A “perfect game” that most pitchers are not lucky enough to experience throughout their entire career and that Gabbari hit right on the day of the derby. But the whole Finetti team turned perfectly. The biancazzurri played judiciously, capitalizing on everything the match had in store for them, including a couple of Piacentini mistakes in the first part. The 6-0 final punishes Piacenza excessively (a 3-0 would have been enough!) But after such a one-way derby the recriminations leave the time they find. Sorry for Cufrè who basically launched anything but bad but that in some decisive moments he was not properly supported by his teammates. The illusion of being able to reverse the derby’s inertia has never abandoned the hosts but has been shattered against thirteen quick eliminations and seven eliminations at the pot. It is true that at the end of 5th it was only 2-0 down, but we must recognize that Codogno put something more on the diamond in terms of determination. The rest was completed by a morning of grace in which everything went the right way allowing the Lodi to put on the bulletin board the perfect derby.

In the afternoon Codogno is not as “perfect” as in the morning but with an equally high performance he takes home the whole post. Piacenza is there this time and until the end it worries the guests who are the first to go forward 3-0 at 3rd with three valid, two from extra-base, on Dall’Agnese. Piacenza immediately responds with two points favored by Schiavoni’s double and by an internal joke from Gibson. At the 6th Codogno tries the decisive escape and goes on 4-2. Piacenza continues to struggle tremendously in batting, even at 4-3 at 8th (after Gibson’s sacrificial sprint) which will later prove to be illusory. Codogno seems reachable but recovery after recovery the difficulties against his Bigliardi relief become insurmountable. With him on the mound, a couple of favorable opportunities are wasted but 9 eliminations per pot must be collected out of 14 appearances in the box. The boost from Piacenza unfortunately ends here with a defeat, this time of measure, which dangerously moves away in the play-off.