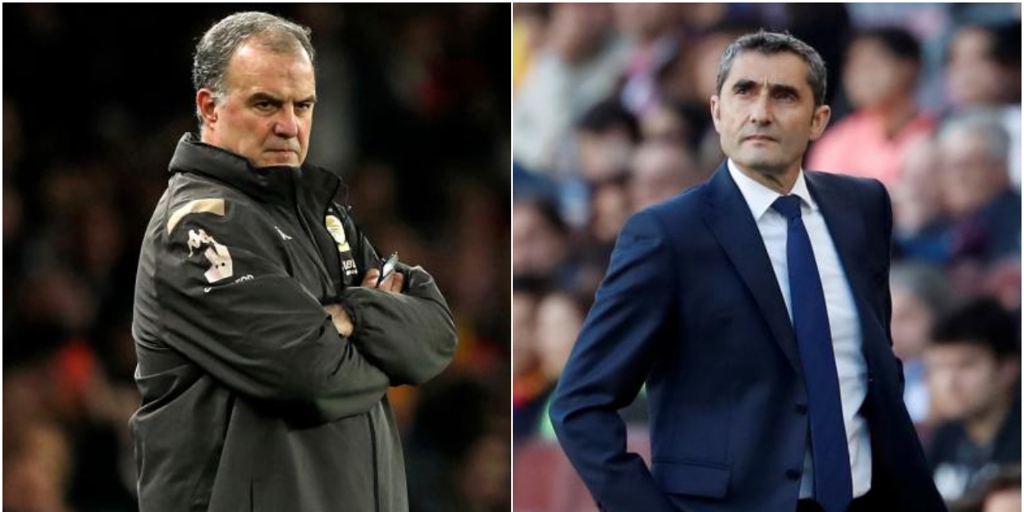 One day before the polls open, the campaign for the presidency of Athletic has become a duel between two heavyweights for the bench: Marcelo BielsaIñaki Arechabaleta’s candidate, and Ernest Valverde, the joint bet of Ricardo Barkala and Jon Uriarte. Both announced yesterday, almost in unison, that the coach from Extremadura has given them the go-ahead to return to being the coach if he wins the elections. The three presidential candidates have already put all the cards on the table and it is noted that everyone is playing it safe, fleeing from risky names that cause suspicion or surprise in the fan. The final decision will correspond to the more than 40,000 members of Athletic with the right to vote.

Valverde’s name flew over Bilbao in recent days, especially related to Uriarte’s candidacy. It was known that Barkala’s first option was Mauricio Pochettino, but subject to the dismissal of the Argentine coach as PSG coach, something that has been waiting for weeks but has not materialized. Thus, Barkala turned the tide and focused his goal on the Txingurri given the need to offer his own name to the bench. The president of the Port Authority of Bilbao already gave clues to his intentions last Tuesday, when he said in an interview that a consensus coach could not be ruled out. In Barkala’s candidacy he also appears as sports director Ramon Planswho already coincided with the Viandar de la Vera coach during his time at Barcelona.

Uriarte did have him in his thoughts from the beginning, although yesterday he acknowledged that he explored other, more innovative options. “But weeks ago we came to the conclusion that we needed Ernesto’s piece in the first team to start building our project with stability,” said the candidate, who unlike Barkala, did go on to analyze his choice for the bench : «We have no doubt that, with this squad, he will display football like the one we want. His deep knowledge of Athletic is the best guarantee for our project. Ernesto knows him like nobody else, he knows the academy and the need to bet on youngsters, and he is a coach who has always prioritized the interest of the club. We know that he is going to get involved in the project ».

Without a team since his departure from Barcelona in January 2020, Valverde is the coach who has directed the most games for Athletic in its history, a total of 307 games spread over two stages. “The most successful coach of the club in the last 25 years”, reaffirmed Uriarte, who also recalled the Spanish Super Cup achieved in 2016 or the successive European qualifications, including the presence in the 2015 Champions League. The Extremaduran coach also has experience in the benches for Espanyol, Olympiakos, Villarreal and Valencia, and his extensive track record highlights the two Leagues won with Barça, a Copa del Rey, also with a Barça team, and the five titles he won in Greece (three leagues and two cups).

Valverde, who played for Athletic and then trained their lower categories before taking the reins of the first team, brings stability and seriousness to the candidacies of Barkala and Uriarte, although the fight with Bielsa will not be easy. The Argentine, the man from Arechabaleta, also knows the club thoroughly after spending two full seasons on the bench a decade ago. On his day he also arrived at the club as an electoral trick for one of the candidates, Josu Urrutia. In his first year he reached the finals of the Copa del Rey and the Europa League, resolved with defeats against Barça and Atlético.

Despite his prestige, his track record is much less bulky than Valverde’s. He highlights, above all, the gold medal he won for Argentina at the 2004 Athens Games, training his Olympic team. Beyond that, there is his performance at the head of the Chilean team or his recent promotion to the Premier with Leeds. Beyond that, Bielsa has general recognition for his football idea and counts among his admirers such outstanding colleagues as Pep Guardiola. During his presentation as the new coach, if Arechabaleta wins, the Argentine surprised again with his particular personality. He assured that, after saying yes to the candidate, he was seen with his assistants during the 45 games of Athletic last season. Not only that, he also watched all the matches of the subsidiary, four of Baskonia and the three of the final phase of the youth team, in addition to editing a video with the plays of each player of the first team, some of which lasted more than two hours. .. The Athletic partner is not going to have it easy tomorrow.