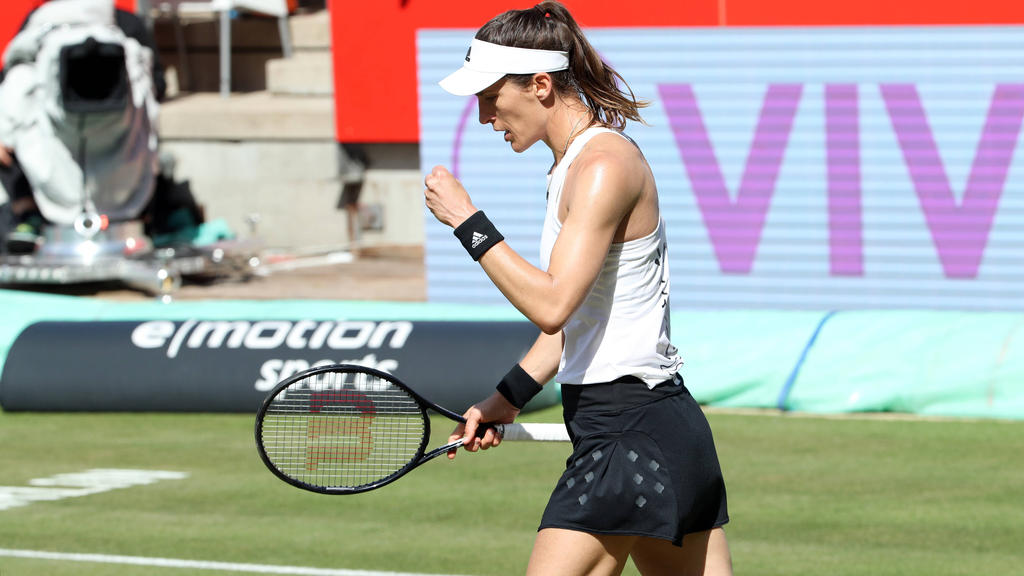 Andrea Petkovic and Oscar Otte provided the only bright spots from a German perspective in the preparatory tournaments for Wimbledon.

Petkovic from Darmstadt defeated former world number one Garbine Muguruza (Spain) 7: 6 (10: 8), 6: 4 at the WTA tournament in Berlin, Otte sat down in Halle / Westphalia in his first game against the Serbian Miomir Kecmanovic 7:6 (7:5), 6:4 through.

“It’s the best win I’ve ever had on grass. I was determined to win the game. I played really well in the tie-break in the first set and especially in the second round,” said Petkovic on “ServusTV”.

In the round of 16 she meets Aliaksandra Sasnovich from Belarus, who last eliminated Angelique Kerber at the French Open. Otte has to deal with Nikolos Bassilashvili from Georgia.

The other Germans, on the other hand, had no reason to celebrate at the two grass tournaments: Daniel Altmaier failed 3:6, 5:7 against Australian Nick Kyrgios in Halle.

As in the previous year, Jule Niemeier lost out to Belinda Bencic right at the start in Berlin. Despite an appealing performance against the Olympic champion, the Dortmund player lost 4: 6, 7: 5, 3: 6 after almost two and a half hours of play.

Hamburg’s Tamara Korpatsch had already missed making it into the second round on Monday. Top player Kerber had complained about a “lack of appreciation” and therefore decided against starting in Berlin.