A future champion at the judo club 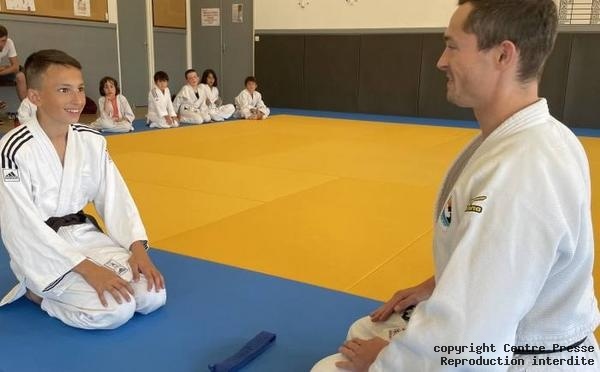 It was a solemn moment that marked Wednesday, June 22 at the Jean-Guillot gymnasium dojo the last lesson of the season for the Montmorillon judo club.
Alix Ndlec, the club’s teacher since last school year after taking over from Patrick Gransage, gave 14-year-old Luc Texier his brown belt, the last step before obtaining the mythical black belt.

The teacher saluted the young man’s qualities in front of the club members gathered on the tatami. Judo is a long wayhe recalled, a school of perseverance.
Luc Texier started judo at the Club du Blanc (Indre) at the age of 5, and has been training in Montmorillon since 2014. He is also already very involved in his new club in which he supervises courses for the very young. -small and began to referee competitions. I was very happy to resume this year after almost two years of interruption due to the Covidenthuses the young man, I love judo for the calm and rigor it brings.