30 phrases by Gonzalo Higuaín: the missed goal he regrets the most, what team he was a fan of and the “club of friends” in the National Team The former forward of the Argentine national team reviewed his career

This Thursday Gonzalo Higuain gave an extensive interview to TyC Sports in which he made a balance of his career as a footballer, from his beginnings in River Platehis passage through the great clubs of Europe and the Argentine national team until his present in the USA. The scorer left several statements worth reviewing, his regrets, the criticism he has received, his greatest joys and the memory of his mother.

The best phrases of Gonzalo Higuain:

“Every year they took photos of me and I scored 30 goals a year, I didn’t care about those photos because I already knew how the film would end. Sometimes he even stuck out a belly on purpose. There is a story in Napoli, according to them he was overweight and De Laurentiis (president of Napoli) says something about Higuain being fat, I don’t know what. We went to play, I scored a goal, I grabbed the ball and said: ‘Fat who? the bitch that gave birth to you’, and then I set the goal record”.

What team was he a fan of?

“My uncle Claudio took me to see San Lorenzo and then I did my whole career at River, so I have a lot of love for River. But he sympathized and I sympathize with San Lorenzo and I want him to do well too. Until I was 11 years old I went to the court, San Lorenzo had the best songs”.

“If I wasn’t the first, I was the second who played the most with both of them. They are two big and different ones who had a parallel fight that I don’t think will happen again in the history of football”.

“In the bread and cheese, I choose Leo”.

“Off the pitch, Cristiano is a calm and pleasant person. (At Juventus) I found him mature with family and children and we made a good relationship, he talked to me a lot, he leaned on me a lot”.

“It makes me very happy that Messi has won (the Copa América) because I know everything he has done and what he does for the National Team”.

“I was very close to playing for the France team. When I arrived in Madrid, (Raymond) Domenech came to look for me, I was 19 years old, and he wanted me to go to France because Henry, Zidane, Deschamps, Vieira, Blanc, Barthes were there… But I couldn’t betray what my heart wanted , which was to play for the Argentine national team. I couldn’t betray my feelings.”

“Bayern Munich came looking for me together with Real Madrid, Ancelotti wanted me at Chelsea when I was at Real Madrid. PSG came looking for me when Leonardo (the club’s sports director) and Arsenal just arrived, before going to Napoli. They told me that they didn’t have much money, that I was very expensive and when I signed with Napoli I see after three days that they bought Özil for 80 million…”

“We met again with Gallardo in Orlando, we talked about my return to River, but I was not mentally prepared to go to Argentina to play at the level that Marcelo wants. And to go and not give him everything, I preferred not to. I was not with the head to get into that maximum level bubble.

“Maradona was the first to bank me and support me in the National Team and I will always be eternally grateful to Maradona.”

“Diego called me and told me to do what I had been doing at Real Madrid. As a coach, it was looking at him and knowing that he didn’t need to give us tactical instructions because we already knew what had to be done. The way of talking about him, seeing him, how he lived football… Maradona was directing me at 22 years old, I didn’t know where he was ”

“The goal I shouted the most was the one I scored against Belgium (World Cup 2014). Besides, he had not been able to convert and arrived at the key moment. On top of that, with that goal, we overcame what didn’t happen 30 years ago, overcoming the quarterfinals. And on top of that win 1-0, I shouted that goal…”

“Before this generation, it was asked that we pass the quarterfinals and then the obligation became champion. And who imposed that rod? Our generation”.

“Sabella was a teacher, he had a calmness, a temperance, everything was beautiful, an indelible year in 2014″. 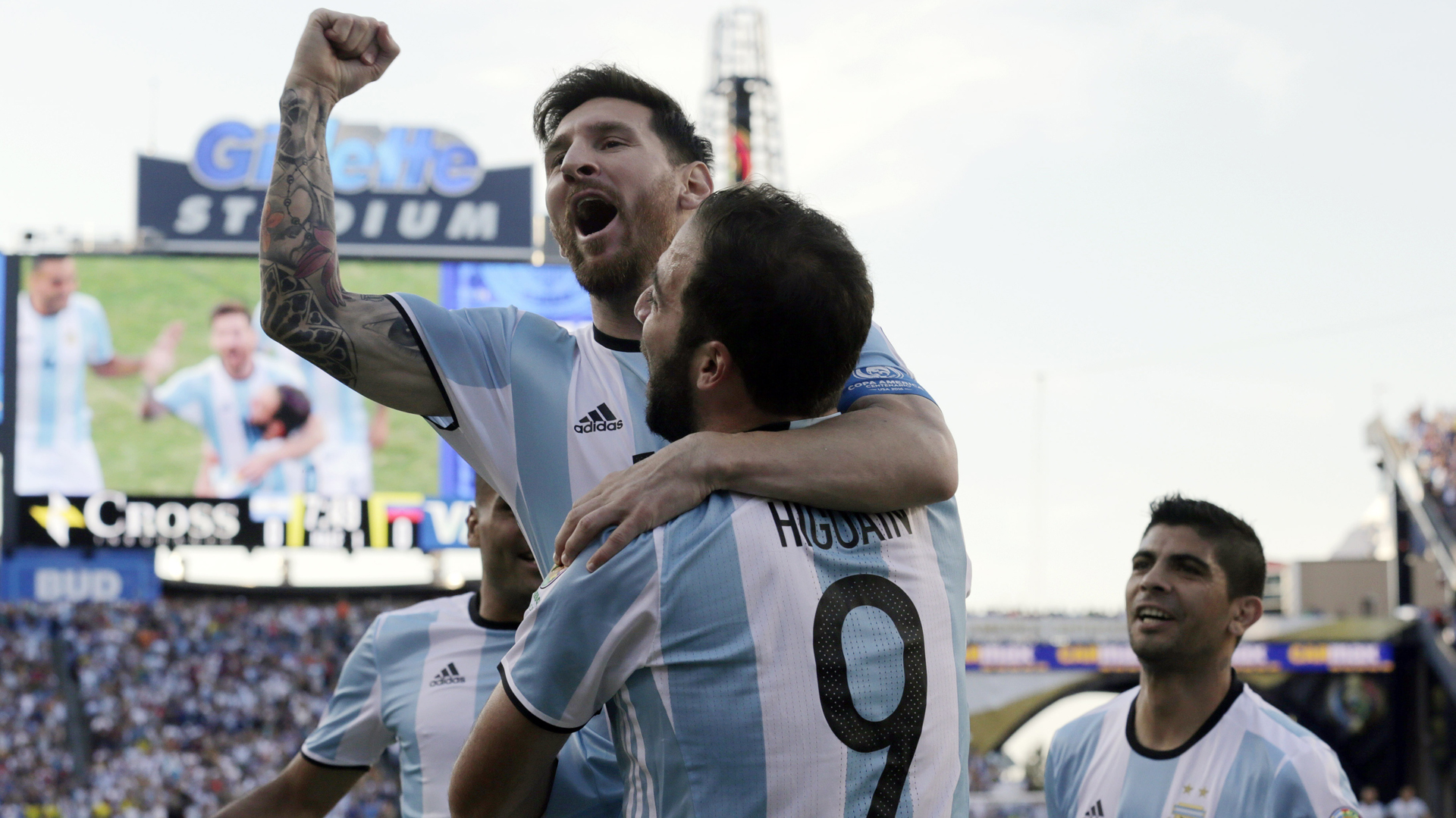 “The ‘club of friends’ reached the world final, if we had been champions, the club of friends would have been the glory, but since it didn’t come out champion, it didn’t help. The groups that came later were also nice, but since they weren’t successful, the charge was accumulating and they were killing us in the press, so the harmony there was not the same as in that World Cup, but the groups were nice just the same”.

“Despite the load and the criticism and the greed, we have played two more finals, imagine the mental strength that squad had.”

“Players from other national teams have told me: ‘If we achieved what you achieved, they would make a statue of us in our countries and you would criticize them.’ What we had achieved was very large”.

“Criticism bothers me, but today the needle does not move me if they value me or not. I have no doubt that you are evaluated by the results, and I don’t think that football is all about the result, as (Marcelo) Bielsa used to say: ‘You have to value football more for the route than for the results’. The route we did before this was to play three finals. It was not given to us, but the route… we were 19 games without losing, we have not even lost the finals (with Chile). Later, over time, if they value me, they are welcome, and if not, the needle will not move because I know what I achieved and what I did”.

“The final that we were closest to was the one in Germany, it was the one that hurt the most because it’s a World Cup”.

“(The play with Neuer) With VAR today they are going to review it and I calculate that they charge it”.

“The lost chance with Chile reproached me, in the United States (Copa América 2016). It was a 20-meter heads-up with the goalkeeper and when a striker has so much time it’s worse. The one from Germany falls on my back, I thought about hitting her, then stopping her… it came as a surprise. And the one from Chile (2015) had a very closed angle. That way, the one in the United States was the clearest, which I didn’t define wrong either, it just happened there.”

“The icing on the cake was not given, but what I experienced no one can take away from me.” 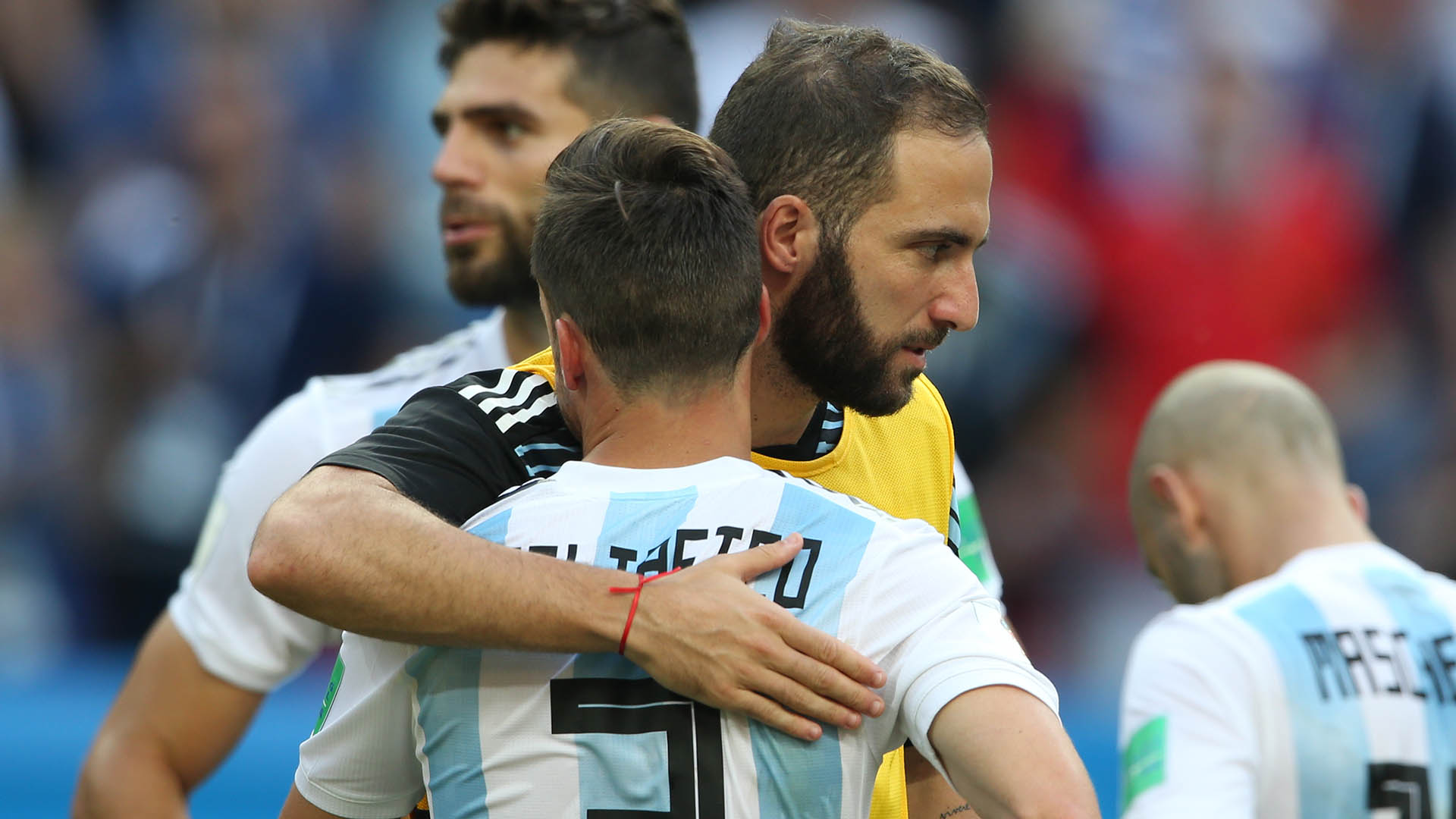 The pain of losing his mother

“In 2016 we lost, I went to Ohio to see Fede (his brother) and he told me that my mother had been diagnosed with uterine cancer and yes, I told my mother that I was retiring until it was cured, I would not play again I didn’t care about soccer or anything. She told me that if she withdrew me she would die sooner. Then I say, how right she was because she enjoyed watching me play soccer for 5 more years, she was on the pitch with me, she saw the Champions League final and she was able to see me play with my brother (in MLS), which was her biggest dream”.

His memories in the clubs of Europe

“The first year Cristiano arrived (at Real Madrid) I scored 27 goals and he 26 and when I’m on vacation I see that they sign Benzema and Kaká. I call the club and tell him… do I need to come back, what do I have to do?

“Florentino Pérez (president of Real Madrid) was removing all the players that Calderón had brought and I felt that he wanted to remove me too, but I scored 25-30 goals a year and he renewed me. So I became a Florentino player and I stayed”.

“For more love, there was no margin (to continue in Napoli), for Juventus to come and pay me the clause was a prize and an honor for what I was doing. He knew what it entailed. But in my first year at Juventus we played in the Champions League final and I said ‘I chose well’. Everything that came back… whoever does wrong in life comes back, all the hate, resentment and insults, with or without reason, (to Napoli) in 8 games I scored 6 goals. When you give so much hate, he returns to you and he returned to them”.

“Gallardo was seen as a technician on the pitch”

“Sabella told Passarella: ‘Make it 9′. I was a substitute and Lucho Figueroa and Tecla Farías played… but I scored a goal against Banfield and I didn’t come out of there until they sold me”.

“It seems to me that (Julián Álvarez) I discovered him a year or so ago, that he played as an 8. I said he was the best 9 that River had, he scored 45 thousand goals and they sold him to Manchester City. Let’s see if someone said it before me… I don’t know. I love that he is doing well, he is a tremendous player, we have changed shirts, humble, professional kid, I wish him the greatest success”.

Hand in hand with Ibai Llanos: his relationship with Messi, the “gift” that Kun Agüero has and the football legend with whom he wants to get into a ring
Qatar World Cup: FIFA confirmed that 26 players can be summoned and reported three other measures
Enzo Fernández to Benfica, a top transfer from River Plate: the 10 biggest sales in its history
Violence in Brazilian soccer: a 20-year-old fan was killed in a fight between fans after the classic between Corinthians and Santos
10 years after the rise of River Plate, what happened to the life of the squad that returned it to the elite of Argentine soccer
Facebook
Pinterest
Twitter
LinkedIn
Email 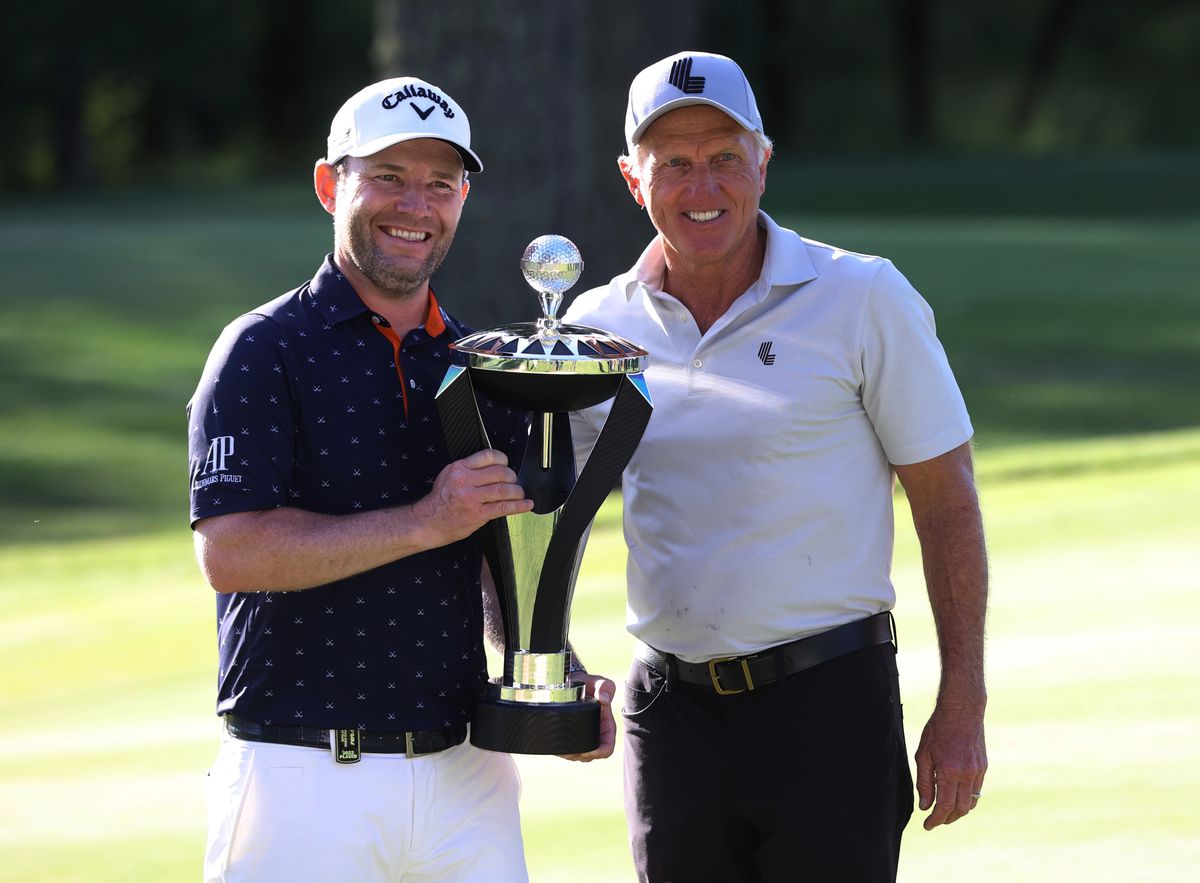 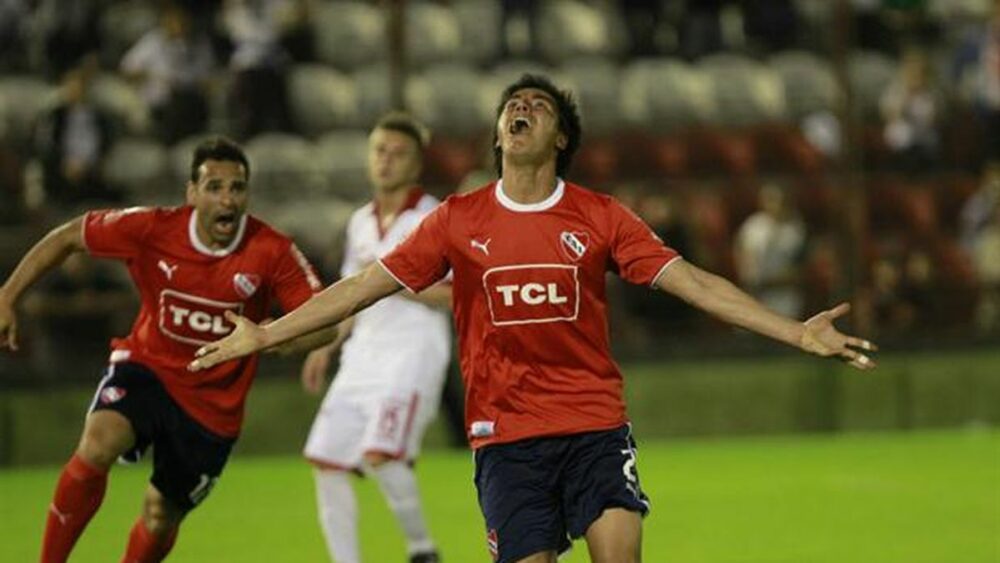 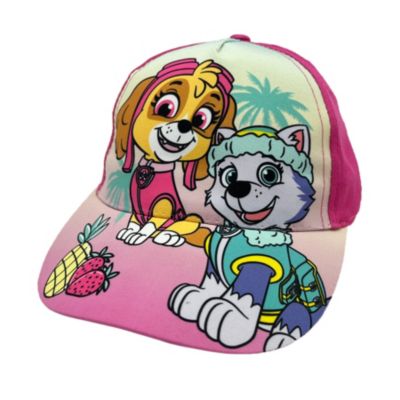