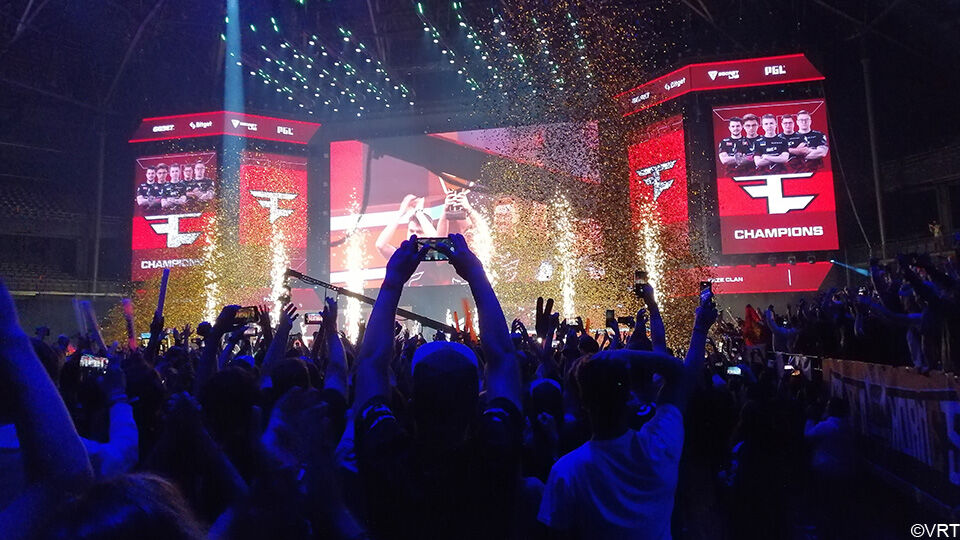 A wildly popular World Cup Counter-Strike in Antwerp had its climax yesterday: Faze Clan beat reigning champion NAVI from Ukraine in the final 2-0 and won a major (World Cup) for the first time. The atmosphere in a sold-out Sportpaleis was frantic.

Thousands of fans came to Antwerp to support their favorite team. The Sportpaleis was full of flags and banners that people wanted to show to the cameras.

The final was between Faze Clan and NAVI, but the fans who supported the loudest were those of VItality. The French team did not make the play-offs. That didn’t stop their supporters club, the Golden Hornets, from loudly creating the atmosphere for the final.

Maïl “M1Lk” Aubry came from France with the Golden Hornets. “Unfortunately VItality is out, so now I support Faze Clan in the final,” says Maïl.

The Golden Hornets have been noticed by everyone in recent days. They cheered so loudly that several players and teams tweeted about them. The organizers also noticed the vocal support of the Vitality fans.

“They contacted us because we were supporting so loudly. They asked us to keep it up and we even got access through the press entrance,” explains the Frenchman. A block of Vitality supporters formed under the press gallery. They regularly launched the Viking-Clap and were the first to go crazy at a crazy play by one of the players.

Popular all over the world

The Sportpaleis was packed with fans from all over the world. Also witness the various fans who came to Belgium from Brazil. They also love Counter-Strike there. “I watch every tournament and I know every player. I’m very proud to be here,” said Brazilian Leothomas Da Silva.

It is clear that Leothomas is crazy about all things gaming. “I’ve been studying Esports in France since last year, so I didn’t have to come all the way from Brazil.”

Fans from all over the world fraternized thanks to the common love for Counter-Strike. “It’s great to see so many different nationalities present. Yesterday I even got to know someone from China,” says Leothomas enthusiastically.

Pedro Escaleira is a Portuguese fan who came to support Imperial. “I’m staying with a friend in Belgium. I’ve always wanted to see a major live, so I’m really happy to be here,” says Pedro. “Now that Imperial is gone, I hope NAVI wins,” the Portuguese explains. Unfortunately for him, his second pick for the tournament was not the overall winner either.

It is the first time that a major – or World Cup – has taken place in Belgium, but that is not apparent according to Pedro. “It’s a great event, I would give the organization a 9/10,” praises Pedro. “Only if the tournament were in Portugal could it get 10/10,” he says with a wink.

Insane atmosphere that few sports can compete with

From the moment the teams appeared on the podium, the roof of the Sportpaleis fell off. No whistling, only loud cheers echoed through the concert hall in Antwerp.

Throughout the final, the audience only went crazy. Every play, every tough tactic was met with shouts and clamor from the fans, with the Golden Hornets as the driving force. They eventually saw Faze Clan triumph. 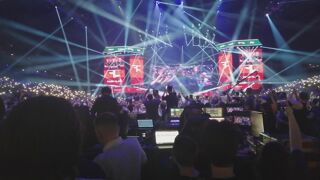 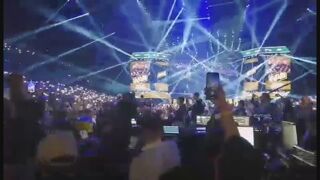