Virtus Bolona wins the Eurocup: will play the next Euroleague 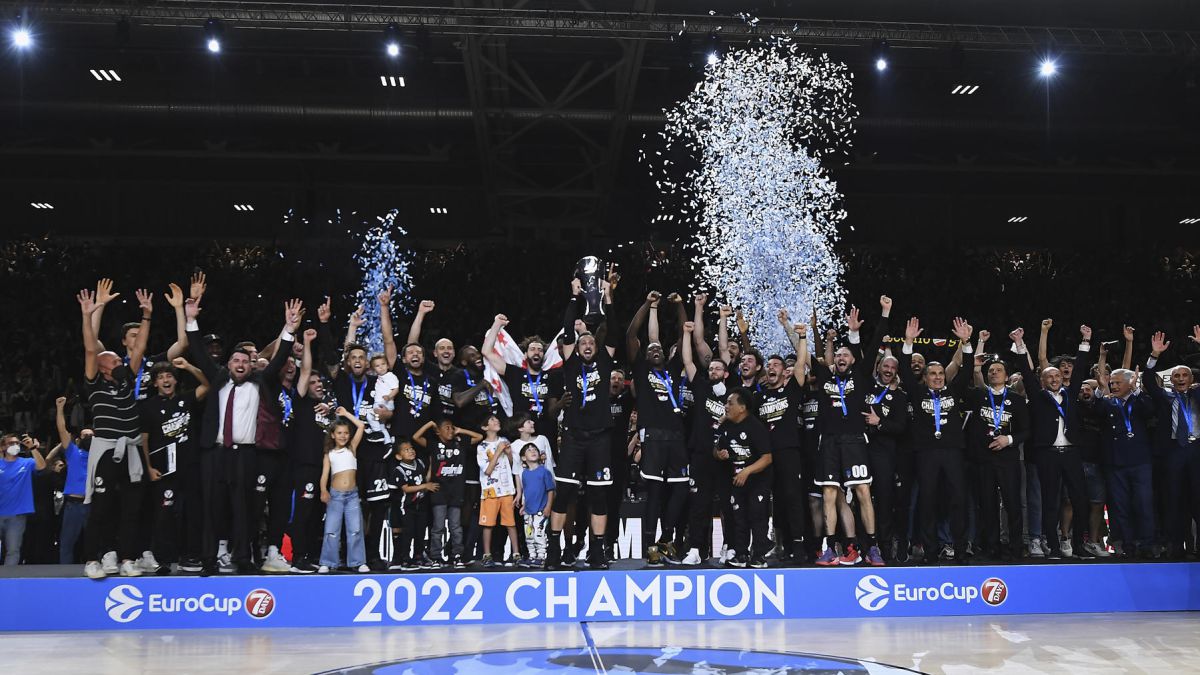 fourteen years later, Virtus Bologna will play the Euroleague again after winning the Turkish Frutti Extra Bursaspor in the Eurocup final (80-67), the great revelation in the playoff of the second continental competition. It is her sixth continental title. And he does it after six years of vertigo, in which he has had to be reborn: from descending to Second in 2016 to rub shoulders with the European basketball elite after winning the FIBA ​​Champions in 2019, the Lega in 2021 and this Eurocup in 2022.

Winning this tournament and reaching the Euroleague was the only and non-debatable goal for Virtus. It was already last season, when they were one step away, in the semifinals, after losing against the Russian Unics Kazan. A failed was acceptable. two no. And Bologna tweaked what it saw as weakest in a superlative squad that joined the Teodosic, Belinelli, Sampson and company in the middle of the season to Shengelia and Hackett after his release from CSKA due to Russia’s invasion of Ukraine.

The main thing, the bench: Aleksander Djordjevic left towards Istanbul (Fenerbahçe) and landed a man from the earth, Sergio Scariolo. The Italian, coach of Spain (seven medals, four golds), allowed various lapses in the group stage with 7 losses in 18 games, but not in these cheating playoffs with a single game that have taken Joventut and Partizán ahead of Belgrade, two of the great candidates, at the first opportunity.

Nor was he going to allow them in a final that Virtus completely dominated in the first half, with a maximum of +15 (40-25), and that was muddied in the second by a Bursaspor that did not want to give up after some final rounds in the ones that have been truly amazing: the Turks have defeated Partizán, Cedevita and Andorra to reach the final after finishing the group stage as seventh with a balance of 8-10 and the fourth worst percentage (44.4%) of the 16 classified. However, the dream came to an end against MVP Milos Teodosic.

The Serbian base started with an absolute superiority. He controlled, he scored: 8 de his 21 points (15 PIR) came in the first three minutes of the duel. Mario Belinelli took over with 7 consecutive goals to close the opening act with 25-12. Bursaspor could not find an answer. He added losses and few shots due to the elastic and aggressive defense of his rival. Everything was in spasms, controlled by the Italians, who watched as Needham, one of the great stars of the Frutti Extra, sat down in the second quarter with four fouls and only six minutes played. Hard punishment and 15 down (40-25) from the hands of a Sampson who was becoming very large in the area.

The second part was another history. Those of Scariolo did not have complete control and the Dusan Alimpijevic scratched. Slowly. His first tackle attempt (52-43) was repelled by two triples from Teodosic in a row (58-43). They were not intimidated and rowed until they were only 5 (64-59) with Bitim and Dudzinski on stilettos… but they did not go any further due to a poor 6 of 25 from the triple (in each playoff game they had exceeded ten) and by the blows of Belinelli and a Jaiteh who took control of the paint and scored eight points in four minutes (from 34 to 38). Italy will have its second representative in the Euroleague and a smiling Scariolo a new title in his record.