The ideal eleven of European football 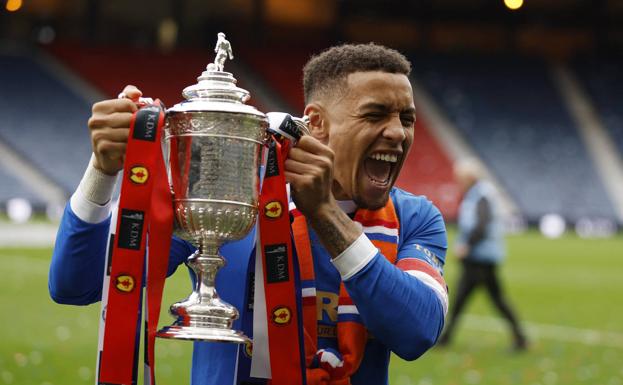 Beyond the big stars, this season there have been a handful of players in European football who, away from the main spotlights, have had extraordinary campaigns. Several of them are close to thirty and have been standing out in football on the continent for some time, but there are also very promising youngsters. The common denominator that unites them is having played a very prominent role in the good work of their teams. This would be the surprise eleven of the European leagues for the 2021-2022 season.

He arrived in Milan last summer to replace nothing more and nothing less than Gigi Donarumma and the French goalkeeper has complied with a note. The previous campaign he won the league with Lille, postulating himself as one of the best goalkeepers in Europe and now the definitive confirmation of him has arrived. He has been the goalkeeper with the fewest goals scored in Serie A, he has kept a clean sheet 17 times in the competition and has the best save percentage in Europe. Spectacular numbers that have contributed to Milan’s scudetto 11 years later.

At thirty, James Tavernier has completed the best season of his career. He came to Rangers in 2015, when he was still in second. His figures between goals and assists have always been high for a winger, but it was this season when he transferred them to Europe. He has finished as the top scorer in the Europa League with 7 goals and led his team to the final. He closes his season with 18 goals and 16 assists in total. Perhaps the Premier will knock on his door again this summer.

Gleison Bremer arrived in Turin four years ago from Atlético Mineiro and since then has not stopped growing. This course, under the orders of Ivan Juric, has experienced the definitive consecration of him. Physically very powerful, he has been the main bulwark of the defensive gear that Juric has built at Torino. Not in vain he has been chosen best defender of the season in Serie A. The greats of Europe raffle him off.

In Germany, Freiburg have been the revelation team and much of the blame lies with Nico Schlotterbeck, a young left-footed centre-back. He has taken over the position exhibiting a composure and a ball exit worthy of the greatest central defenders. With him, his team has fought all season for qualification for the Champions League and has reached the Cup final, which it lost on penalties. Dortmund has already acquired the central defender’s services and his debut with the German national team seems like a matter of time.

After going through the lower categories of French football, Jonathan Clauss went out to try his luck in Germany, in the modest Arminia. His performances caught the attention of Lens, who signed him last year. All the good that he hinted at in his first season in the French elite has been more than confirmed in this one. He has finished with 5 goals and 11 assists. Deschamps’ call was earned and everything points, therefore, to Clauss being in the World Cup with the French team.

Three years ago he signed for Monaco after standing out at Girondins and, after a season of adaptation, he has spent two years at a spectacular level at the Principality club. Midfielder with a lot of class and good handling of the ball, he is accompanied by a privileged physique. He was already a starter with France in the Nations League final and everything indicates that he will be in the World Cup. It seems that Real Madrid is close to getting his services for 80 million euros.

This season he has been on loan, but Connor Gallagher belongs to Chelsea, to the prolific Cobham academy that has brought out so many players in recent years. Gallagher has been climbing steps in his transfers until arriving at Crystal Palace this season. From the hand of his coach, Patrick Viera, he has been the cornerstone in the worthy campaign of the London team. 8 goals and 3 assists for this box-to-box midfielder who will be part of the Chelsea squad next season.

In a Milan that has stood out for the strength of its group, Rafel Leão has been the most outstanding individual. 14 goals and 11 assists for this young Portuguese winger who has an amazing ability to eliminate rivals. His technical level, his stride and his acceleration make Leão an almost unstoppable player with spaces. There is already speculation about a possible sale and in Milan they are rubbing their hands with the value that his young star can reach.

At 29 years old, Filip Kostic has finally made his name resonate in Europe. Four years ago, in his first season at Eintracht, he reached the semi-finals of the Europa League, but despite great performances he was overshadowed by fellow Balkans Rebic and Jovic. After the departure of these, Kostic has assumed the leadership of the team and has guided it to the conquest of the title, leaving Barcelona, ​​among others, on the way. 7 goals and 14 assists have been added by the Serbian this year.

Nkunku’s season is typical of one of the best players in the world. A PSG youth squad, he left the Parisian club three years ago to join Leipzig, where this year he has exploded scoring 35 goals and dishing out 16 assists. He scored 7 in the Champions League, an impressive figure considering that he only played in the group stage. This weekend, when his team was losing the Cup final against Freiburg, he scored the goal that took the game to penalties and, finally, to victory.

This young Uruguayan striker joined Almería from Peñarol three years ago when the sheikh’s project began. A season later he left the Andalusian club for Benfica, in what was the most expensive sale in the history of the second division. Two seasons in the Portuguese capital have shown why. His first season was good, but it was in this one that he revealed his full potential. 34 goals (6 of them in the Champions League) and 4 assists for the striker who should take over from Suárez and Cavani in the Uruguayan national team.

This small Colombian winger has been one of the main arguments for Feyenoord this season, where he has reached the Conference final. Fast, tremendously skilled and with a good shot Sinisterra has scored 23 goals, 11 of them in European competition, and has provided 12 assists. Many teams are fighting over hiring him, but it seems that Betis will be the one to take over his services.