The cold greeting of Leo Messi to Oscar Ruggeri live 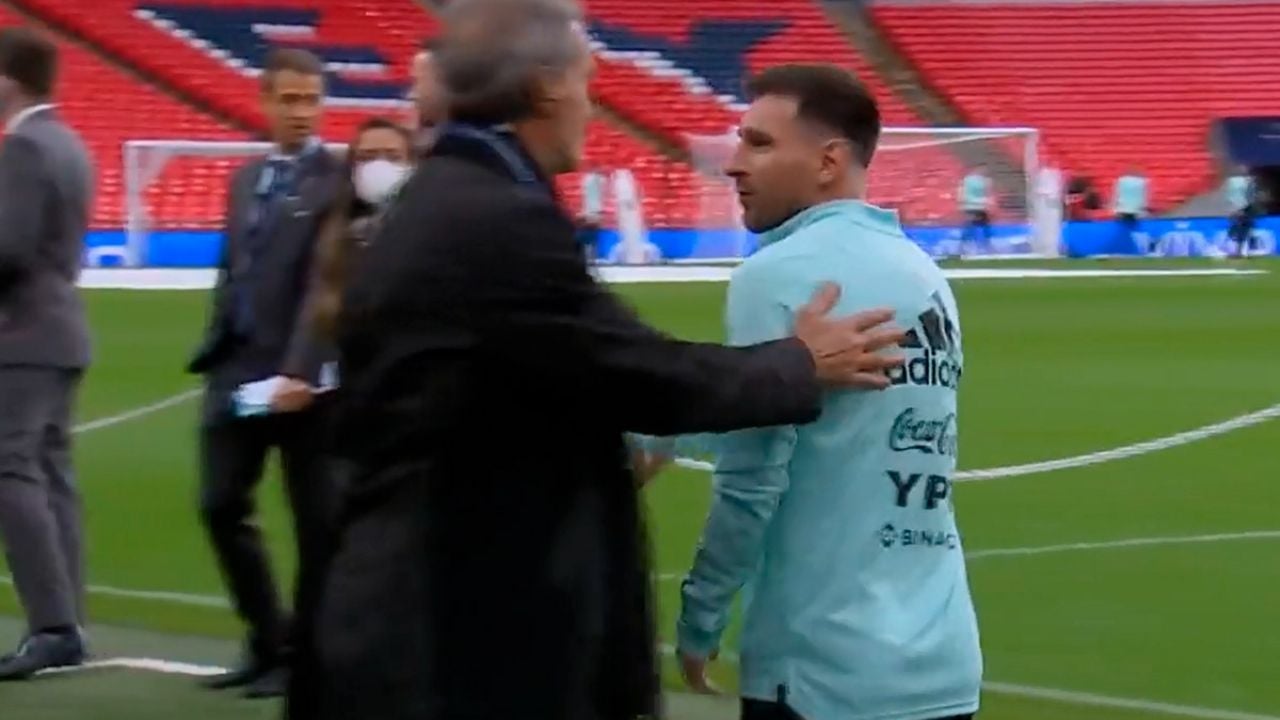 The Argentine National Team recognized the legendary playing field at Wembley Stadium, where this Wednesday the Finalissima will play against Italy, and at the beginning of practice, which was broadcast live on ESPN, Lionel Messi He approached to greet affectionately Vignolo chickenwho was doing his F90 program from the court.

“Leo!” the driver shouted when he saw the Argentine team enter the field. Immediately Messi He turned around, and when he saw who was greeting him, he did not hesitate to separate himself from the group to walk about ten meters, to where the sports channel’s stand was. “How are you, okay?” Vignolo said before melting into a hug. “Luck”, he wished her at the end Vignolo.

What was striking was that when Messi retraced his steps to rejoin the group, Oscar Ruggeri He approached to greet him and the ten of the Selection returned the gesture with a cold greeting (see video).

After a few seconds of silence, a laugh was heard. Vignolowho without commenting on the particular moment between Messi y Ruggeri, went on to describe the arrival of the players from Scaloni’s team at Wembley. “There’s Rodrigo de Paul, Fideo Di María, heh…”, Pollo limited himself to saying.

La Scaloneta will go for its second star this Wednesday against Italy, in a match that crosses the champions of the Copa América and the European Championship, and that recreates the Artemio Franchi Cup, which in 1985 conquered France (2-0 against Uruguay) and in 1993 he lifted Maradona with the Argentine National Team (1-1 and 5-4 on penalties against Denmark, in Mar del Plata).