The ‘Carlos Alcaraz brand’: this is how the new sports star is being built 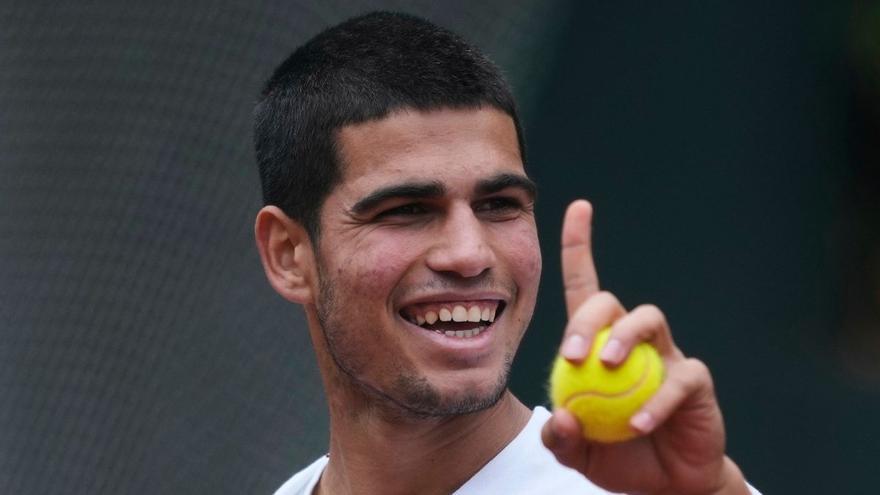 “Let’s not go crazy. Little by little and calmly. As we have always done. We know his potential and we know that this way he will go far”, assures Albert Molina, the manager of Carlos Alcaraz From the age of 13.

In his hands are control the ‘boom’ Carlitos Alcaraz which has exploded with victories in tournaments in Rio de Janeiro, Barcelona, ​​especially, with the two Masters 1,000 won in Miami and Madrid, the last one where he eliminated Rafael Nadal and Novak Djokovic, in two days, before winning the title of overwhelming form against Alexander Zverev.

Albert Molina has experience with other players he has taken care of, such as David Ferrer, Pablo Carreño, Nicolás Almagro or Garbiñe Muguruza, among the best known, in his position as vice president of the IMG representation agency, but he insists that the ‘Alcaraz brand’ must be treated with caution and special care.

The dazzling sporting success has led Alcaraz from 120 in the world to number 6 in a year, and is already aiming for number 1, as well as winning a Grand Slam, is also accompanied by the image of a special player. A breath of fresh air for tennis, not only in Spain, but worldwide.

He is a tennis player compared to Nadal from a young age who has broken one after another the records that the Majorcan achieved at the same age. His interest in the new tennis phenomenon has skyrocketed. In the Madrid final, the audience share on La 1 reached 25.8%. A small sample of the candy that the tennis player from El Palmar represents for the tennis world that is looking for a replacement for the ‘Big Three’ -the trio Federer, Nadal, Djokovic-, dominator of the circuit during the last two decades.

The team that works on the ‘Alcaraz brand’.

The appearance of Alcaraz, his unstoppable progression, his self-confidence on the court, his courage, the appearance of a good boy, his ease in front of the cameras, his physical power and the magic of his blows have made him the fashionable boy. An sports earthquake that has aroused a voracious interest from brands to incorporate the image of the tennis player in their advertising campaigns.

“We receive many calls, more every day. We value them all, but we don’t want to lose our heads,” explains Molina. “We prefer to have few ‘sponsors’, but good. That they fit the profile, the values ​​and the way of being of Carlos. In that we are and we will be very selective”.

“Having sponsors means invest time in promotiontime that is taken away from the important work that is on the court, in tennis,” says Alcaraz’s manager, who is the one who sets the line to follow, in accordance with the sports plan designed by Juan Carlos Ferrero and the final acceptance of his parents, who manage the tennis player’s income.

The athlete signs a contract with Isdin, an expert laboratory in photoprotection.

At the moment Alcaraz only has four ‘sponsors’. Babolat, which is the tennis player’s racket since he was 12 years old; Nike, which you saw on the track since he was 16 years old. And this year Rolex and ISDIN have joined, all already with international contracts, with fixed and variable ones depending on the results of the tennis player.

Babolat and Nike have been joined by Rolex and ISDIN, all with international contracts

“With Nike and Babolat we have signed until the year 2025, and in both cases we have already begun to talk to extend it,” says Molina.

The two companies have had Nadal as their image for more than 20 years, and now they will have to measure how to share the cake, which is estimated at 20 million euros with the emerging star. Nike is already considering a special line that will distinguish Alcaraz’s kit in the future, as Nadal has.

The incorporation of Alcaraz to Rolex is a sign of the interest of luxury brands. The watchmaking firm has had Roger Federer since 2006, who signed a first contract for 10 years worth 15 million dollars.

Alcaraz joins a restricted list of players such as Garbiñe Muguruza, Serena Williams, Angelique Kerber and legends such as Rod Laver and Björn Borg from a brand focused on tennis that also sponsors Wimbledon, Roland Garros and the US Open, among other tournaments. of the circuit.

Relief of Nadal, Gasol or Alonso

An Alcaraz still a child, together with Rafa Nadal.

With only four ‘sponsors’, Alcaraz is free to sign contracts with any brand of car, banks, insurance, telephony, drinks, among the many options being considered. “At IMG there is a team of six people who analyze and control the offers, but we are all clear that we are not going to have 20 brands,” explains Molina.

Hiring the new phenomenon will not be easy or cheap. Nadal, who could be the reference, has as direct sponsors -Nike, Babolat, Kia Motors, Telefónica, Richard Mille, Mapfre-, in addition to his academy, real estate businesses and his own Foundation. The Majorcan tennis player stopped working with IMG to create his own agency, like Roger Federer.

“Carlos is focused on his tennis. Money is not a priority, it will come with the results”

Alcaraz bursts onto the scene at a time of change in world tennis, with Nadal, Djokovic and Federer at the end of their careers, but also in Spanish sport, where the relief of iconic athletes such as Pau Gasol o Fernando Alonso.

The young tennis player from Murcia “is coping well with the situation,” says Molina. “Carlos is focused on his tennis, the results. That is his passion. He plays because he has liked it since he was a child. He is smart and listens. money is not a prioritywill come with the results.”

On the official ATP website, and after his last victory at the Mutua Madrid Open, Alcaraz has won $5,422,072 in prize money. A figure that is already important for anyone, but that will surely multiply by a hundred in the future. Rafael Nadal, after two decades in the tennis elite, has earned $128,260,778 as of this week.

Those amounts are just tip of the earnings iceberg that the best players can reach for their income off the court. ‘Forbes’ magazine highlighted Roger Federer as the tennis player who had earned the most money in 2021, almost without playing, with 90.6 million dollars in gross. Nadal is third in that ranking, with 41.8 million.

The tennis player (on the right), along with his mother and his brothers, Álvaro, Sergio and Jaime.

Overnight, he has become a new sports idol in Spain. Alcaraz has assumed it, for the moment, naturally. “If it is necessary to give him a smack, he is given“, jokes Ferrero, aware of this situation from his own experience, who protects him and makes his pupil touch “with his feet on the ground”.

Charly continues to live with his parents and siblings in the apartment in El Palmar, and he still doesn’t have a car

No eccentricities. Carlitos, or ‘Charly’ as he wants to be called, continues to live with his parents and siblings in the apartment in El Palmar (Murcia). don’t have a car yet. Use the family one.

When he is in Murcia, he likes to go out with his usual friends, go fishing, to the cinema or to ‘pigeon shooting’, as the Real Sociedad Club de Campo de Murcia is popularly known, founded in 1923, on a farm in full nature, in which his grandfather Carlos became a member and later brought Carlos’ father, current director of the tennis school.

He likes to go out with his usual friends, go fishing, to the movies and to ‘pigeon shooting’

In those facilities Carlitos and his brothers, Álvaro, Sergio and Jaime, the youngest, who also wants to be a tennis player, have spent their lives. “When he was three years old, he was already dragging his father’s rackets,” recalls his mother, Virginia Garfia. “His environment is that of a normal boy of his age“, says Molina, who highlights the role of the family as “spectacular, a 10”.

Ferrero and an expert team

Alcaraz and his team cycling through Paris.

His father, Carlos Alcaraz, who trained him in tennis as a child, has been able to leave his son in the hands of Ferrero and a team that has focused on his preparation since he was 15 years old at the JC Ferrero-Equelite Sport Academy, five minutes away de Villena, directed by Antonio Cascales, former coach of the world number 1, who also brings his knowledge to the team. He has a group with two physical trainersAlex Sanchez and Alberto Lledó, two other recovery ‘physios’Juan José Moreno and Fran Rubio; the doctorJuanjo Lopez, and the psychologist Elizabeth Berenguer. “People with a lot of experience and who have turned to Carlos.”

The whole team knew about Alcaraz’s possibilities, but they have been caught by surprise by his spectacular progression in just four months. At 19 years old, he far surpasses Djokovic or Federer in his record, at the same age. Only Nadal had it better, with 11 titles, including Roland Garros and two Masters 1,000 (Monte Carlo and Rome) and his first Davis Cup, at the end of the season.

Alcaraz has five months left to beat that Mallorcan record, but at the moment he already has the Miami title, which no Spanish tennis player had previously won. “This year we knew that he was going to be very good. The goal was to get into the Masters, but what he has done, no. That is impressive, nobody expected it.” 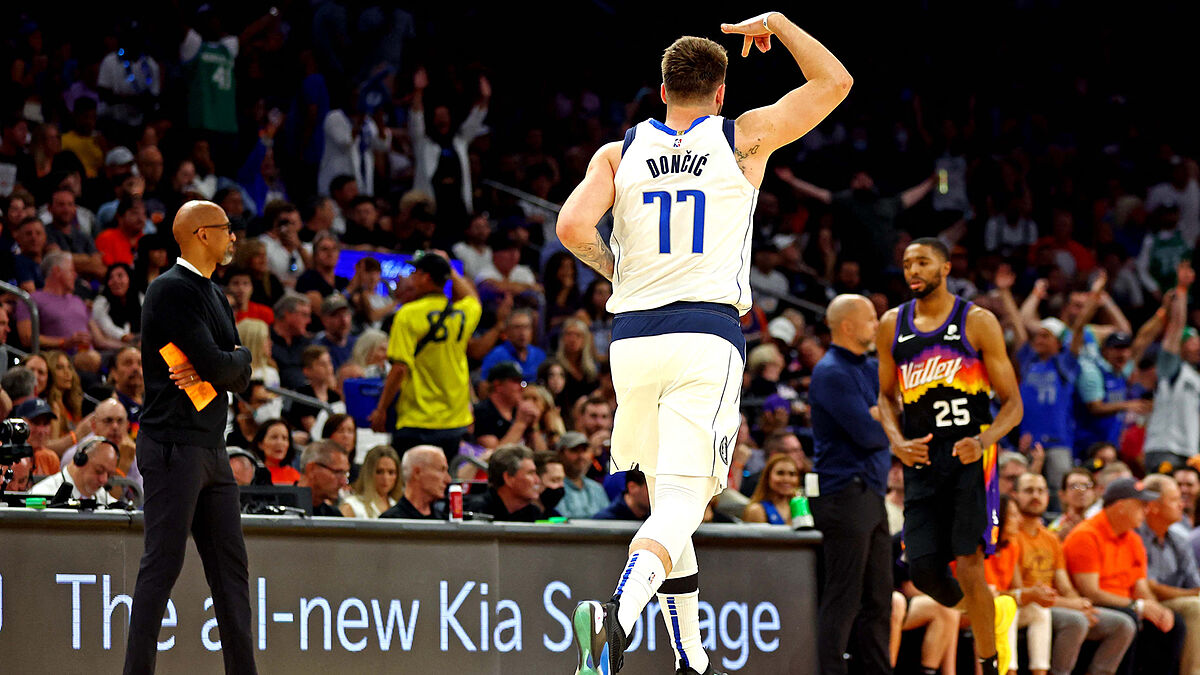 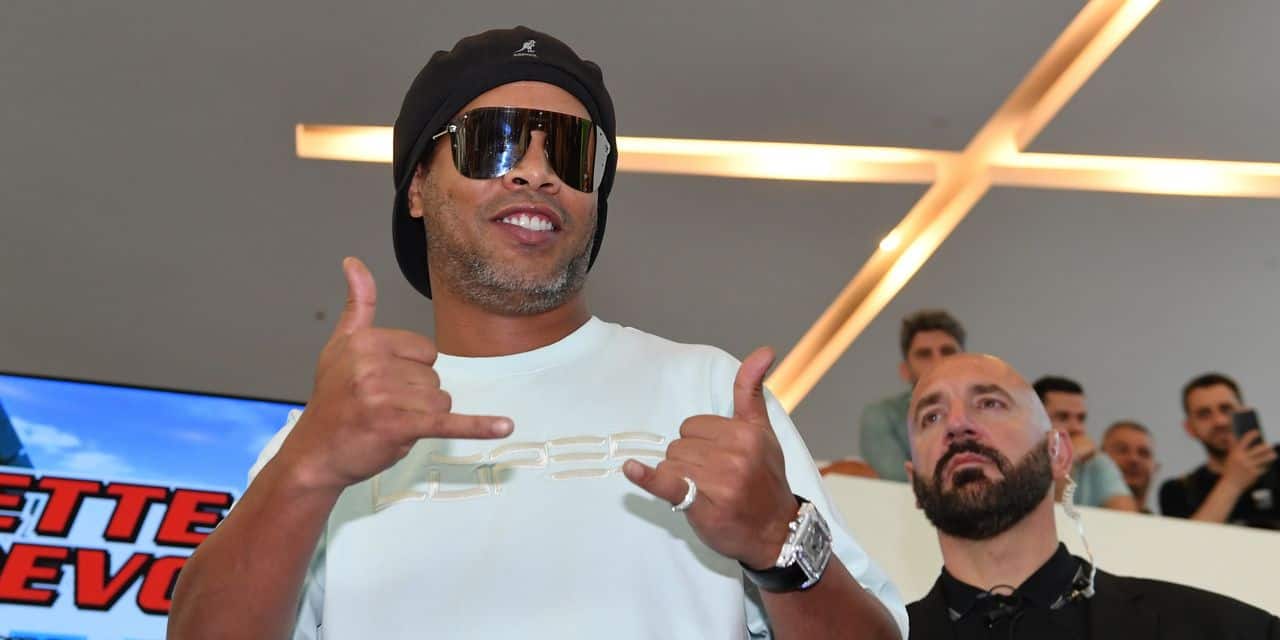 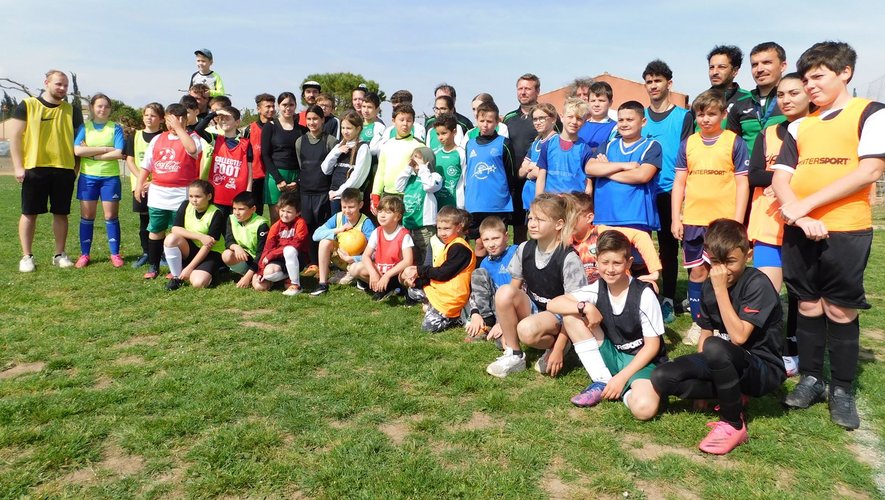