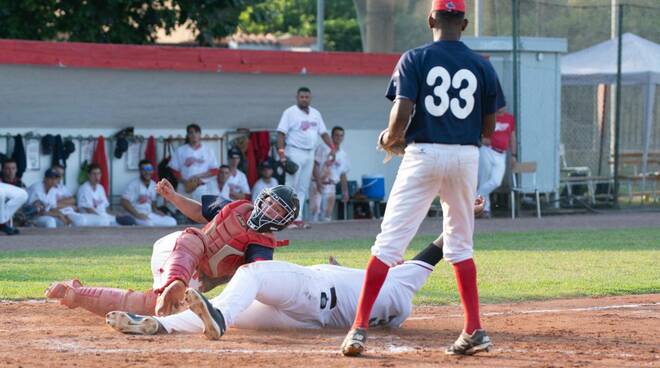 On Sunday 15 May, with the usual start of race one at 11 and race two sixty minutes after the end of the first match, Piacenza Baseball will be guests of Milan 1946 on the famous diamond named after John Fitzgerald Kennedy.

The Milanese team has returned from a 2021 season in which they were able to savor Serie A where, inserted in a prohibitive group, they fought to the last for salvation, then missed by a whisker. Fixed opponent of the red and white in the previous seasons of Serie B, the team led by Fraschetti, one of the favorites of Group A, is currently fighting for the leadership of the standings with a balance of six wins and two defeats. Comparing the statistics of the teams close to the direct comparison, it immediately catches the eye how Piacenza and Milan have produced practically identical numbers in attack, while the rossoblu have better numbers, albeit slightly, in the pitchers department. The Lombards, on the other hand, are decidedly better in terms of defense, which up to now has been Piacenza’s weak point and which has ended up determining some recent results in closed-score games decided by episodes.

Marenghi’s team is still in the “ups and downs” phase, alternating decisive performances with others in which it is struggling to express its potential. Previous comparisons between the two teams have always shown an overall balance, with several matches ending in extrainning; also in this case it is hoped for Piacenza the performance that can trigger the classic spark that allows to turn positively obtaining continuity of results in the rest of the Championship, which shows a very short ranking and in which it is impossible to hazard a prediction now. The red and white technical staff will have to deal with the crowded infirmary again: the recoveries of Cetti, Nodari and Capra are taking longer than expected and are monitored from week to week, while Perez should be available while gritting his teeth to stem the protracted knee inflammation.