Selling Memphis, a round deal for Barça 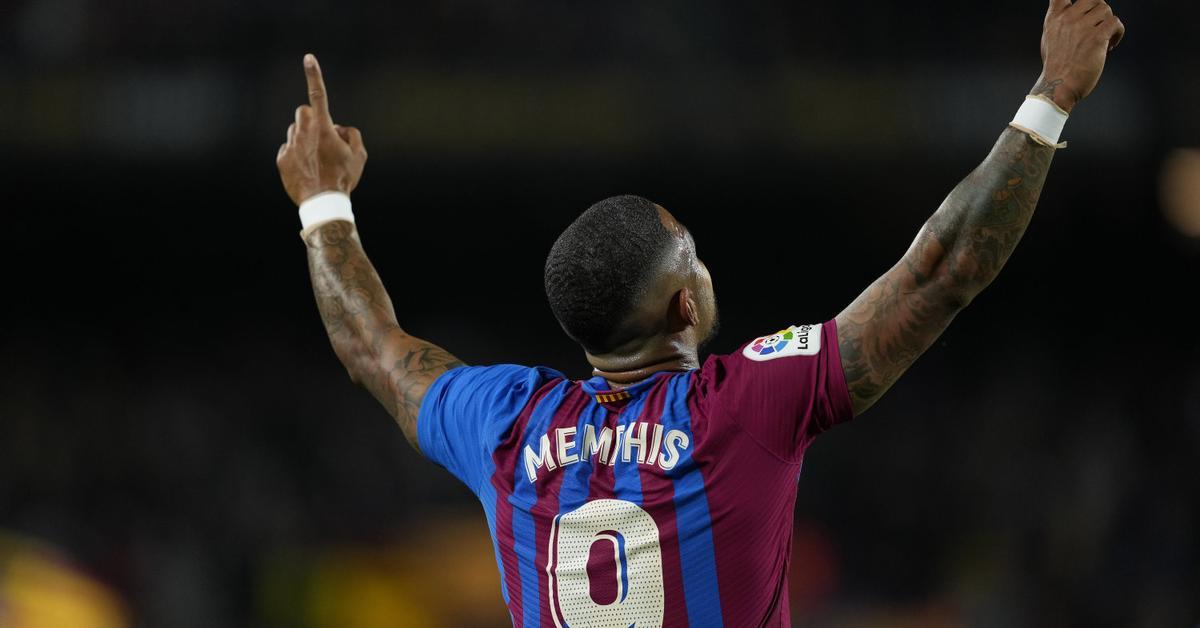 Barcelona“Signing up for Memphis has been a big deal. If it goes well, we have a top-tier striker at zero cost. And if it goes wrong, because he only has a two-year contract, the losses would be minimal.” This phrase was uttered by an authorized voice of the Barça sports leadership in the summer, just after the presentation of the Dutch footballer, who arrived free of charge after ending his contract with Olympique de Lyon. A season later, the statement makes more sense than ever. Memphis has offered erratic performance over the course of the year, but has left some quality details that have kept its market value at bay. Aware of this, and in a context such as the current one in which the club urgently needs income, the president Joan Laporta has decided to put the footballer in the shop window. However, Xavi does not agree: the Terrassa coach wants the Dutchman to continue in the first team.

Once again, the economic issue takes precedence over the sporting reason. And it won’t be the last time. At least as long as Barça continue to have problems with the famous salary cap. Xavi and Laporta have talked about signings, affiliations and terminations. The letter to the Kings is extensive, but everything ends up always depending on the same thing: to have real capacity to make incorporations. Although, in financial terms, the club has regained some muscle, it is still unable to buy the players it would like because it has almost no room to sign. Coutinho’s departure to Aston Villa has already been confirmed, and Frenkie de Jong’s departure as much as possible will give oxygen to the club, although it is not enough to fix the underlying problem. The club is also working to raise money from an investment fund – CVC or another – and to sell assets such as Barça Studios. However, the sale of footballers is still necessary. The big downside is that there are no offers for discarded players or they are ridiculous.

The case of Memphis Depay is particular. Unlike Coutinho and De Jong, it would be a net profit for the club, because he got free and there is no amount to pay off. The player is one of those who qualifies as a franchisee, because his salary represents more than 5% of the total staff. In this way, in addition to saving the card, 33% of this money and 33% of the transfer price could be used to add new players. So far, no specific offers have been released for the footballer, but the market price, according to the portal Transfermarkt, would be 45 million euros. However, it should be borne in mind that Memphis has only one year left on its contract (until 2023) and, therefore, the figure that Barça would obtain would be lower, between approximately 20 and 30 million.

But the coaching staff doesn’t want to lose sight of Memphis. It’s not in the starting eleven that Xavi has in mind, but he does see a replacement for guarantees for when he has to make rotations. Memphis has scored 13 goals in 36 games and is the team’s top scorer along with Aubameyang. In addition, it has gradually adapted to the game system that Xavi wants. And at 28, he still has a lot of football in his boots. The answer coming from the box is precisely that Memphis is not indisputable at eleven and that with Xavi he has started more games on the bench (10) than as a starter (9). Another argument for selling Memphis is that Auba, despite arriving in January, has scored the same goals as the Dutchman all season.

The club knows that the decision must be made this summer, because it is the only time when Barça has the upper hand. If the season starts and Memphis stays on the team, then he would only have a one-year contract and in January he could commit to whoever he wanted and go free. Therefore, if you want to cash in, it can only be from now until August 31st. The alternative for sale would be renovation, but that option is not on the table right now. Xavi will try to impose his footballing criteria, but he is aware that in many situations he has to lose. It is clear that he will avoid direct conflict with the president. The club is bad, more so than you could imagine.