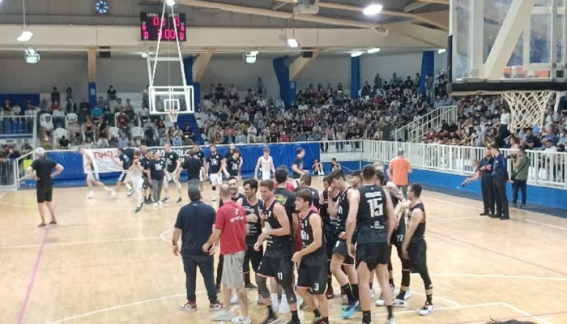 ANGRI. Nothing to do for Angri Pallacanestro defeated 76-66, in game 2 of the semifinal, on the JuveCaserta Academy parquet. A good first part of the game is not enough, with the under Ruggiero and Terzi excellent grafts from the bench, the Terra di Lavoro team has more energy and wins the 1-1 point. I start obviously rather contracted on both sides. It is Cioppa and Markus who break the balance with the 10-2, which forces coach Costagliola to call an urgent timeout. The replica is by Markovic and Daunys who shorten to 12-9. Izzo unlocks and scores two archery shots for 17-15. A bomb from the newly entered Ruggiero brings the grigiorossi ahead for the first time, going to the first rest on 17-18. The second period opens with two torpedoes and an acrobatic shot by the gunman Iannicelli from the corner (17-26). JuveCaserta Academy is on tilt and is punished by Terzi’s counterattack for +11 (17-28 and 12-10 break). This time it’s D’Addio who has to stop the bleeding. The reaction of the hosts comes with Cioppa and Bagdonavicius (25-28), who reopen the games. It is a free from Markovic to break the gray-red fast (25-29). But Mastroianni and Cioppa are hot and put the rooms back with their noses ahead (32-29). Then De Ninno replies to Daunys for 34-31 with which he returns to the locker room.

In the second half it is still De Ninno who hurts the guests for 40-35. Angri loses fluidity in attack and JuveCaserta Academy hurts with Kuvekalovic and Markus (48-37). In the most difficult moment De Martino signs up for the first time on the scoresheet for the 48-40. The grigiorossi regain courage and reduce the gap with Izzo and Markovic (48-44). The locals do not retreat a beat and return to +11 with Mastroianni (57-46). Terzi tries to keep him on track for the 59-51 with which he goes to the last rest. In the last fraction it is Ruggiero again who stamps from the perimeter, but De Ninno makes no mistake from below (63-53). Angri crashes and Markus nails two dunks for 72-55. Daunys’ attempts from the arch are useless, when the oxen have already escaped from the stable. All to be redone for Angri, waiting for a throbbing match 3 next Saturday, with a duo at 7pm, at PalaGalvani.