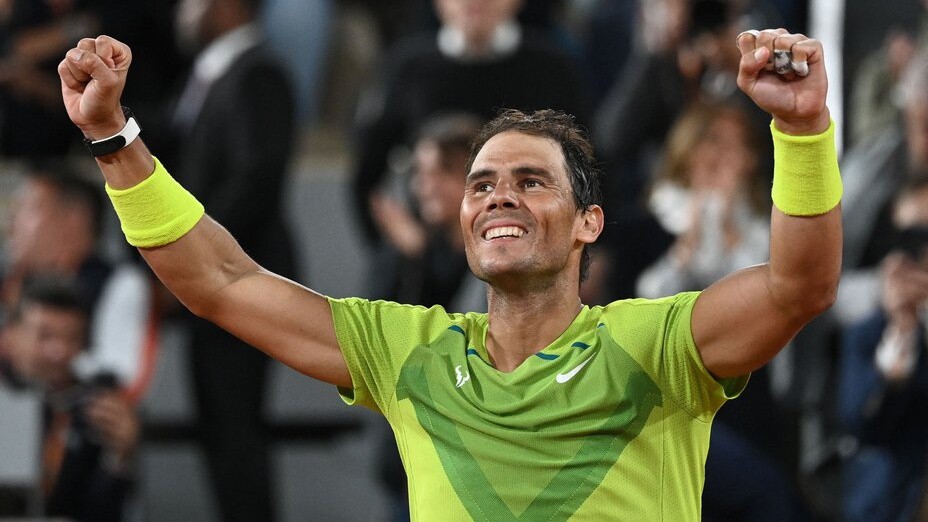 • The Spanish celebrated their 29th success in 59 matches against Djokovic. The duel is still ahead with 30 successes in Serbs.

• The most titled Roland Garros tennis player won the 11th victory on the 18th Grand Slam tournament matches against Novak Djokovic. No other duel has taken place so many times in the open era. 17 mutual Grand Slam the matches are for Djokovic and Federer.

• The game against Djokovic, which started on May 31 and ended on June 1, lasted four hours and 16 minutes. Nadal spent at least four hours on the court for the second match in a row. In the eighth final, the Spaniard played seven minutes longer against Felix Oge-Alias.

• As a result of the loss, Djokovic will drop to the third position in the ATP rank in June. It will take place on June 6, if Aleksandrs Zverevs wins the “French Open”. If Germany’s first number is lost in the semi-finals or finals, Djokovic will slip to third place on June 13 as a minimum. Nadal can also overtake him by winning the tournament.

• In the semi-finals, Nadal will play against the third number of the ATP ranking Alexander Zverev. The match will take place on June 3, the day Rafael Nadal celebrates his 36th birthday.

Already at the beginning of the match, it became clear that the game would not end soon. The first game, which lasted more than ten minutes, was completed by Nadal. Spain also managed to strengthen its lead. In the fourth game, Djokovic did not use two breakballs to even out the result. Instead, Nadal was in the next game at the break, practically guaranteeing success in the first set, which was later won with the first set ball.

A similar introduction was made to the second set, when its first game lasted more than 12 minutes. Once again, Djokovic lost his serve by entering three games in a row that Nadala won. The Spaniard was unable to maintain a double lead – the leader of the ATP ranked with four defeated games in a row, already taking the lead with 4: 3. Djokovic, who took the initiative at the end of the set, was more successful, leveling the score 1-1.

At the beginning of the third set clay king recovered. Djokovic’s third set in a row failed to keep his serve in the first game, with Nadal winning to zero. In the middle of the set, the Spaniard once again broke the world ‘s first racket service, rapidly approaching success in the third set.

In the fourth set, Djokovic tried to repeat the second option – to equalize the result. At the beginning of the set, Serb did very well, being ahead with a break and 3: 0 after three games. After that, the server managed to win the next five games.

Nadal, who won 13 “Roland Garros” titles, did not give up at the end of the fourth set, not allowing Djokovic to serve the set. The Spaniard played two setballs in the long ninth game and took one break, which he also used. The fourth set reached the dominant Taiwan clay king. Nadal quickly reached 6: 1, but Djokovic played the first three matches. Nadal had a fourth chance to win the game, reaching the semifinals.

How about this for a 𝐩𝐡𝐞𝐧𝐨𝐦𝐞𝐧𝐚𝐥 point?! 🙌#RolandGarros | @RafaelNadal pic.twitter.com/KgFbppsgAa

Look at what it means to the 13-time champion! 🙌#RolandGarros | @RafaelNadal pic.twitter.com/piW8X3hMvY