Nadal beats Djokovic and is in the semifinal of Roland Garros 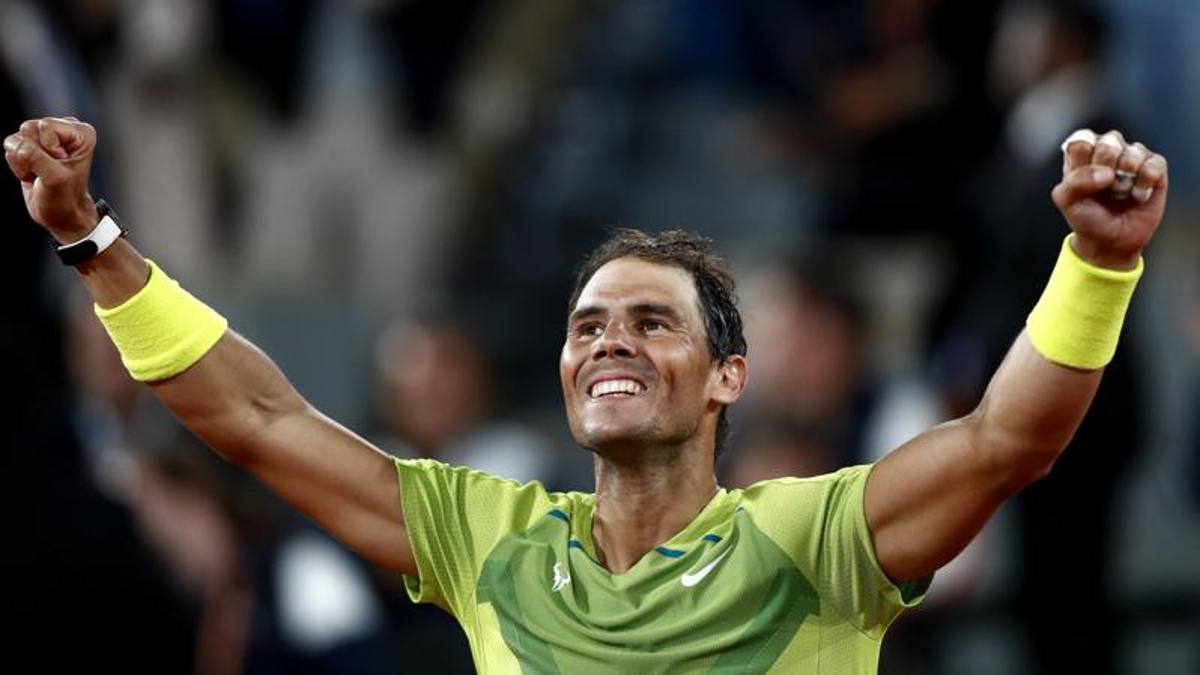 Episode 59 of a rivalry already in the legend bears the signature of the Majorcan who closes 6-2 4-6 6-2 7-6 (4). For Rafa now the obstacle Zverev towards the final, on Friday on his 36th birthday

No. It wasn’t a match like any other. It never was between Nadal and Djokovic. On the one hand, the man with the most Grand Slams in history, 21, 13 times champion in Paris. On the other hand, the number 1 in the world, the antagonist, almost always forced to play the role of the “bad guy” when on the other side of the net there were the most loved, Rafa and Roger. In the end the fighter won, the left-handed gladiator who continues his race to Roland Garros number 14 after beating the number 1 in the world 6-2 4-6 6-2 7-6 (4). On Friday, on his 36th birthday, he will face Sascha Zverev in the semifinal number 15 in Paris, the 37th in a career Grand Prix.

“The most important tournament”

Nadal and his second home, Nadal started as an underdog on the eve of the 59th episode of an already legendary rivalry. Ten days ago the Majorcan did not even know if he would come to play Roland Garros and tonight, after fighting five sets against Aliassime two days ago to earn the luxury quarter with Nole, the Majorcan with his left foot literally in pieces, he remained in camp over four hours for an endless battle, which began in May and ended in June on a cold Parisian night: “Thank you, thank you, thank you all – he says after the battle -. Your support is incredible, exceptional. This is the most important in my life. It was a very hard game, Novak is the strongest of all time and every time it is an intense battle. The only way to beat him is to play at a very high level from the first to the last point. “

Djokovic starts serving, the first 15 is from Nole. A very long exchange follows (22 shots), Nole’s forehand ends up on the net, 15-15 and a roar from Chatrier, mostly deployed for the Spaniard. It goes to the advantages. Rafa imposes a very high pace and has a break point, then another, and a third. Neither of them wants to give in an inch and after 10 minutes it is still the advantages. Eventually Rafa passes, 1-0 ahead. Nole pushes, takes 30-30, but gives Nadal time to think. The Spaniard consolidates his lead and climbs 2-0. In the fourth game Nole has two chances to get back in a draw. But Nadal cancels them, and when he is in the lead he misses a bump, bringing him back 40-40. With two straight long lines in a row he returns forward and a tape that throws out the Serbian’s ball closes the practice for the 3-1. The left-handed push is continuous, break ball also in the fifth game: with a straight down the line he unleashes the delirium of Chatrier, now he is ahead 4-1. The set is now compromised for Djokovic who loses it 6-2. Nadal is demon-possessed. He leaves nothing, attacks every ball and puts Nole under pressure again, forced to save himself from the break, six times, even at the start of the second set. But at the seventh chance Rafa sprints ahead as in the first set. The Serb looks like a punched boxer, and takes another break in the third game. The Majorcan on the other hand is not making a mistake, and so far the winners are 25 against 12 of the number 1 in the world. Nole, however, shakes, recovers the first break and also the second, with four consecutive games he moves forward 4-3. On 5-4 the fogging of Nadal continues, who gives up the serve and with it the set. All to be redone.

Nadal restarts as in the previous two sets and after two and a half hours, the third set opens again with the Spaniard ahead of a break. He has to struggle the 21 Grand Slam champion to keep his joke at 3-1, but this time it is Djokovic who has a decline. He gives up the turn of service and ends up under 4-1 thanks to a double fault and a backhand out. Now the balance is on the side of the Spaniard. It has been playing for almost three hours and in Paris it is so cold that many spectators start leaving the stadium. Rafa tries to speed up the times and ends 6-2 this time in “just” 41 minutes. The fourth set runs fast, with Nadal losing his serve and sinking 3-0. Both are in a hurry to close, the Majorcan tries in the 7th game to hang up the number 1 in the world but the attempt fails. The opportunity returns in the ninth game and this time Rafa is more reactive, attentive, plays very deep and manages, with a miracle of tenacity than only him, to bring the score back in a draw. The tie break decides, with Rafa sprinting forward 2-0, then 4-1. And finally, after having burned 3 match points, he closes and reaches the semifinal in Paris for the 15th time. His reign.