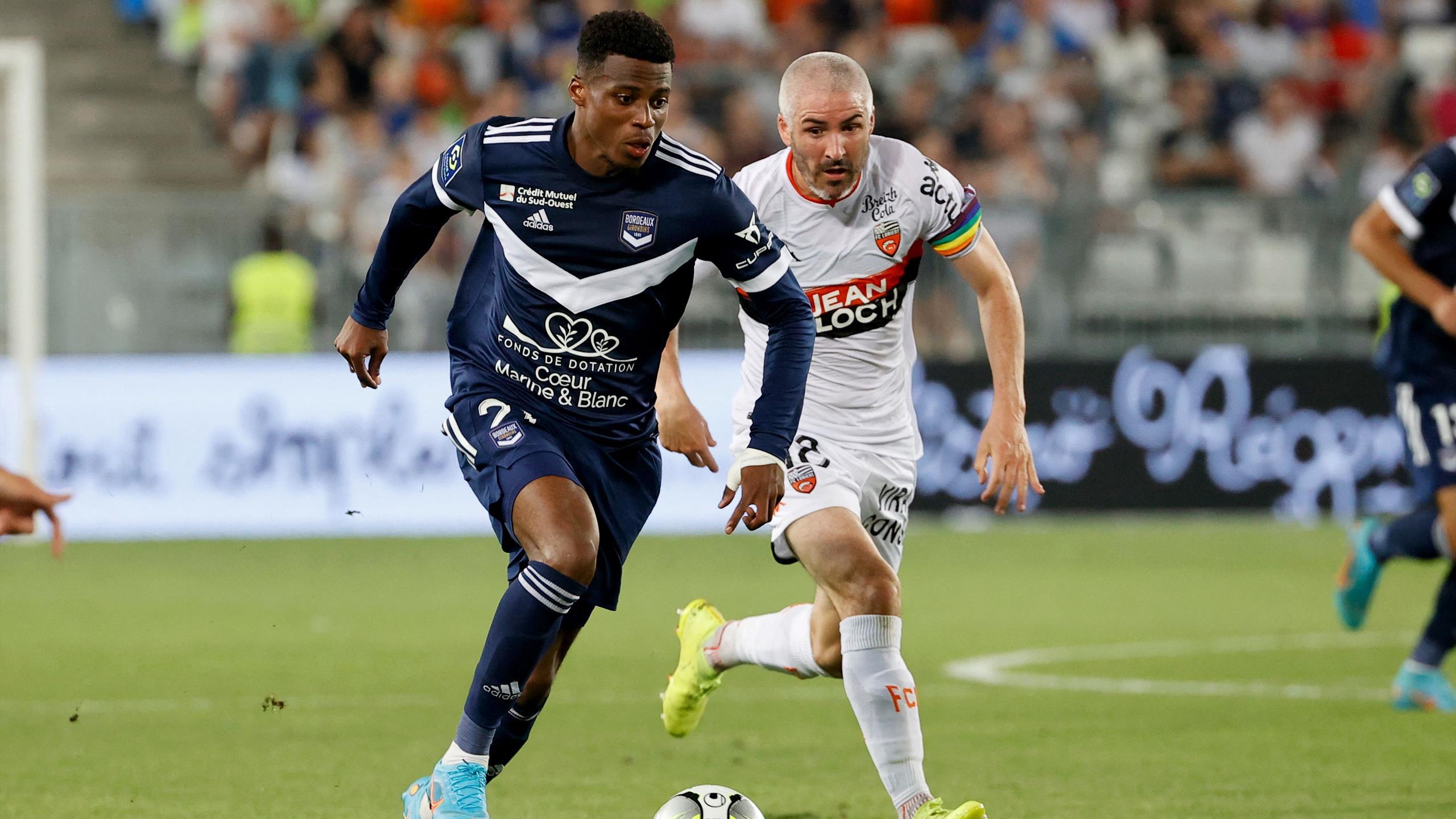 The precipice was at the end of these 90 minutes, Bordeaux stayed on the edge without officially falling. But that shouldn’t be enough. This draw against Lorient (0-0) allowed the Girondins to officially continue to dream of a hypothetical barrage.

But with three points behind Metz and Saint-Etienne and a goal difference clearly against them (-41 against -29 for Metz and -35 for ASSE), it would take a resounding feat for Bordeaux to save their head in Ligue 1, a major success in Brest combined with major defeats in Metz and Saint-Etienne. Yes, we can say it, Bordeaux is almost in Ligue 2, it only lacks confirmation on the last day.

“You are shit” and throwing PQ: in Bordeaux, colorful anger

The activity of Sekou Mara, replacing a sanctioned M’Baye Niang, on the attacking front was not enough to maintain hope in Gironde. In a Matmut Atlantique decided to make its players pay for this catastrophic season, Ui-Jo Hwang was clumsy (68th, 76th).

Dango Ouattara could have definitively condemned the Bordelais, but he came up against Gaëtan Poussin (39th, 59th). What does it matter for Lorient, this draw ensures that it remains in Ligue 1. For Bordeaux, given the heads of the players after the match, it will take a miracle.

The Greens had part of their destiny between their feet. And they totally failed. On their first attack of the game, Oscar Garcia’s men made their realism speak through Munetsi (2nd), opportunist in the box. Obliged to hang a result to hope, the Greens, without their public, were quick to react on a badly repelled corner and resumed with a dry strike by Mangala (12th).

But once again unable to keep up with the pace of the game, the Saint-Etienne defenders were surprised by Doumbia on the hour mark (61st). A stab in the back from which the Stéphanois will not recover, despite a goal disallowed for Hamouma for a foul on Rajkovic (72nd). The players of Pascal Dupraz, now 19th and relegated, will therefore play their last cartridge on the side of Nantes during the last day.

The Messins can therefore still believe in miracles. Condemned to a faultless by the end of the championship to hope to snatch the place of play-off at the end of the season, FC Metz achieved the essentials by winning on their lawn against Angers (1-0). Here they are 18th and roadblockers before the last day with their destiny in their hands.

Long sterile in their offensive intentions, Frédéric Antonetti’s men ended up cracking the Angevin lock on their return from the locker room, the hitherto very discreet Didier Lamkel Zé victoriously headed a superb cross from his friend Fali Candé (1 -0, 49th). Victorious for the second time in a row at home, the Lorraine region pulled off a superb coup.

Metz will face PSG at the Parc des Princes on the 38th and final day, while ASSE will go to Nantes. In goal average, Metz advantage with -29, against -35 for Pascal Dupraz’s men.

“It is these players who must maintain Saint-Etienne”