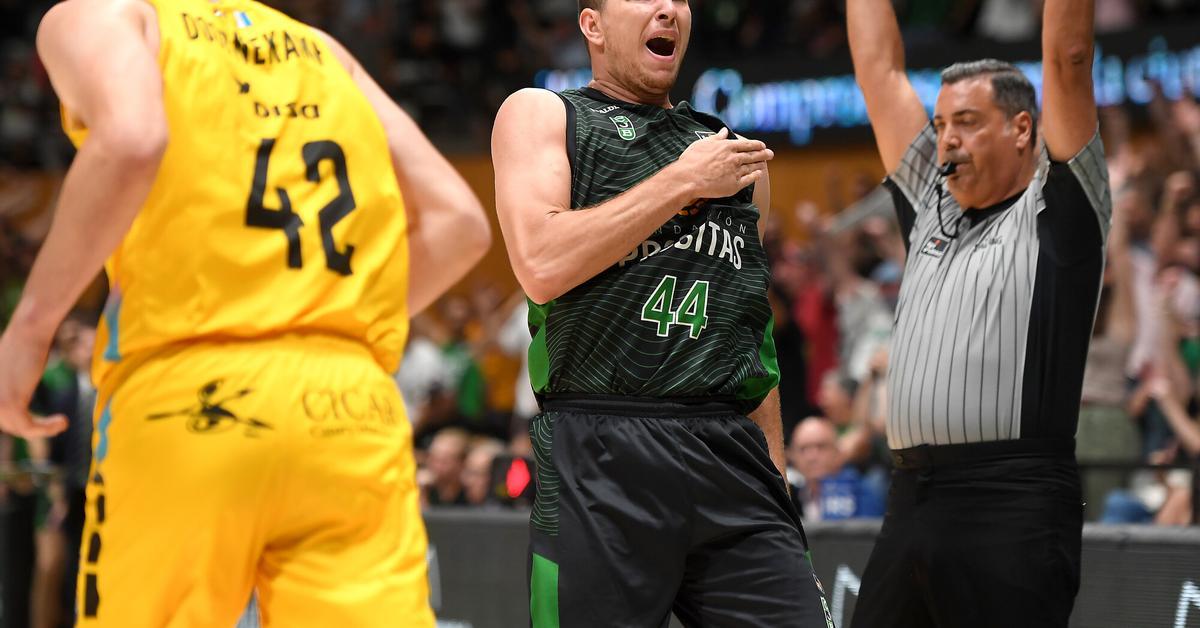 BadalonaJoventut de Badalona has qualified for the semifinals of the Endesa League for the first time since 2008, when Ricky Rubio and Rudy Fernández led a team coached by Aíto García Reneses. The Masnou base has witnessed live the display against Lenovo Tenerife on a night that green-and-black fans will soon forget. The rauxa (and the good collective game) of the Catalan team has won a big prize. Joel Parra, Ante Tomic and Andrés Feliz have been some of the heroes, but the whole team has taken a major step forward.

La Penya, who will play in the semi-finals against Barça, have been forgiven for their disappointments in the Copa del Rey and the Eurocup. Joventut has regained the energy with which it started the first game of the playoffs and has opened the match with a difference of eleven points. Lenovo Tenerife missed the first ten triples they tried and, overwhelmed by the local defense, could only score two points in the first nine minutes (13-2). Duran has carried out constant rotations to maintain a tremendous level of activity.

Joel Parra, a young man who fights every ball as if it were the most important of his life, has entrusted his spirit to a Supporters Club that has always wanted to have the initiative, both in attack and defense. The green-and-black gap has grown to 17 points during a second quarter in which both teams have stepped up their defenses (34-17). The referees have allowed a very high level of contacts and the two teams have been increasing their toughness. Youth dominated the rebound and Lenovo Tenerife were only able to score six baskets during a first half in which they missed 25 field goals. Despite always playing with one more march, the Badalona team only lost three balls in 20 minutes (38-22).

The Youth has not only been shutting down Lenovo Tenerife’s comeback attempts, but has continued to widen the gap on the scoreboard (60-36). Guillem Vives has collected the testimony of Andrés Feliz. In addition, Ante Tomic has supported the options of the Penya, which has reached the last 10 minutes with a difference of 20 points (60-40). The green-and-black team has been able to play the last period with the maturity of the big teams and the Olympic Palace has lived the party that had been waiting for 14 years.

The first two matches of the semifinals will be played at the Palau Blaugrana: Friday (9pm) and Sunday (12.30pm). Afterwards, the qualifier will be moved to the Palau Olímpic de Badalona, ​​where the third match will be played (Wednesday 8) and, if necessary, the fourth match (Friday 10). The fifth match would be played again in Barcelona (Sunday 12). The other semi-final, which starts this Thursday, will face Real Madrid and Bitci Baskonia.