“I’m at the plate to give away championships”: the claim of a famous Argentine actor to Marcelo Gallardo for the elimination of River Plate from the League Cup

The shock of the surprise River Plate’s defeat against Tigre at the Monumental stadiumwhich caused the elimination Marcelo Gallardo’s team from the League Cup in the quarterfinals, they keep showing up. This time, the famous actor Jean Pierre Noher made a strong claim to the Doll.

“I am at the plate of giving away championships”, shot the renowned 66-year-old Franco-Argentine artist. River Plate fan and Gallardo’s main admirer, this time he left his idolatry and love for the DT aside and showed his anger through social networks.

“Loved doll, first, all the support always, eternal. Second, a mini opinion of a `four of cups´: those who beat us rarely beat us, when we lose, we lose because of details”, The actor who caused a stir with his portrayal of Guillermo Coppola in the Diego Armando Maradona series began his discharge. 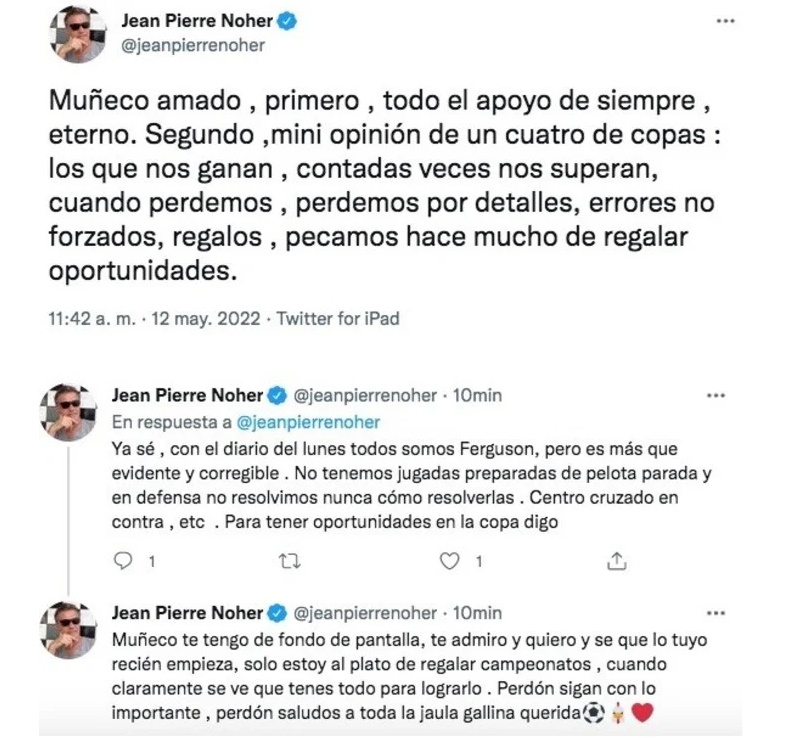 “I know, with Monday’s newspaper we are all Ferguson (alluding to the renowned Manchester United manager), but it is more than obvious and correctable. We don’t have set pieces prepared and in defense we never figured out how to solve them. cross center against, etc. To have opportunities in the cup I say, “ He continued with his description, although minutes later this message was deleted.

The actor focused on the new rude defensive error of the millionaire team that caused the second goal of Trigre by Facundo Colidio, who converted after a gift from Paulo Díaz.

“Doll, I have you as my wallpaper, I admire and love you, and I know that your thing is just beginning, just I am at the plate of giving away championships, when it is clearly seen that you have everything to achieve it. Sorry, continue with the important thing, sorry … greetings to the entire dear chicken cage, ”Pierre Noher concluded.

The 2-1 loss to Tigre who left River Plate without League Cup hit in the privacy of the campus and Marcelo Gallardo He didn’t hide it at the press conference. “We have to digest this defeat that hits”, said. He even avoided any excuse: he admitted that the great controversy of the match, the infraction that the entire Monumental claimed for an alleged foul by Marinelli on Palavecino, was not criminal. “I was watching the replay and it was good that Espinoza didn’t charge it,” he stressed.

In his analysis of the stumble there were no laps: “We don’t feel that the rival has surpassed us, it was good, he played a good first half, we improved in the second, we didn’t find the paths clearly, we were not lucid to see the possibilities and at that moment we changed to continue trying beyond the blocks that we found towards Tigre’s arch. The goal came, it gave us the push and it hit them too, we were positioned in their field, there was a new match starting… And their second goal hit us very hard, when those things happen emotionally to any team feel the blow”, he stressed.

“We tried towards the end, but we had to be eliminated from this Cup. Nothing to say, congratulate Tigre, I don’t think he beat us, he was always in the game, but we didn’t have the best night. You have to turn the page. We must try to be more regular in what is to come, it will teach us, “added the Doll.

Alert in River Plate: PSG has Gallardo on the radar before the possible departure of Pochettino
“He shot in three installments”: Pablo Migliore’s lapidary criticism of Franco Armani for Tigre’s first goal against River Plate
The best memes of Tigre’s triumph against River: the former Boca, Retegui in Ronaldo mode and Paulo Díaz’s mistake as highlights
Diego Latorre confirmed which team he is a fan of and admitted that he was about to get involved in club politics
The love story of the two references of the Lionesses who decided to be mothers: “It’s the best thing that happened to us in life”
Delfina Merino’s crude letter after being cut from the list of Las Leonas for the World Cup: “Leaving that way hurt me”
“You are not doing badly, Oscarcito”: the awkward back and forth between Ruggeri and Luciana Rubinska
Facebook
Pinterest
Twitter
LinkedIn
Email 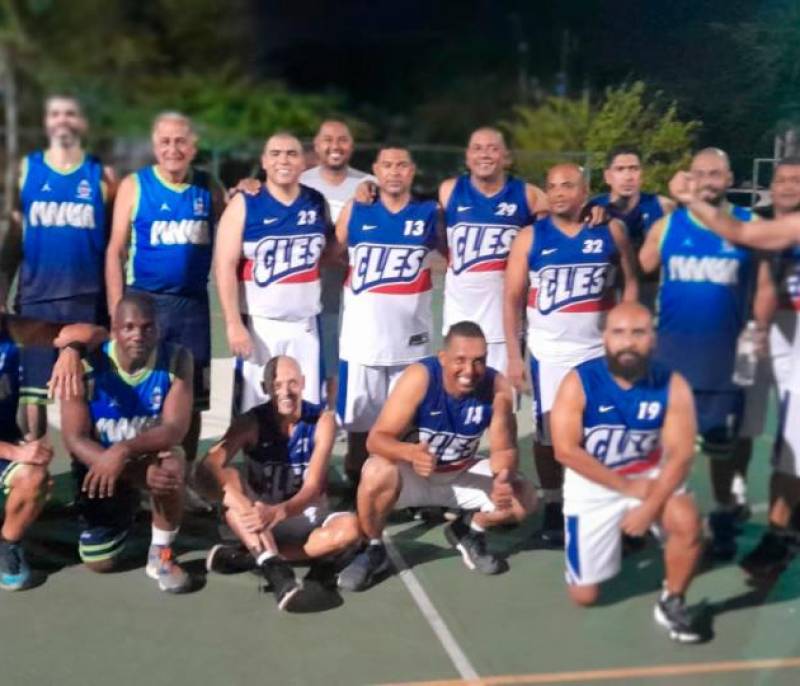