Five-star judo initiation for young people from the PSG Foundation

Alongside around fifteen fighters from the PSG judo section during training, the children of the Rouge et Bleu school in Mantes-la-Jolie were able to rub shoulders with their idols on and off the tatami mats.

« We have nothing to do with it if our beasts hurt your judokas. The wink from Laurent Rosso, psycho-educational and quality manager at the PSG Foundation, makes Nicolas Mossion, technical director of PSG Judo, smile. The section which opened the doors of its dojo at the Alice-Milliat gymnasium in Ivry-sur-Seine this Wednesday evening for a session like no other, both for young guests and for their prestigious guests. ” Between competitions and major championships, it allows us to cut, to decompress too », Asks the Olympic vice champion Amandine Buchard from the outset. At his side, Marie-Ève ​​Gahié completes, between two photos with the children: “ it also allows you to keep your feet on the ground, to remember where you come from. And then to see the little ones so happy and carefree, it makes you smile! We make them happy, and it shows. “By giving it his person, like coach Julien Boussuge, hands on his hips. ” I’m not used to it anymore (laughter) ! children are cute but, at that age, they are indefatigable… real batteries. » « And again, there, they are rather quiet “, rebounds Youri, one of the educators with the Paris Saint-Germain Foundation.

For an hour, and despite the intensity that quickly sets in for the workshops, the PSG judo coach nevertheless takes malicious pleasure in directing the thirty students, aged seven to eleven. Gripping work in duo, repetition of supports with high-level athletes, before a final quarter of an hour of randoris (training fights, editor’s note) where each child was able to measure themselves against them. For the fourth year in a row, the Paris Saint-Germain Foundation is supporting a group of sixty-four primary school students in Mantes-la-Jolie. ” Every evening of the year, between 4 p.m. and 7 p.m., we are six educators who offer sports, cultural and creative activities with the children, specifies Woury, who will also train the young footballers of the training center from next season. Everything is taken care of by the Foundation, we only ask children who apply for the Rouge et Bleu program to be present, because the demand is enormous. » 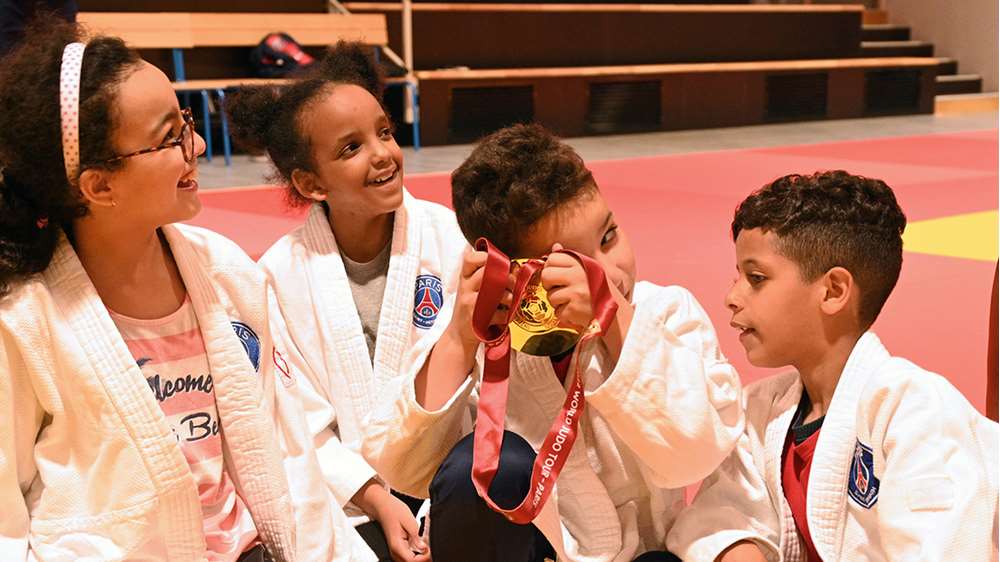 At the time of closing this evening which will remain in the memories, the judokas proposed a technical demonstration to their partners of the day. ” Looks like fireworks “says Moussa, almost more amazed by the sound of the judogi slamming on the tatami than by the holds. Noémie is having her finest evening there since she joined the Rouge et Bleu school a year and a half ago. ” I managed to knock her down “Launches the girl, pointing to Marie-Ève ​​Gahié. Final bouquet, or almost, the recent European and Olympic medalists had brought several of their medals, to the delight of the young students, a few moments in the skin of the champions… “Already that I would do something to receive this kind of reward, I understand the stars in the eyes of all these young people who were able to touch and put the medals around their necks”, concluded Nicolas Mossion. Waiting to see perhaps one day win, in turn, the most beautiful trophies. 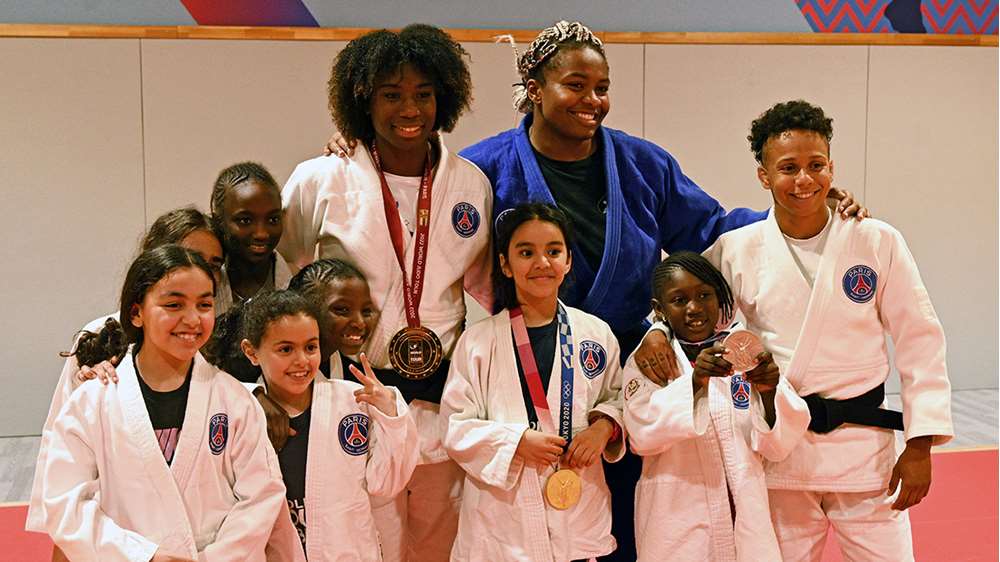