Dorian Finney-Smith: “Teams will come and get us now” 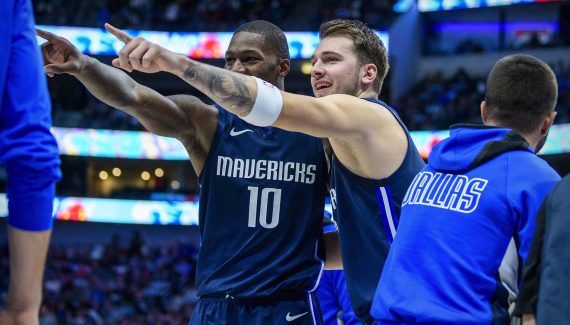 Like Atlanta last season in the East, Dallas was the “surprise” team in the Conference Finals. And like the Hawks, the Mavericks left the title hunt more satisfied to have gotten there than frustrated to fail so close to the goal.

The experience will have been rewarding, and these Warriors were generally better, as Dorian Finney-Smith conceded after the meeting.

For the rest, the points of satisfaction are numerous and the prospects for the future are necessarily exciting, especially in view of the development of the team this season, boosted at the “trade deadline”.

“The coach gave us the words, ‘responsibility’ and ‘cohesion’, and I feel like we did a good job in that area. Since the coach told the bench to stay in and not sit down, it’s energized the whole team, and we’ve stuck to it.”a analysé Dorian Finney-Smith. “And then, as the coach said, the teams will come and get us now, but you have to remember how difficult it has been to get here. It is not easy. That’s why there is only one winner”.

Making mistakes is the best way to progress

Going to the conference final, the Texans have also experienced the rigor and intensity of several series of playoffs, but also the obligation to limit errors as much as possible to stay alive. Against the Warriors, this is undoubtedly what cost them the defeat.

“You know, there are emotions. There have been emotionally strong series, but also, as I said, there is the fact that you cannot afford to make stupid mistakes, especially against a team like this. These mistakes end in 3-pointers with the crowd going wild. You just have to learn from this experience. It was fun, really. I should have been told that the playoffs were also fun (…). I love being in this group. We just have to learn from all of this.”

Defeated 4-1, the Mavs were finally not far from prolonging the pleasure in this conference final. For Dorian Finney-Smith, Game 2, when Dallas failed to hold on despite their 19-point gap, was the turning point of the series.

“I would say we should have executed the game plan a bit better. They had all the snatch action, the kind of things you can’t leave them in the playoffs, second-chance points, in transition. We have to slow them down. But again, they were the better team.”he continued. “I feel like we dropped Game 2. If we had won Game 2, the series would have been different, the momentum of the series. We didn’t keep our foot on the accelerator, they came back and won”.

As Luka Doncic and Jason Kidd had slipped, Dallas is still learning. The goal will be, unlike Atlanta in 2022, to do better next year.