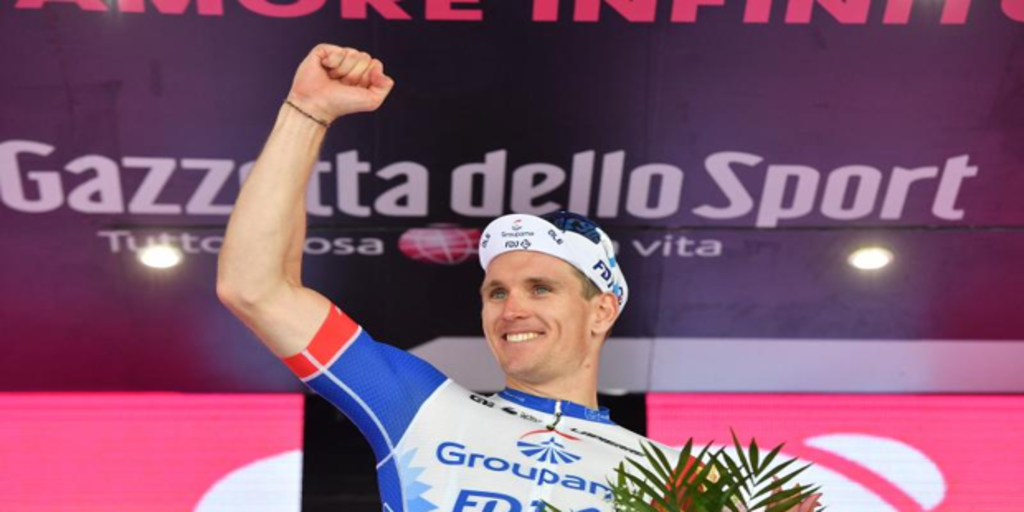 the french cyclist Arnaud Demare (Groupama-FDJ) won the fifth stage of the Giro d’Italia, disputed between Catania and Messina over 174 kilometers, in a fast sprint in which he overtook Fernando Gaviria (UAE Team Emirates) and Giacomo Nizzolo (Israel-Premier Tech), while that the Spanish Juanpe López (Trek-Segafredo) continues to lead.

“It’s incredible to have the ‘Maglia rosa’. I still can’t believe what I’m experiencing. Today has been the most beautiful day of my life as a runner. I rode near the front towards the end to avoid any issues. I am living a dream!”, declared the Sevillian cyclist upon arriving in Messina and dressing in pink again.

La Portella Mandrazzi, a second category pass with almost 20 kilometers of ascent at an average gradient of 4 percent, and the high pace of Alpecin-Fenix ​​on that climb ruled out Mark Cavendish (Quick-Step) and Caleb Ewan (Lotto) for this stage. Soudal), but their leader Mathieu van der Poel could not get into the final fight and disregarded it.

Without Alpecin-Fenix, Quick-Step or Lotto Soudal, it was other teams that tried to impose their ‘trenos’ in the long final stretch of Messina. And, on a strange day, of breaking scripts, it was Démare who did succeed this time, after being second in the third stage of this Giro, to achieve his sixth partial victory in the ‘Corsa rosa’.

On the other hand, the historic Italian corridor Vincenzo Nibali announced his imminent retirement: “In my city, Messina, I want to announce that this will be my last Giro and also my last season as a professional,” said the two-time Giro winner after finishing the stage at home.