C. Tangana will be the author of the hymn of the centenary of Celta 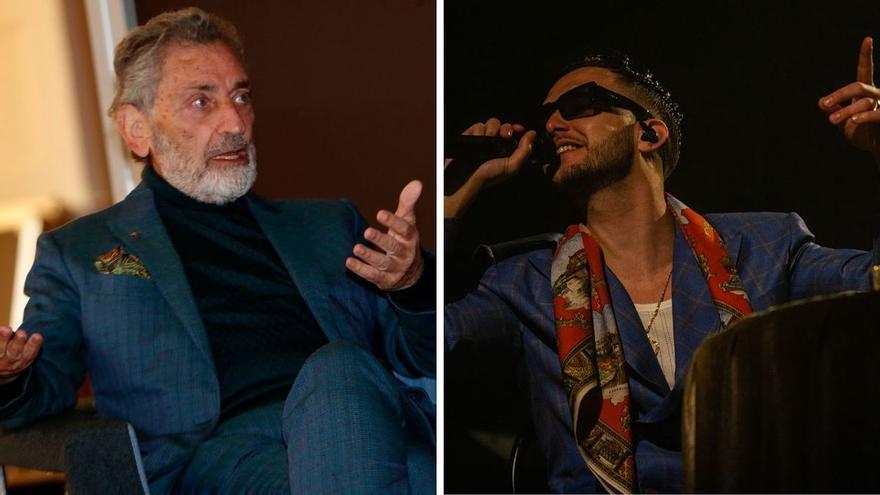 Carlos Mouriño assumes that the urban music artist C. Tangana will be in charge of composing and singing the anthem to celebrate Celta’s hundred years of history, an anniversary that will be celebrated in 2023. The president of Celta was interviewed this Monday by the daily mark on the occasion of the forum that this sports publication will hold in a few days on the sports industry (Brand Business Fourm), to which the highest Celtic leader is invited.

During his speech, which he made by videoconference, Mouriño was questioned about the acts that the club is preparing for its centenary, and his answer was clear: “In addition to the anthem of C. Tangana, we have set up a commission to see what the fans want to do”. There has been no official confirmation on this yet, but since these are such strong statements by the president himself, it is assumed that agreement between the ragpicker and the club is a fact.

The latest news on this matter dates from the end of March, when the highest leader of the celestial entity had recognized contacts, after the offer that the Madrid artist, renowned Celtist, had made a year ago.

The celestial heart of C. Tangana

Although he is from Madrid, C. Tangana’s football preferences are in the south of Galicia. Celtism comes from his father, from Vigo and architect of what Antón Álvarez, ‘Pucho’, -which is the name of the urban musician- grew up with the EuroCelta broadcasts on television: “I’m from Celta because of my old man. In the end, one belongs to the team that plays. And my father is from Vigo and from Celta to death”, he confessed in an interview with the newspaper Sport.

A little over a year ago, in an interview published on the Los Xavales YouTube channel, he explained how all this snowball started after his message, in response to a survey published on Twitter about who should compose the anthem: I can try?, said. “It is the typical thing that you put a joke in networks and suddenly the Faro de Vigo, Marca, Sport and La Voz de Galicia they put it.”

Once the proposal was on the table, there were opinions for all tastes. “The truth is that it would be cool [componer el himno] but I have seen that on Twitter there is a division of opinions and If the rock doesn’t like it, I’ll pass“, commented the man from Madrid. What he is clear about is the result he would achieve if he finally takes charge of the song: “I’m going to make a hymn that’s going to be all pretty, everyone knows thatAt that time, he was asked if it would be a quiet song or more to dance to, to which he replied that he still didn’t know exactly what he was going to do.

“There will be many concerts with very important people”

The president also announced that they will select “10 or 12 important acts that we will put before we give them to the public, available to the fans.” With regard to renowned musical performances, after the controversy that has arisen in recent days with the presence of Muse in Balaídos, Mouriño confirmed that “We have a struggle with the City Council of Vigo to have macro-concerts. If we succeed, there will be many concerts with very important people who have been wanting to come here to Vigo for years”. It is possible to assume that if, definitively, C. Tangana is in charge of the anthem, it will be one of the names in the stellar cartel of performances of the centenary.