At what time does Cristian Garín play vs. Marin Cilic? 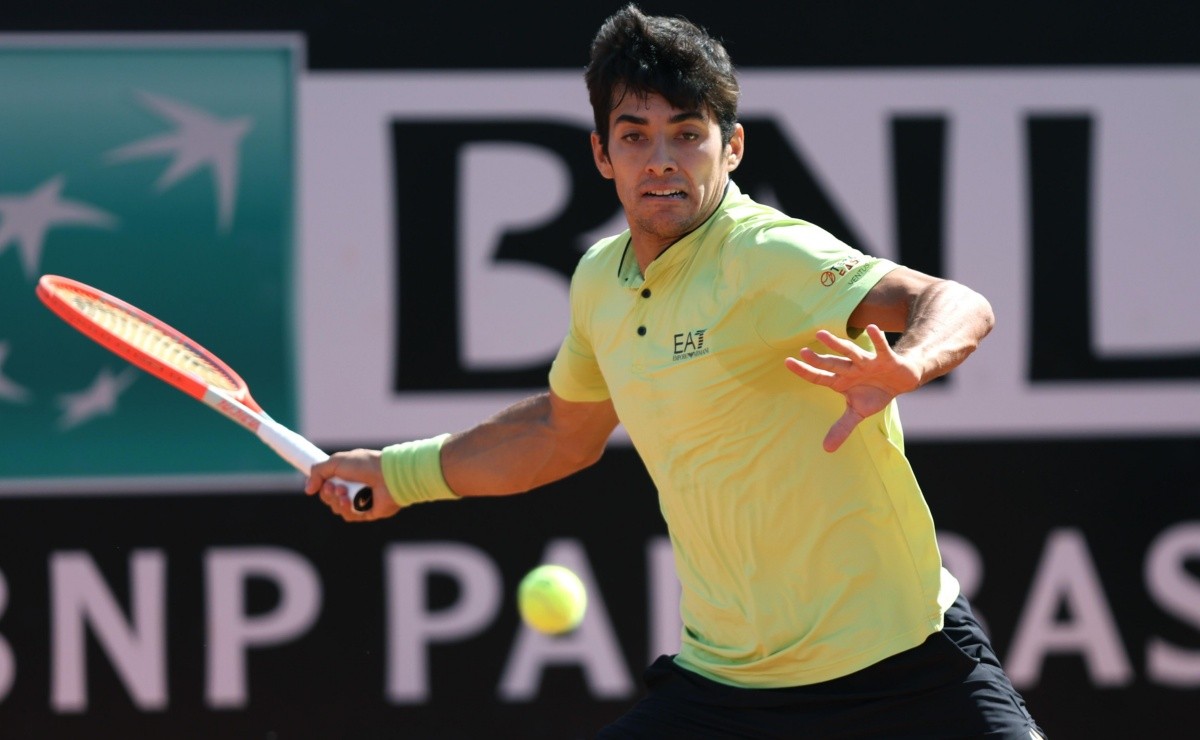 It was a tough challenge Cristian Garin (45º ATP) this Thursday, May 12, since in the Round of 16 of the Rome Masters 1000 faced before Marin Cilic (23º ATP) with the clear objective of achieving a victory that would allow him to advance to the quarterfinals of the tournament, and he achieved it remarkably.

The 25-year-old Chilean tennis player started his confrontation with the 33-year-old Croatian in a great way and both were protagonists of a remarkable first set that, after 49 very intense minutes, ended up being favorable for Chile’s number 1 racket 6-3.

After that, in the second round, the man from Arica was very close to closing a victory that would have meant his classification to the next round of the Italian clay competition, but the lanky Cilic, 1 meter 98 tall, carried out the task with effort and managed to take the set after 1 hour and 3 minutes by 6-4.

Thus, everything had to be defined in a third set and that was Garin who showed off. Everything seemed to indicate that Čilić took the win against a Gago who lost his concentration a bit, but the Chilean carried out the task with a remarkable 6-4 final.

With this, Garin will be present in the Masters 1000 quarterfinals in Rome, an instance that he has not reached in a competition of these characteristics since the Madrid Open in 2021, and he will have a very tough rival in front of him to fight for a place in the semifinals. .

This is because Gago must now face the German Alexander Zverev (3rd ATP) for a spot in the semifinal, where the German has special reasons to go out with everything in search of victory.

Zverev has just lost to Carlos Alcaraz (6th ATP) in the final of the Masters 1000 in Madrid, so he will surely seek to beat Garin to try to get rid of the thorn in the country of the boot, and the final of the tournament is scheduled to be played this Sunday May 15.

Cristian Garín (45°) is having a good week in the Rome Masters 1000. The national has added two victories in the Foro Italico and this Thursday will seek passage to the quarterfinals when faced with Marin Cilic (23°)former top ten and winner of the US Open in 2014.

Without a doubt it is a question of a rival of care for Gago. They have met twice, with two wins for the Croatian. Of course, it will be the first time they face each other on clay, by far the favorite surface of the national. The previous two were in the cement of the Miami Masters 1000 and on the grass of the Queen’s ATP.

For the same, it becomes a party much more winnable for Garínsince the powerful serve of the European, 1.98 tallwill not do as much damage as in previous matches.

to win the match, Garín would climb a strong rise in the ATP Ranking, rising to approximately 36th place in the world. Besides, if he wins he could run into an old acquaintance, Alexander Zverevnumber 3 in the world, but to whom Gago has a rivalry that trailed from the 2014 Roland Garros junior final, where he lifted the trophy.

Day and time: When do Cristian Garín vs. Marin Cilic play?

Cristian Garin vs Marin Cilic play this Thursday, May 12, not before approximately 9:00 am in Chile.

Television: On which channel to watch Cristian Garín vs. Marin Cilic live on TV?

The match will be broadcast by the signals of ESPN (subject to confirmation), on the following channels depending on your cable operator:

To watch the match live by streaming you can do it on STAR + and Tennis TV.