West Ham hesitated with Burnley, Souček saved the draw for the Hammers 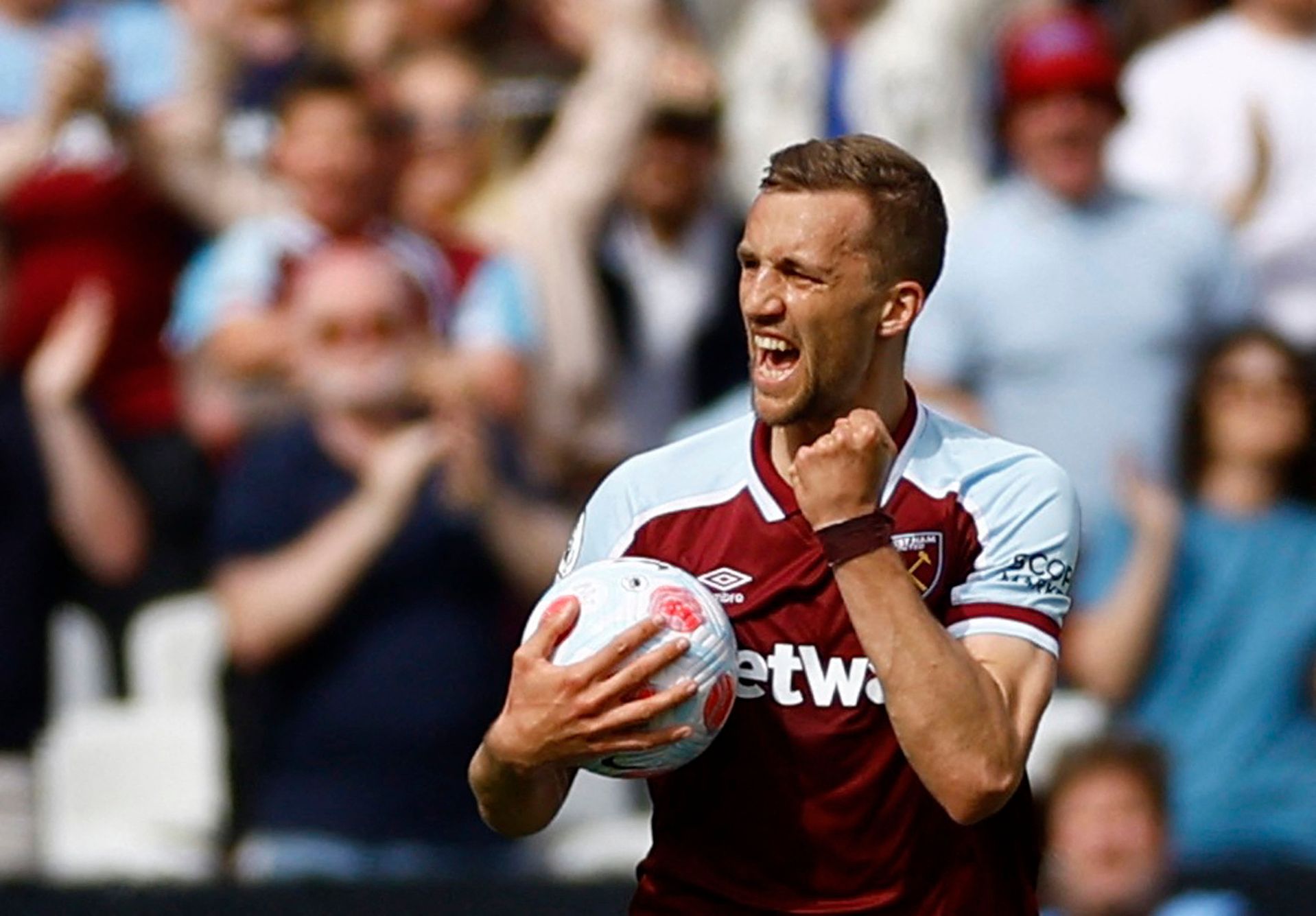 Czech midfielder Tomáš Souček scored the fifth goal of the season in the 33rd round of the English Football League and scored at least a point for West Ham for a home draw 1: 1 with Burnley.

The national team captain played the whole match, his teammates Vladimír Coufal and Alex Král remained on the bench. Matěj Vydra, on the other hand, played the end of the duel. The “Hammers” did not take advantage of Saturday’s defeat of the sixth Arsenal 0-1 in Southampton and are losing two points to the London rival, in addition, they played two more matches.

After nine-and-a-half years, coach Sean Dyche finished the descent threatened by Burnley, and the “Clarets” entered the new era under coach Michael Jackson. With 33 minutes played, Rodriguez could have brought this one home for Weghorst as he charged up on the left, but his hooked ball went just a bit too high. In addition, Cornet could have increased at the end of the first half, but he did not hit the goal from the penalty.

West Ham also leveled after the standard situation in the 74th minute. Although Souček did not hit the ball cleanly, he still brought it with his chest behind Pope’s back. The 27-year-old midfielder has been in the league for the first time since February 27 and the match with Wolverhampton, but in the meantime he has scored once for the national team in the European League.

Newcastle turned on a duel with Leicester on their field, the 2: 1 victory was scored by two goals by midfielder Bruno Guimaraes. The biggest winter reinforcement “Strak” responded after half an hour to the leader Lookman’s intervention and in the fifth minute the setting was decided by the head.

Newcastle is nearing the rescue, he has a 12-point lead on the descents. Leicester is ninth with minimal chance of Cup Europe.