TVB annihilated with a loss of 37 points 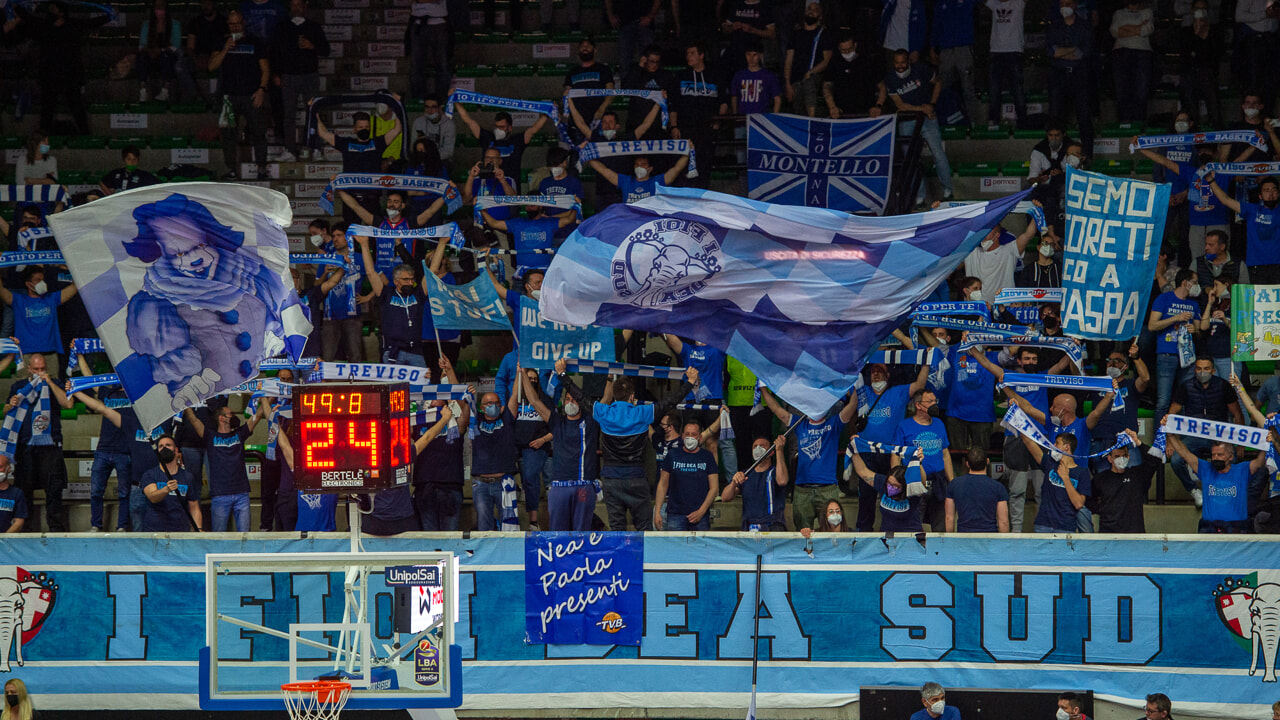 NutriBullet Treviso lives one of the worst evenings of its season e is overwhelmed 76-113 by the first of the class: Virtus Bologna. A match never questioned, already addressed with the guests’ 32 points in the first quarter and with a 21-0 run suffered by TVB in the first two periods, turned into humiliation in the second half of the match. In fact, when Treviso tried a shy comeback attempt, the triple virtussino festival was staged at the Palaverde: 8/8 in the third quarter. The black Vs closed with practically perfect shooting percentages (76% from 2 and 63% from 3) and with a total of 28 assists.figures that give the idea of ​​the high quality of the roster. Beating such a Virtus was in fact a mission impossible, but the bad approach to the match of the boys of coach Nicola extinguished the slightest hopes right from the two-ball. TVB remains anchored at 22 points, e he must hope for a victory in Naples against Fortitudo on Sunday evening to obtain arithmetic salvation.

CHRONICLE Coach Nicola ranks in the quintet Russell, Green, Dimsa, Akele and Simswhile Scariolo leaves with Teodosic, Hackett, Weems, Shengelia e Jaiteh. Teodosic immediately starts painting basketball with a jumper and two kiss assists for Jaiteh, TVB unlocks with Sims and Akele. Hackett scores 5 consecutive points and sends Virtus to +6, Dimsa replies from the arc. Jaiteh climbs over 10 points, a clear proof of his domination under the boards, and forces Nicola to time out (6-0 Virtus). Russell breaks the Virtus partial, the guests, however, place another more full-bodied (11-0) and close the first quarter ahead 14-32.

The match continues to be one-way: Cordinier and Tessitori sign the +23 (partial open 16-0), Nicola calls time-out. It’s late at night at Palaverde: Virtus extends the partial (21-0) and it is one step away from +30 (19-47; 5:20). The offensive pace of the black Vs is slightly lowered, Treviso takes advantage of it to recover some possession (break 7-0). In the fourth quarter final Treviso often relies on Sims under the basket, finding baskets that bring it back below -20. We go to the interval at 34-52 for Virtus.

Treviso approaches the second half well and puts pressure on Virtus, which, however, is rearranged with three consecutive triples by Milos Teodosic. Teodosic does not calm down and places another bomb, Green replies with his first three-point basket of his evening. The unreal feeling of the guests continues with the long-range shot: 6/6 from the beginning of this third quarter. Russell loses the ball in penetration, Treviso sinks back to -28 after Tessitori’s 2/2 in the line. Here comes the umpteenth triple of Virtus, this time by Belinelli: guests on +33 and game already on ice. With ten minutes left, Virtus leads 53-86.

Green sets up on his own with two baskets in a row, on the other side Belinelli still hits the target from the bow. Mannion and Shengelia sign up for the triple festival: devastating 15/21 from the arch for guests. The fate of the match has been decided for some time, Virtus is already over 100 points five minutes from the end. In garbage time, the black Vs hit the record for points in a game this season of Serie A: 76-113 the final result.

DeWayne Russell 5 He gives his best between the first and the second quarter, dirtying some balls on the Virtus outside and trying to shake the team with some penetration of his own. Then it disappears completely from the parquet.

Henry Sims 5 Offensively he is one of the few to produce something in the first part of the Treviso match, even if defensively speaking it is a telepass for Jaiteh in the first quarter. Little involved in offensive plots in the last two quarters.

Giordano Bortolani 4 He is often and willingly beaten in 1vs1 and lives an evening to forget shooting: 2/11 from the bow.

Aaron Jones 4 Weavers in the painting seemed to be without contradiction. Nicola in the last game had wondered if he had seen him on the pitch: he was a ghost in this too.

Tomas Dimsa 6.5 Top scorer of the evening with good shooting choices and a good 4/9 from the bow: half of the triples of the TVB match.

Matteo Chillo 4 Nil from the offensive point of view, powerless in the defensive half.

Mikk Jurkatamm 6 He snatches some rebounds and scores a triple, with grit in defense he is the best.

Erick Green 5.5 Certainly not the best of the early days. He desperately tries to break free in the first two quarters and often plays in isolation, but the ball does not want to enter. He goes better in the second half, but when the match is already well closed.

Nicola Akele 5 He starts with two consecutive baskets at the end of the 24 seconds, they are the only high points of a match in which he is forced to suffer the class of Shengelia.