“The referee is a clown.” West Ham is struggling with injustice, Souček had to sacrifice 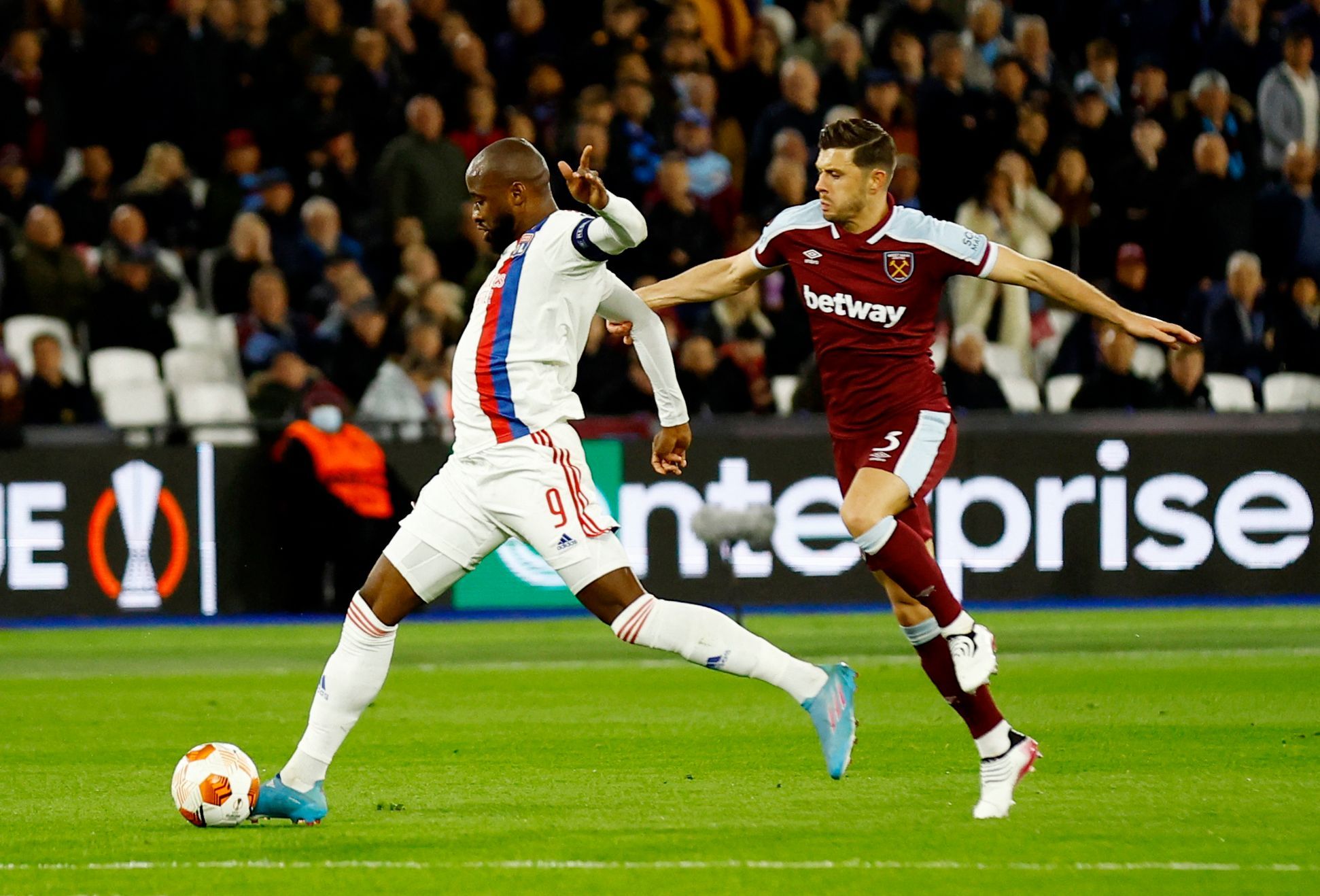 Electrifying atmosphere at London Stadium, but also negative emotions and guilt. West Ham drew Lyon 1: 1 in the inaugural quarter-final of the European League, with the entire second half weakening after the controversial elimination of Aaron Cresswell.

“If things don’t go according to plan, you can give it up or you can fight it,” said striker Mikhail Antonio after the match.

Křivda from the end of the first half did not break the Hammer, shortly after the turn even Jarrod Bowen even struck with his fourteenth goal in the season across the competition and the Lyon team had to throw all their forces into the attack. They soon settled, with former Tottenham player Tanguy Ndombele gaining ground.

After the match, the attention was drawn mainly to a key controversial moment. Aaron Cresswell was the last man on the home defense to grab the hand of escaping Moussy Dembélé, and German referee Felix Zwayer immediately eliminated the English defender.

It’s the wink mate 🤬. Cresswell was stupid to force a decision but it’s a soft foul and never a red. Dembele knows it too. pic.twitter.com/SMvaWk7utn

“It was very strict. Dembélé ran the ball away from the goal and the touch was really small,” the goal scorer Bowen summed up his impression of the situation.

West Ham coach David Moyes earned a yellow card for indiscriminate protests as he left for the booths, but did not point to Cresswell’s intervention itself, but to a clash that took place shortly before the fateful event.

“I don’t want to talk too much about the referee. I’ll say one thing about it. The situation was preceded by a foul on Jarrod, it was at the same stage of the game, so I would expect them to review it,” said the Scottish strategist. “That’s what we do in the Premier League. It’s a big disappointment for me,” the coach said.

The referee’s troubled past immediately began to be mentioned in the English media. Zwayer played a major role in a major corruption scandal in 2005.

Although he was among the four referees who eventually reported to the football authorities their suspicions of unfair activity by another judge, Robert Hoyzer, he did not escape without penalty. He accepted a bribe of 300 euros to influence the match between Wuppertal and the Werder Bremen reserve as an assistant. German officials have been tugging the cause for a long time, the secret file was tracked down and published in 2014 by the newspaper Die Zeit.

But even this case did not prevent Zwayer from making it to Europe.

“This referee is a clown,” said former football player and now expert Jason Cundy on Talksport. “I didn’t think it was a foul. I can’t believe it, I was shocked by his decision,” he continued.

His colleague Darren Ambrose agreed. “I don’t think it was a foul either. But the referee couldn’t wait to draw red. Cresswell barely touched him.”

According to Cundy, Judge Zwayer robbed the Hammer. “Everyone massacres the referees we have in the Premier League, but they are among the best in the world. They make big mistakes, yes, but this? Cresswell didn’t catch him, didn’t pull him, just touched his hand.”

Dembélé also criticized him, willingly falling and deceiving the judge. The French striker did not bring warm responses or footage as he winked conspiratorially at his teammates after Cresswell’s red card.

“This isn’t the contact you’re going to land on. That’s what we call simulators. And we saw him blink. He got a chance to cheat, so he did,” said former West Ham player Carlton Cole.

However, in the end, the Hammers were happy and immediately began to think about a good chance of retaliation.

“It was a big night and even bigger will come in a week! Good performance in difficult circumstances, boys. We still have something to play for,” wrote Tomáš Souček on social networks. The Czech midfielder, especially against the Red, defended against Cresswell, he did not get into dangerous positions.

For his performance, he received the same grade in the London media. “He defended well, and when we went to ten, he had to sacrifice and play deeper. This time it was not an attack,” said Claret and Hugh.

“He was not the usual threat in the final period, but he played disciplined and worked hard,” said the Evening Standard.

West Ham’s official twitter account even ranked Souček among the four players from whom fans could vote for the men of the match. However, the Czech midfielder clearly lost to the other three, the winner was hitchhiker Craig Dawson, who has been in great shape in recent weeks and is a rock-solid leader on the defensive.

Waiting for the second part of the fight for the European League semifinals, West Ham will now be cut short by the league duel, Sunday’s derby at Brentford.