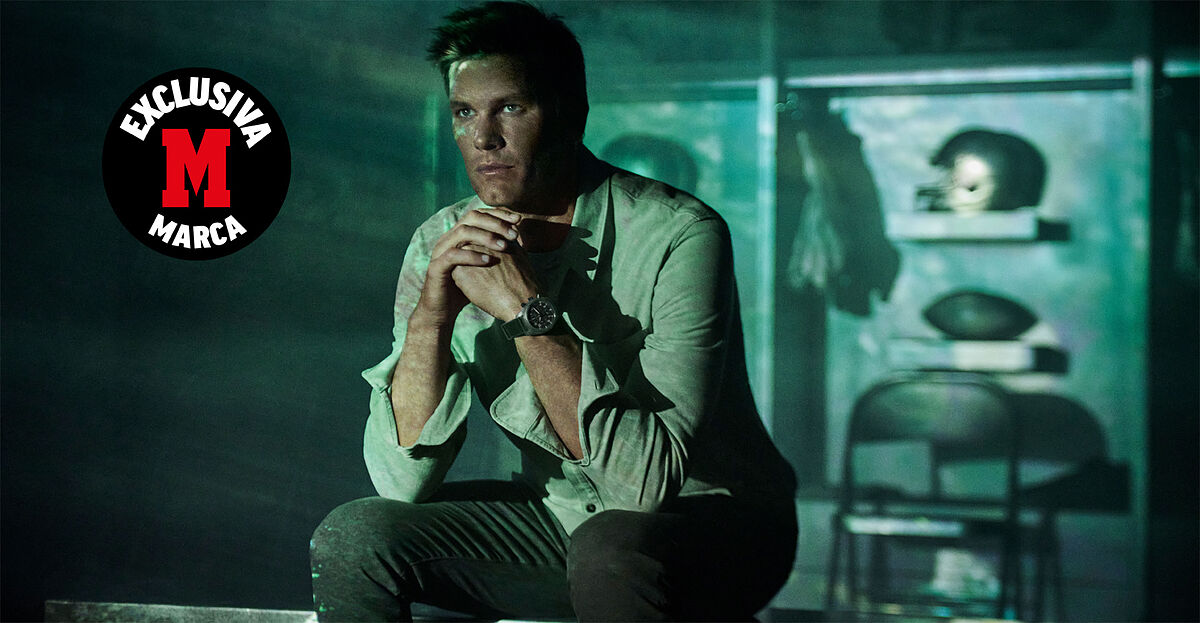 Ask.You have been an IWC ambassador since 2019, what values ​​should a brand have for it to decide to lend its image?

Answer. IWC is an amazing brand that I have followed and admired for a long time. As an anecdote, it’s funny that the first professional watch I bought more than 20 years ago was an IWC, and I still wear it. The designs are timeless and the company demonstrates great leadership in its sector.

P.You started your professional career in Boston 22 years ago, many launches already behind you…

R.True, I started playing professionally 22 years ago in Boston, which is also the same city where the IWC manufacture was created more than 150 years ago. It seems that our paths have crossed since the beginning of my career. It is a brand that has all the qualities that characterize a successful sports organization: there is a lot of discipline, a lot of hard work and a lot of determination to achieve incredible results. It has been an honor working with them over the years.

In a sport as demanding as football, every minute counts

P.His personal collection includes two iconic models from the Swiss manufacture, the Top Gun Miramar Chronograph Aviator’s watch and the Portugieser Perpetual Calendar. Why did you choose these particular models?

R. The Portugieser Perpetual Calendar was a surprise from my wife for my 30th birthday, 14 years ago. I remember we moved into a new apartment and had a big party on a rooftop under construction. We had to climb five flights of stairs to get there, and once there, she gave me this unexpected gift that I always wear on special occasions. It was an unforgettable day. It has a lot of sentimental value and reminds me of many incredible moments in my life. On the other hand, I love Top Gun Miramar. It is a watch with a strong sporty character that has probably become the watch that I use the most in my day to day.

P. Your life, at a thousand miles an hour, is marked by sports, what do you usually do outside the 120 x 53.3 yards of the game rectangle?

R.I do a lot of exercise. I love any activity related to water, cycling, golf and, of course, playing whenever I can with my children.

P. Many say that you are the perfect machine for the sport. In other words, it has the best manufacturing caliber in the world. What are your greatest virtues and what would you highlight from your precious watches?

R. I don’t know if I’m a perfect machine for the sport. The reality is that I have to work every day very hard. If I compare myself to the caliber of an IWC, this one works perfectly all the time but I don’t think I necessarily do. I have to work very hard to be the best version of myself. It has always been so.

Q. What is your main contribution to your sport?

R. There is a detail that I always try to bring to my sport, a kind of precision. Everything has to work at the same time for me to be successful physically, mentally, and emotionally. It is important to be able to train, play and, furthermore, achieve the objectives.

Q. How do you maintain concentration with so much demand and pressure?

R. I always have to try to understand what my priorities are. I try to prioritize what happens in my life so that I can be successful. There are certain things that are very demanding in sport, there is a lot of pressure when it comes to acting in the moment and not having a second chance to change it and do it well. When you’re on stage, at a live event, you want everything to work as smoothly as possible. That sums up very well what competition is: you have to have a lot of concentration for a very short period of time in which you have to give your best version. I study as much as I can and prepare as much as possible to understand what I am going to face.

Q: I imagine that, in your profession, control is one of the main words in your dictionary

R.There are many things that I can control and others that I cannot. I try to focus on the things I can control to give my best to my colleagues and to be the best I can be for our team and our organization.

Q. Is it obligatory to ask you, being an IWC ambassador, are you punctual?

R. (Laughter) I would say the answer is generally yes. During football season you could say that I am very punctual because every minute counts. But I would also add that when I am not playing I am less punctual, but I am aware of what time it is thanks to the great IWC watches. I would like to be more on time during the off-season, it’s something I really have to work on more.

Q: Time to wrap up, good luck with your return to the NFL

R.Thank you very much. Before saying goodbye, I would like to thank you for the interview and tell you that it has been a pleasure to have this talk. In addition, I must admit that I really want to travel to Spain, I have many friends in your country and it is something that, without a doubt, I will do in the very near future.

Top Gun ‘Mojave Desert’: Made of sand-colored ceramic with a striking military-inspired design. Powered by a manufacture caliber 52000.

BRAND History: Much more than the greatest

“This will be the best decision of your life.” With that phrase a beardless Tom Brady appeared before Robert Kraftowner of the New England Patriots, the team that selected him after 198 other players were selected ahead of him in the 2000 draft. The best player the NFL has ever seen was not wrong and that April the story changed forever.

Like the spirals he traces with his right arm, Brady had a clear goal: to be the best, even though he was not seen as such even during his time at the University of Michigan. Already in the NFL, ignored for six rounds of the draft, it had to be an injury that opened the doors to glory. Those that will not be closed again and that have not yet been closed. Drew Bledsoe suffered internal bleeding in a game in 2001 and Bill Belichick, his great supporter, gave him the alternative unaware that at that time one of the most successful books in sport was beginning to be written.

At the moment there are 22 pages, although it has already been announced that there will be a 23, full of titles such as his seven rings (more than anyone else in NFL history), his three MVPs of the season, his five Super Bowl MVPs and a host of records (wins, passes attempted, completions, yards completed…) that will remain for a long time without anyone even approaching them. And to top it all off, an almost perfect image also outside the field. For something it is something more than the greatest. 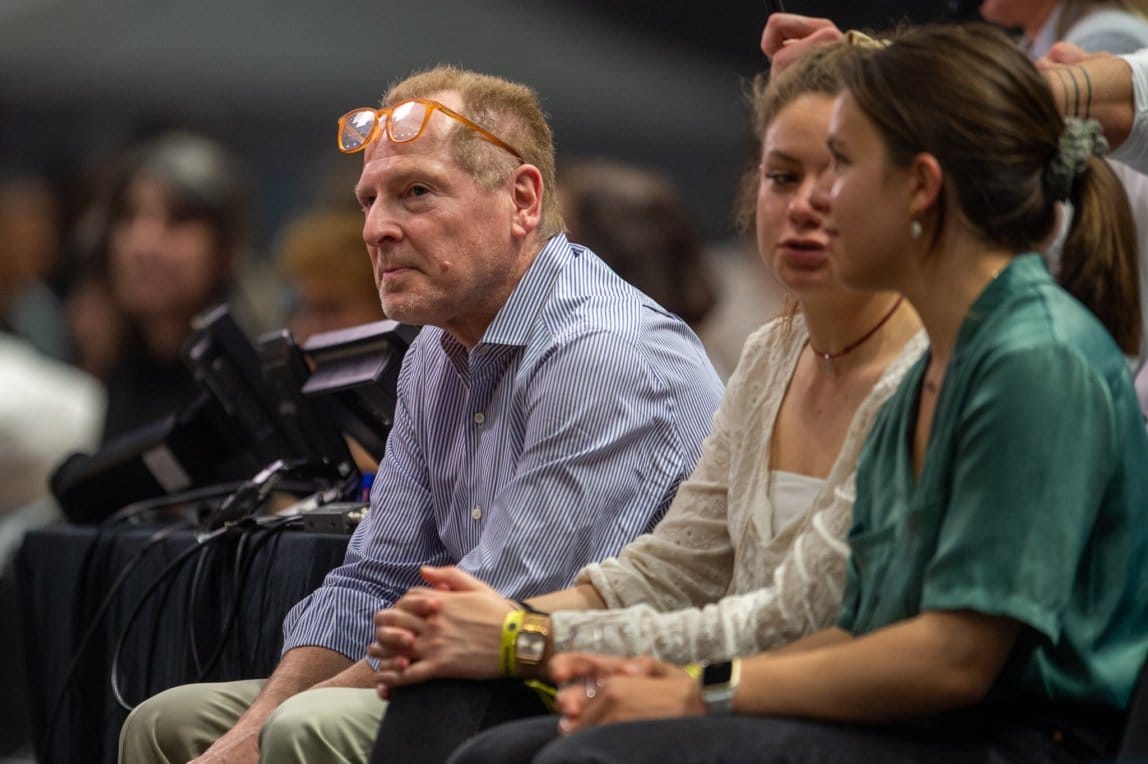 La Jornada – Souza and Martínez are crowned in tkd and judo