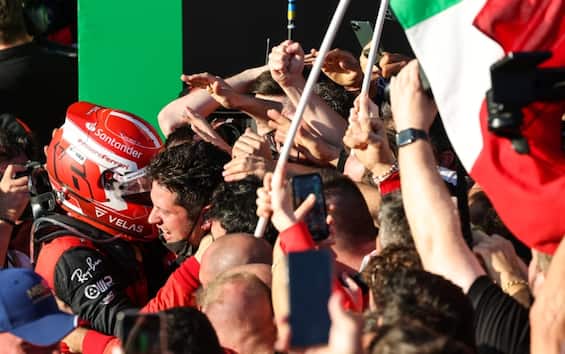 Pole position, victory and super fast lap: a fabulous one Charles Leclerc dominates the weekend in Australia and takes the second success of the season, sending the Scuderia and the people of the Ferrari. The Monegasque finishes ahead of Perez’s Red Bull and Russell’s Mercedes, while Max Verstappen is forced to the second ‘zero’ in three races due to a retirement due to problems with his car. Too bad for Sainz’s other Red, out after a couple of laps due to an off-track exit. Great I reach the top of the World Cup pilots for Leclerc, who flies to 71 points to +34 on Russell, who overcomes the retired Sainz and Verstappen in one fell swoop. In two weeks it will be ‘red tide’ a Imola for a Ferrari that is literally flying and making people dream at the start of the season.

Below are the times and chronicle of the GP