Chimaev revealed who he thought was the best fighter 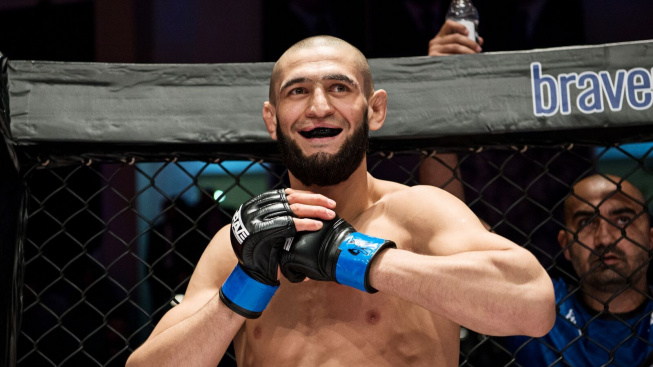 In the community of MMA fans, it is often decided who is the best fighter in the history of MMA. Of course, opinions differ, but it is interesting when the elite wrestlers themselves comment on this topic. Khamzat Chimaev did not hesitate for a second with the answer, who according to him is the so-called GOAT (greatest of the all time).

“Jon Jones, of course,” replied “Wolf” in the Triple C & Schmo Show podcast, and then explained why he thought so. “No one is like him. He defeated the monsters. I trained the whole training with Alex Gustafsson, I knew how good he was, and when Jon Jones managed to stop him, it’s scary. He defeated opponents who weren’t easy, insanely good fighters with knockout power. “They were good on the ground, they were perfect guys. Like DC, he had good wrestling and boxing and he had such a mentality that he just pushed his opponent and killed them. And Jon stopped him.”

According to Chimaev, it is therefore nonsense for Kamaru Usman to dominate the rankings without any difference in weight if Jones continues to fight. “Usman only has one belt and how many times has he defended it? Three times, four times? Jones has defended the title all his career, eleven times, that’s different. And Kamaru didn’t beat guys like Jon, they were on a different level.”

Who else would the Khamzat put on top?

“Cejuda because he had two belts in different weight divisions,” he flattered his serious face to Henry, who was sitting directly across from him as the podcast stumbled. He immediately reminded with a laugh that he also won gold from wrestling at the Olympic Games.

However, Chimaev did not add other names to his personal rankings because the debate turned to the welter division where he operates. “I don’t see anyone there because the guys are old. They stay in the top ten and fight together, they don’t give a chance to the new guys, we have them in my division. I don’t remember his name, he’s a grappler, a wrestler.” He beat Chiesa now. “ The moderators told him it was Sean Brady. “It’s good that if he got a chance to fight Belal Muhammad, for example, he would easily defeat him.”

The Chechen “Wolf” is simply annoyed that the old matadors are guarding their place and it is difficult for new fighters to break through to the top 10. “Give us a chance, stop us and then start talking,” he tells senior UFC colleagues, who sometimes tell the “newcomers” that they don’t deserve a match with them yet. But Khamzat himself can no longer complain, because this weekend he will face Gilbert Burns, the second man in the division’s rankings, and if he stops him, he will jump straight from the eleventh place to the position of the challenger.

The UFC 273 tournament starts fifteen minutes after midnight on Saturday to Sunday night, with the main part coming at 4:00 our time.