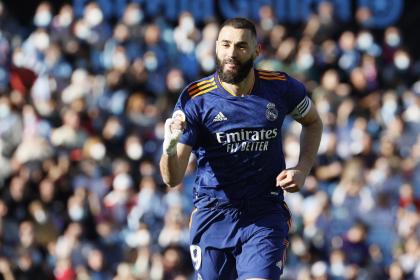 A vibrant match from start to finish was played at Balaídos, a pitch that has always been difficult for Real Madrid, and this was no exception. The madridistas went up on the scoreboard, and amidst the controversy, Celta dominated and equalized at the end of the first half. However, it was not worth it due to an offside by Iago Aspas although he did not touch the ball in Thiago Galhardo’s goal. Already in the complement, the annotation did count on the part of Nolito. Karim Benzema missed a penalty to get ahead on the scoreboard, and then he had a revenge that he did not miss. Final result, 1-2.

As soon as the match began, Celta de Vigo took possession of the ball in search of opening the scoring early. A filtered pass from Denis Suárez to Iago Aspas that the scorer faced, finished off and the defense rejected the corner. Madrid responded six minutes later from the right with a cross from Marco Asensio that Karim Benzema headed into the outside net.

About 13 minutes, a series of rebounds against the Madrid defenders who tried to reject, ended the ball with Nolito who gave it to Denis Suárez. The former Barcelona took a tremendous shot saved by Thibaut Courtois to the corner.

Casemiro found Vinicius joined in the center of the area, the Brazilian controlled, with little angle he took a shot that Matías Dituro saved. The game opened after 18 minutes with a foul by Nolito on Eder Militao in the area. Penalty for Karim Benzema in the background.

Despite the opening on the Madrid scoreboard, he lowered the revolutions again and lent the ball to Celta. It was filled with infractions against and the locals created danger in each one of them. A free kick from Iago Aspas looked for the angle, and Thibaut Courtois flew from post to post to save.

With five minutes to go in the first half, a cross to Thiago Galhardo equalized. A header that Courtois could not stop and between the stick and the goalkeeper, he entered slowly. However, Iago Aspas interceded in the action despite not touching the ball, and the score did not count.

Already in the complement, Celta struck again as in the first half. On 52 minutes, Javier Galán sent a low cross to the left and Nolito was firm, pushing the ball deep. This time, the celebration did count. Seeking to break the equality, Iago Aspas executed a free kick in the corner, nobody touched the ball that was poisoned in Thibaut Courtois’ goal.

A new penalty was made against Celta for an infraction by Colombian Jeison Murillo. Karim Benzema executed and Matías Dituro saved. Five minutes later, at 69, Kevin Vázquez lowered Rodrygo entered by Marco Asensio. Another maximum penalty that this time the Frenchman won the game against the Argentine.

Those from Vigo continued in search of equality, but the defensive back, and Federico Valverde stood in the way of those attempts. Final in Balaídos and an important victory for the people of Madrid who are still at the top, momentarily taking 15 points from Barcelona. Celta will visit Espanyol, while Real Madrid will face Chelsea and later will host Getafe.